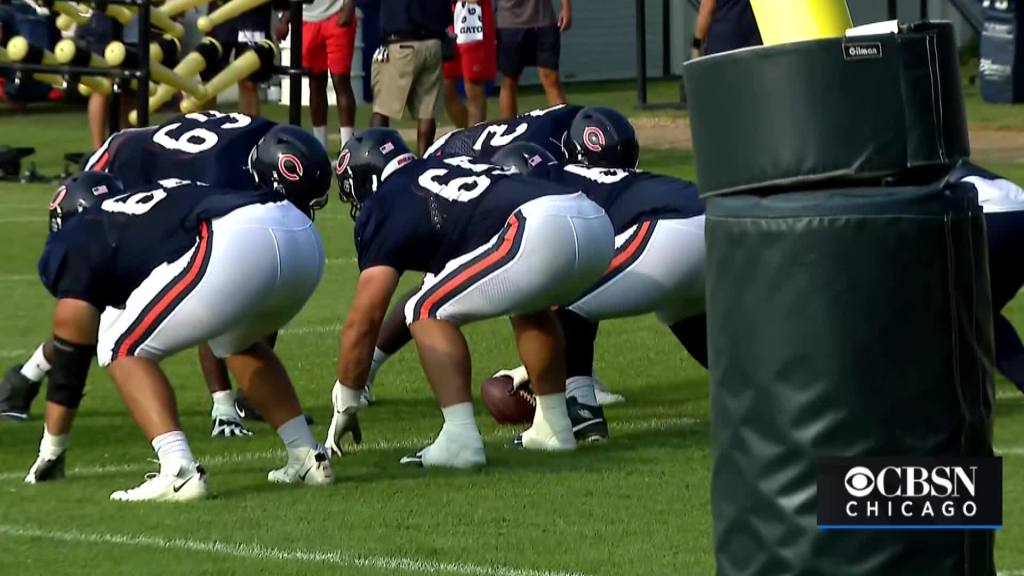 CHICAGO (CBS) — The Bears open the season against the Rams as more than touchdown underdogs, but we’ve got our eye on another line. Here are three things to watch Sunday.

Will The Bears Offensive Line Hold Up?

The Bears offensive front came together less than three weeks ago. Right tackle Germain Ifedi finally went through a training camp practice, right guard James Daniels started getting back into the flow of things, and the debate began over what weighs more when it comes to 39-year-old Jason Peters…his age or his Hall of Fame credentials? Against All-Pro defensive end Aaron Donald and the number one defense from 2020, we’ll find out quickly whether the o-line is closer to rock solid or paper mâché.

Try and not think about the Bears QB situation for a moment. Matt Stafford is out of Detroit and looking to write a Hollywood script with his new team and he’s got the cast to do it. Robert Woods, Cooper Kupp. Add the vertical threat of DeSean Jackson and Stafford has to be loving his new digs in LA more than the Fresh Prince. If the 12-year vet gets in a rhythm, look out.

Fields On The Field?

And finally, keep a lookout for Justin Fields. I know I know, I heard Matt Nagy every time he said it. Andy Dalton is the starting quarterback. Just because Fields isn’t starting doesn’t mean he won’t make it onto the field. When you have a quarterback that versatile and unique, it’s like being a sensible driver with a Nissan Altima in the driveway but a Maserati in the garage. You may only pull it out for special occasions but you will use it. The Bears have a special package for their first round pick. The only question is whether they see the right opportunity to use it in week one. We’ll all find out together Sunday night.