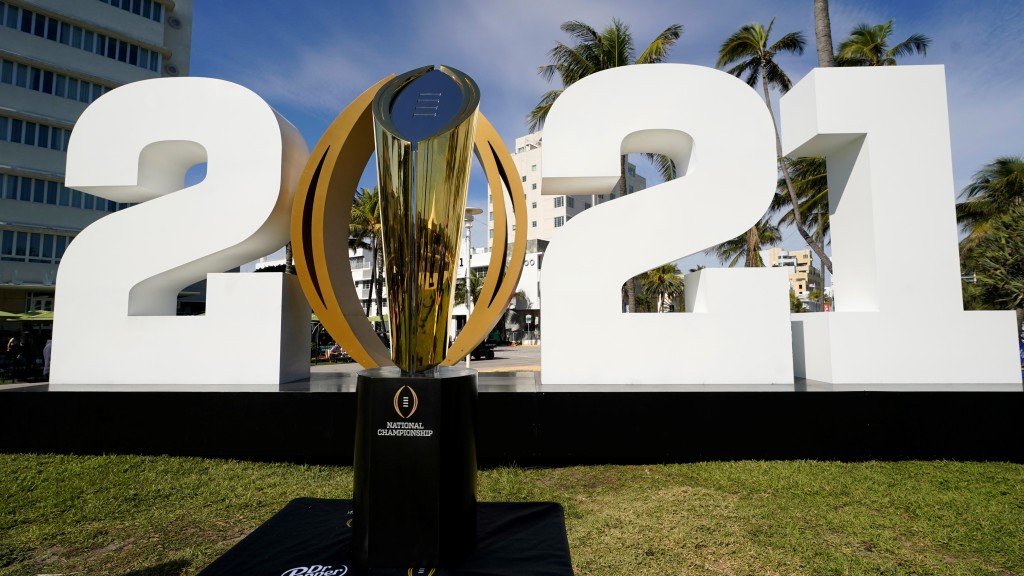 ROSEMONT, Ill. (CBS/AP) The college sports leaders who run the College Football Playoff have about four months to come to an agreement on a new format if expansion is to be implemented for the 2024 season.

If they cannot get it done by then, any change to the way major college football decides its national champion will have to wait until after the 2025 season.

That’s when the current television contract with ESPN expires. The conference commissioners who make up the CFP management committee met outside Chicago for four hours Tuesday.

They discussed issues that need to be hammered out before a decision on whether to expand is made.

The #CFBPlayoff #NationalChampionship Trophy Tour makes its last Saturday stop in September with its first @Big12Conference appearance of the year!

Copyright 2021 The Associated Press. All Rights Reserved. This material may not be published, broadcast, rewritten or redistributed.