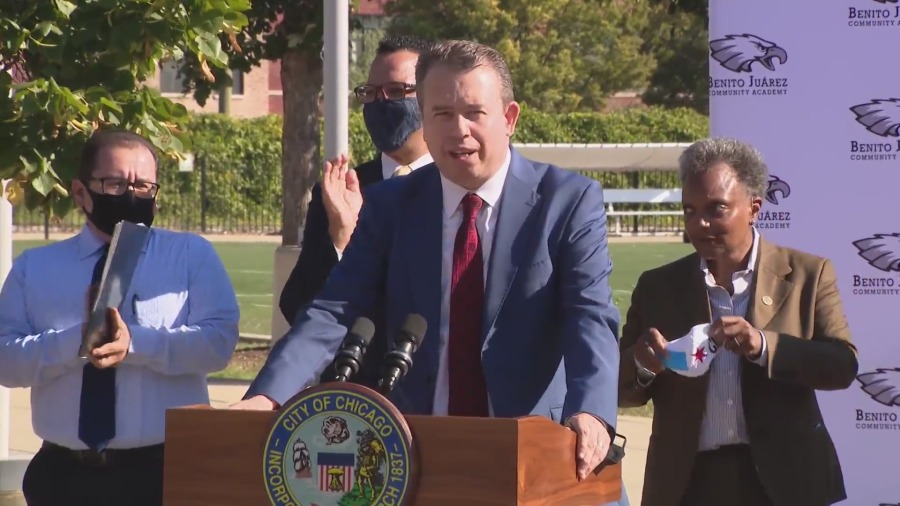 Pedro Martinez, a graduate of Benito Juarez High School, was announced Wednesday as the mayor’s pick out of 25 candidates. He will replace Janice Jackson who recently stepped down in May.

“I chose someone who I thought was an excellent leader and has a track record of success. I think his record speaks for itself. Just even looking at what he’s done in San Antonio taking a district that is extraordinarily poor, I would say by design given that it’s Texas, 93 percent of the kids live in poverty, took a district that started out when he was there at a grade level F and turned raised it to a grade level B,” Lightfoot said during a press conference Wednesday, introducing Martinez.

Martinez’s roots run even deeper with CPS — he is a former employee of the district. Currently, he is serving as the San Antonio Independent School District’s superintendent — a position he’s had since 2015.

Before becoming superintendent, he was in Chicago working under former CPS CEO Arne Duncan as a financial advisor.

San Antonio newspapers credit Martinez for improving the school districts academic accountability rating to a B rating from a C rating.

“I know what’s possible for our children. I know that our children can reach their full podetial and all of us united, we can achieve that. We can make Chicago the best district in the country,” Martinez said.

The San Antonio Report also says Martinez is a Mexico native who moved to Chicago when he was 5-years-old.

There are already some key hurdles Martinez may face. He’s coming from a school district that has a population of about 50,000 students, while cps has more than 300,000. He’s also coming to schools that are still dealing with COVID-19–and battles over remote learning.

Martinez will also face the continued battled between CPS and the Chicago Teachers Union. CTU has not yet issued a comment.

If approved, Martinez is aiming to start the new job in late September.

The Chicago Teachers Union released the following statement regarding the appointment of Pedro Martinez:

It is no secret that Chicago Public Schools is in a state of turmoil right now, with one charter campus shut down due to COVID-19, nearly 6,000 students in quarantine, and lagging behind on its program for COVID-19 testing of students and staff. Add to this, issues with transportation, special education and poor communication from Central Office to individual school communities, and it is clear that Mr. Martinez has a tall task ahead of him from day one.

The goal of our union remains unchanged — to collaborate in legitimate good faith in reaching a safety agreement with the district that respects the humanity of each and every person in our school buildings. Mr. Martinez returns to a different Chicago than the city he left in 2009, as we move toward an elected school board and embrace the return of full bargaining rights for teachers, paraprofessionals, counselors, clinicians, case managers and librarians.

Families, students and community organizations are empowered leaders now, and have rejected the charter proliferation, the mass firing of Black female teachers, weakened worker protections and top-down decision-making that were hallmarks of his time under former CPS CEO Arne Duncan.

Many of the failed strategies that our new CEO is accustomed to no longer exist in Chicago, as the experiments of education reform and privatization have proven to be a failure. Equity, justice and democracy, and student, parent and educator voice, are now at the forefront. Despite having no classroom or in-school experience, Mr. Martinez will have to be an independent thinker, a far better partner and collaborator than Mayor Lightfoot, and work with stakeholders to keep them safe, earn their trust and meet high expectations.

Students, educators and school communities have worked hard to create a new vision for our district, and for public education, and do not want a return to the economic and racial inequities of the Paul Vallas-Arne Duncan era. As is the case with previous new CPS CEOs, we hope Mr. Martinez respects and embraces the hard work and sacrifice that teachers, clinicians, paraprofessionals, counselors and librarians bring to their school communities every day. He should meet with educators, hear concerns, and make CPS families and school communities public and active participants in the governance of their district. 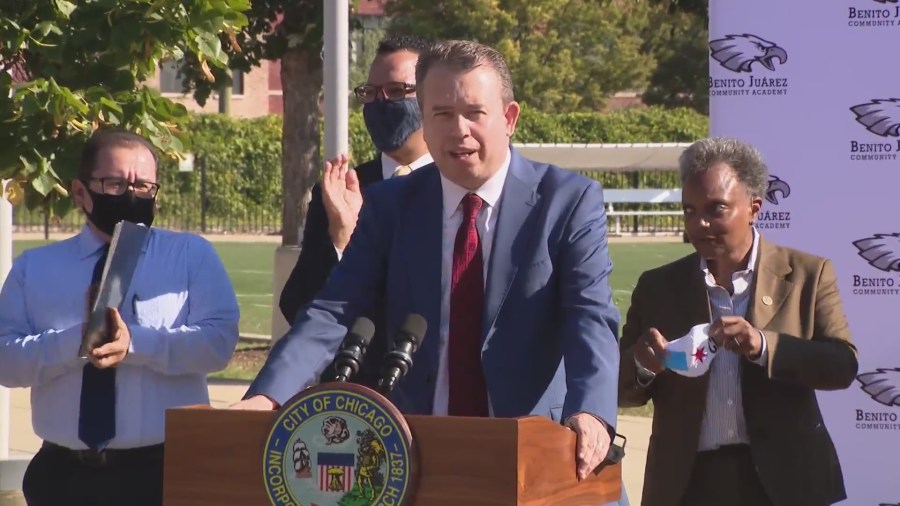