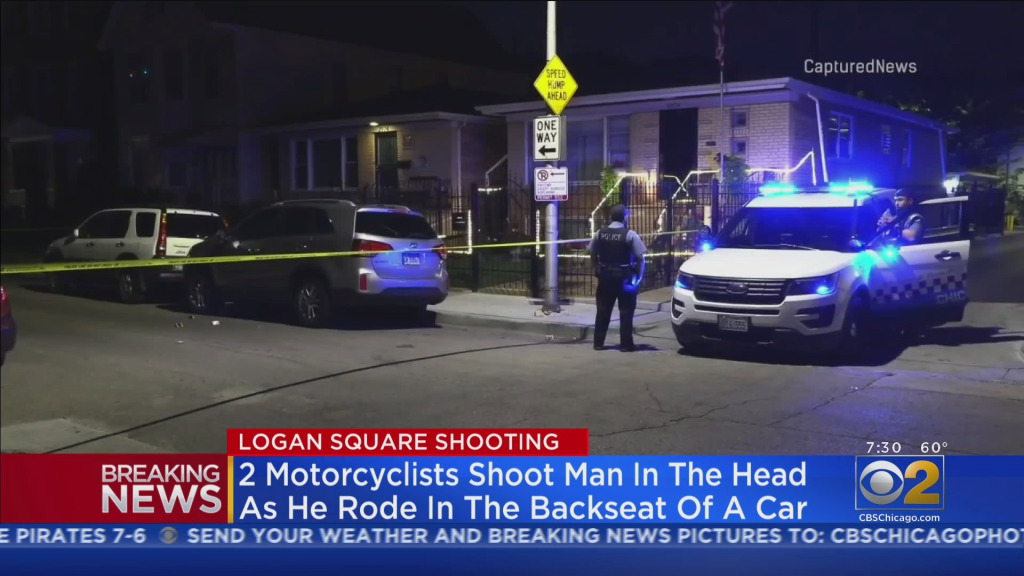 CHICAGO (CBS) — Police are investigating two separate shootings in Logan Square that killed a man and left another in critical condition.

Police responded to reports of a person shot in the 1600 block of North Central Park Avenue at about 11:50 p.m. and found a 41-year-old man lying between two parked cars with a gunshot wound to his chest. He was taken to Mount Sinai Hospital in critical condition and was later pronounced dead. Nobody is in custody and Area Four detectives are investigating.

In the 2900 block of North Lawndale Avenue just 20 minutes later, a 22-year-old man was riding in the back of a car when two unidentified motorcyclists pulled up next to the car and began shooting at it before fleeing the scene, police said. The victim was shot in the back of the head and was taken to Advocate Illinois Masonic Medical Center in critical condition. Nobody is in custody and Area Five detectives are investigating.