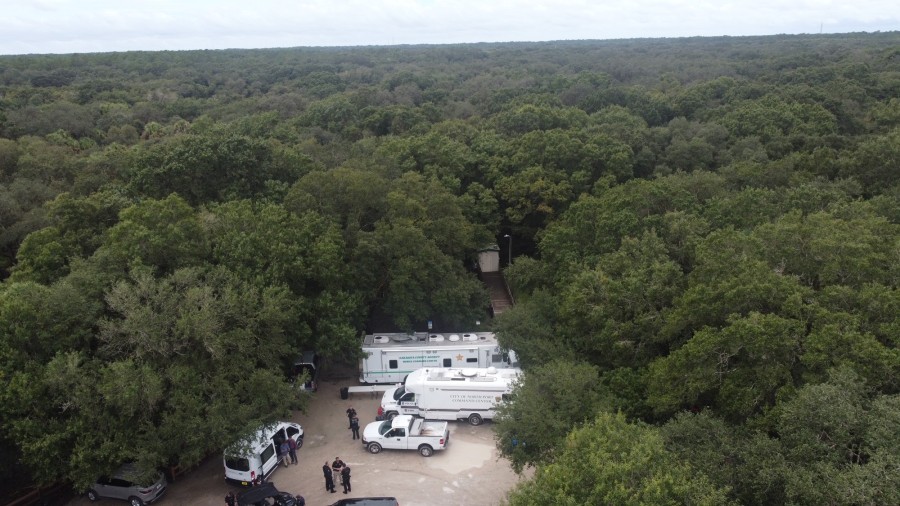 NORTH PORT, Fla. (WFLA) — The search for Brian Laundrie, 23, continues Sunday morning in Sarasota County as police and FBI agents follow a lead from Laundrie’s parents, who say he left their house Tuesday in hiking gear and hasn’t been seen since.

The search first focused on the 200 acres around the Myakkahatchee Creek Environmental Park before spreading to the 25,000-acre Carlton Reserve in Sarasota County. Josh Taylor, public information officer for the North Port Police Department, said Laundrie could be in danger.

“I think that’s fair to say,” Taylor said. “I mean, you have someone there’s an enormous about of pressure on him to provide answers about what’s going on here.”

Laundrie is the fiancé of Gabby Petito, who has been missing for weeks after going on a cross-country trip with Laundrie. He came home alone to North Port in the van that the two had been traveling in and hasn’t given police any information as to where she might be.

“We’ve got 50-plus folks searching,” Taylor said. “We’ve got drones in the air, bloodhounds, K-9s, four-wheelers, side by sides … it’s very wet.”

Dozens of people from multiple agencies including North Port Police, FBI, and Florida Fish and Wildlife are searching the 200-acre park again Sunday.

Jennifer Anderson of North Port has been watching the news unfold and calls the situation tragic.

“I just feel for the parents because I have 20-year-olds,” Anderson said. “It’s a sad story; it really is. I just hope they can get a resolution and get it resolved.”

‘Certainly a twist’: Agents search in Wyoming for Gabby Petito, in Florida for fiancé Brian Laundrie

The search not only hits close to home emotionally but physically too. The search for Laundrie is happening in her front yard, dozens of law enforcement cars are surrounding her home.

“It’s crazy, really,” Anderson said. “Normally this is a very peaceful park-like setting so it’s crazy to wake up and see your house surrounded by police.” 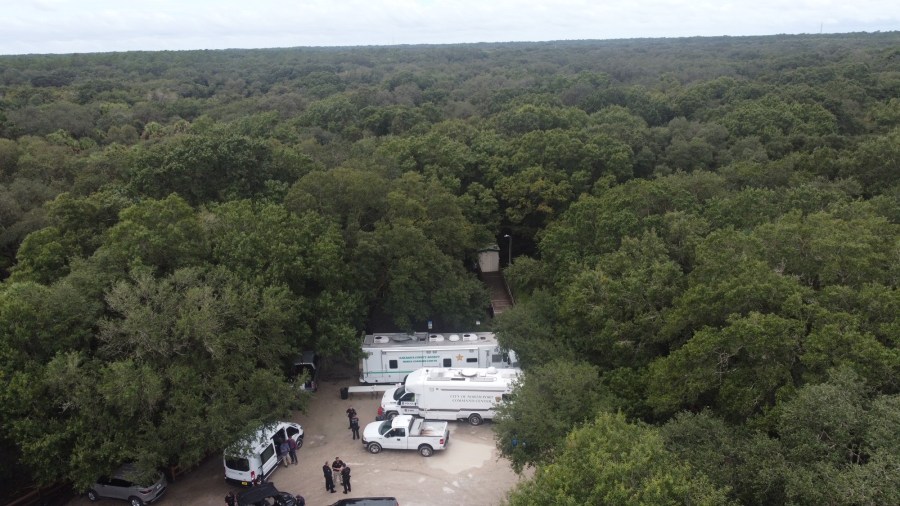