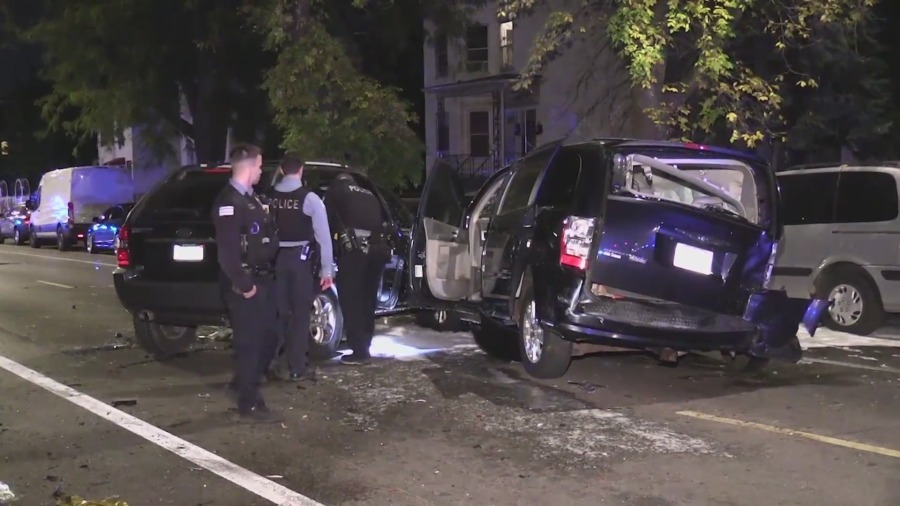 CHICAGO — Three people were injured after a carjacking in Belmont Cragin led to a fiery crash involving eight vehicles.

Police said a man, 30, was sitting in his Kia Sportage on the 5100 block of West Montana Street around 2 a.m. Saturday when two men forced him out of his car at gunpoint and took off with the vehicle.

The owner of the Kia then hopped into a nearby van to follow the carjackers. He got about a half mile before he crashed into another car on North Laramie Street.

Police said the 30-year-old and carjackers in the Kia then crashed into several parked cars. A total of eight vehicles were involved. The stolen Kia then caught on fire and the carjackers ran from the scene.

The 30-year-old and two others inside the van were injured and taken to Stroger Hospital. They are expected to be OK. 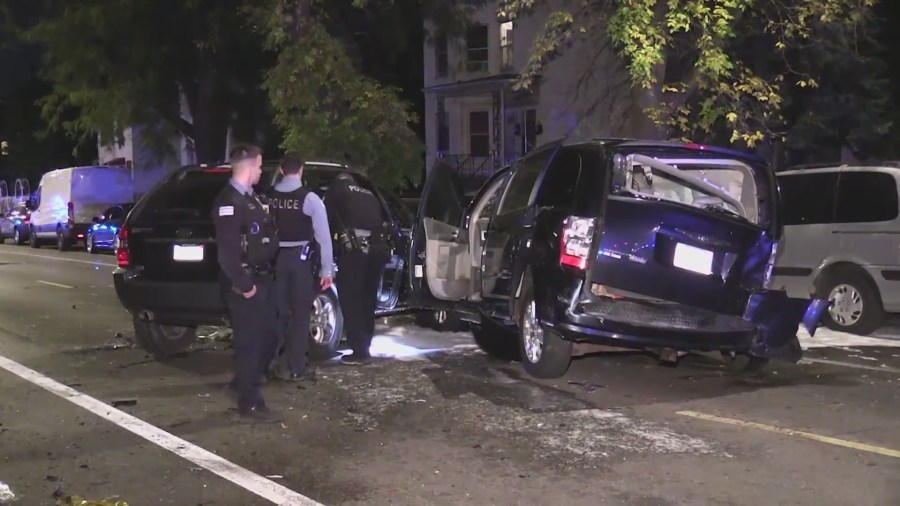