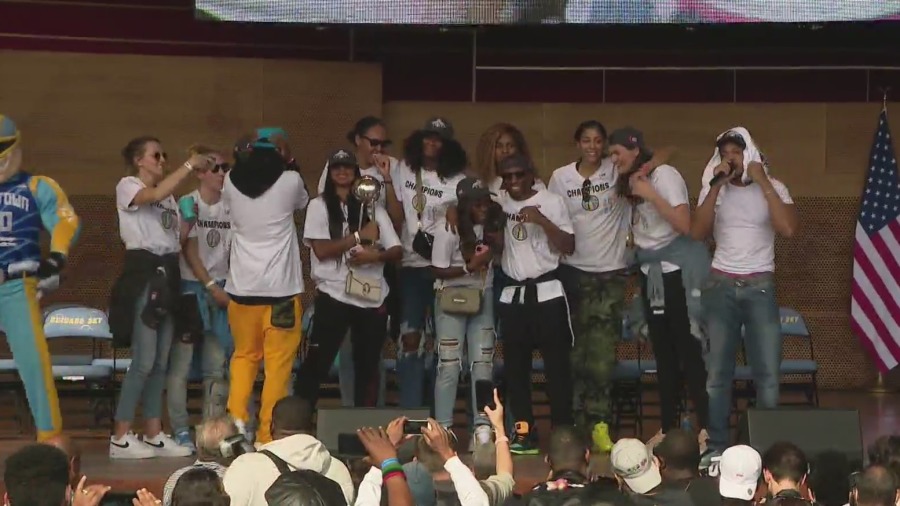 CHICAGO — Chicago came out to honor the Sky and the team’s big win.

The city hosted a celebration for the WNBA champions at Millennium Park Tuesday.

The party began with a parade that stepped off at the team’s home base of Wintrust Arena,

Buses with the team traveled north on Michigan Avenue from Roosevelt Road to Randolph Street.

Players arrived to a rally at Pritzker Pavilion.

Coaches and players also spoke and Chance the Rapper performed.

Rolling street closures are expected to start after 10 a.m. on Indiana Avenue from 21st Street to Cermak Road, as well as on Michigan Avenue from Roosevelt Road to Randolph Street. Streets will be reopened after the motorcade passes.

The Sky won their first WNBA championship with a 80-74 victory over the Phoenix Mercury on Sunday. 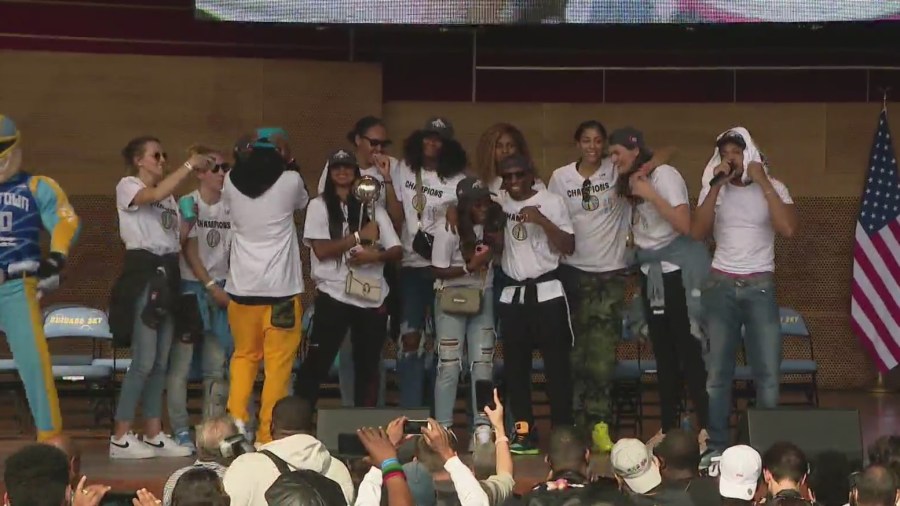