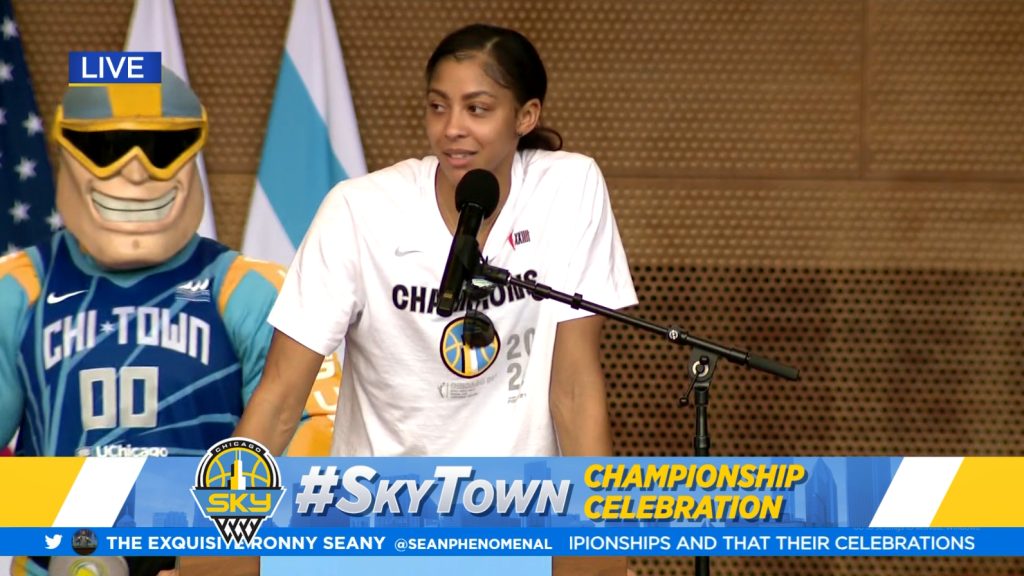 CHICAGO (CBS) — After 13 years with the Los Angeles Sparks, Candace Parker came home to Chicago to play for the Sky, and it immediately paid off, as the Naperville native helped lead her new team to its first WNBA title.

As she joined her teammates at the team’s championship rally in Millennium Park, she said it was a moment she has been dreaming of since she was a child watching the Michael Jordan-era Chicago Bulls win six NBA titles in the 1990s.

“I remember watching the Chicago Bulls parades and the Chicago Bulls rally on television, and just like dreaming of being in that moment; like, dreaming of being and bringing a title to your hometown,” she said. “To do it with this special group in front of a city that showed up, we turned up at Wintrust. Like, everybody that showed up, thank you.”

Sky coach James Wade said, after falling short in the WNBA Playoffs in 2019 and 2020, the team made it a priority to bring in Parker as a free agent this season.

“It was like, ‘Look here, what’s going to put us over the top?’ And so we called CP3, the real CP3, and we said, ‘Hey, what is it going to take for you to come home? Do I have to order you some Portillo’s every day?’ I was like, ‘Look, I’ll be your chauffeur, I’ll do anything you need me to do,’” Wade said. “What happened after that, it was amazing, because she came because of the players on our team.”

As the team celebrated its WNBA title at Millennium Park, Parker also made a point to thank the team’s director of basketball operations and strength and conditioning coach, Ann Crosby, the longest-tenured employee of the Chicago Sky.

“Ann Crosby is synonymous with Chicago Sky,” Parker said. “When you say Chicago Sky, you cannot not say Ann Crosby, and I want to say thank you for the many millions of jobs that you do.”