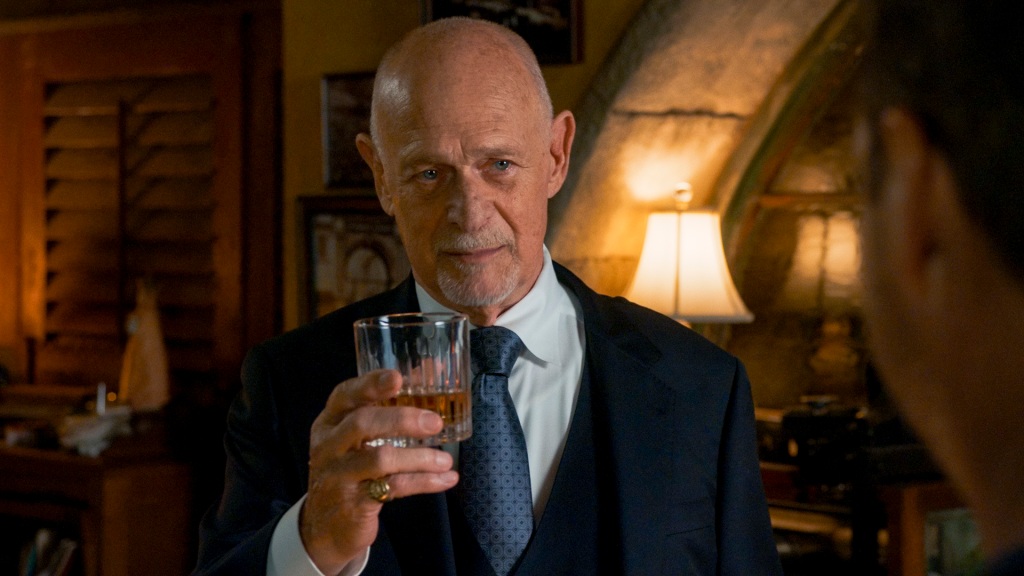 (CBS) – NCIS: LA is back with a brand-new episode, “Indentured,” coming Sunday, October 24th starting at 9:30PM ET/PT on CBS and available to stream with Paramount+.

MW- Hi Gerald. good to see you today! How does it feel to be a full time regular on the on NCIS: LA at last?

GM- I am pumped I’m coming to work every day on this show and it’s incredible fun. I feel almost guilty taking money for it.

MW- But you still will take the money, right?

GM- Straight to the bank [laughs].

MW- You’ve played Admiral Hollace Kilbride for a number of years now. What are some of your favorite qualities about him?

GM- Well, I think his sense of duty, more than anything else. He is a bit irrational and a bit condescending as a critic of human nature. I like that about him.

MW- Does anything change for you playing him now that you are a series regular or it’s the same process just more of it?

GM- He’s a guy with more responsibilities this season, The Admiral will officially be in charge of the unit. So that has changed but I don’t think anything will appreciably change about the character. It’s just my attitude if it ain’t broke, don’t fix it.

MW- It certainly isn’t broke with NCIS: LA in it’s 13th season. What do you think it is about the show that’s allowed it to stay so successful?

GM- It always starts with good writing and then it’s one of the best casts on television. These are incredibly good people to work, with very serious about the work that they do and not serious at all about their personalities.

There’s not a prima donna in the whole room, which is a great comfort. Believe me, especially at my age, having done this for so long, I don’t have a lot of patience for prima donnas. I’m very delighted to be on this show.

MW- As we look forward to this new episode, what do we have in store?

GM- A few feathers get ruffled because the guy who is the bad guy, if you will, in this particular episode is an old friend of Kilbride’s. I think some of the team members think that the Admiral is perhaps covering for up a little bit. The Admiral has his sense of duty and his way of doing things though and now that he’s in charge things will be done his way or not at all. If you don’t want to do it his way then bye bye.

MW- Get on the train or get off the tracks.

MW- Well thank you so much Gerald, it’s been great to speak with you and all the best moving forward.

GM- My pleasure, thank you.

NCIS: LA returns with a brand-new episode on Sunday, October 24th at 9:30PM ET/PT on CBS and streaming with Paramount+. Check your local listings for more information.