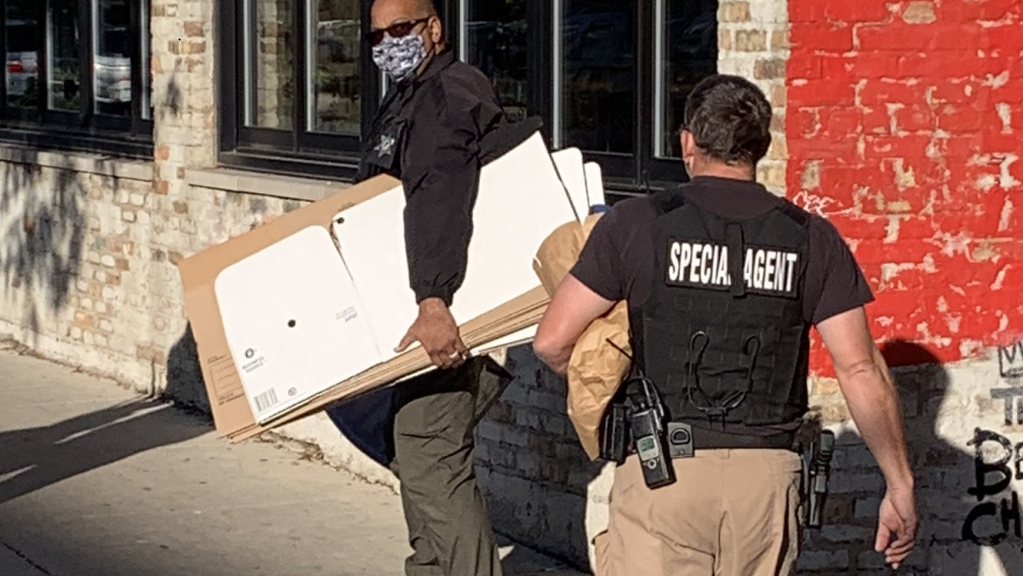 Chicago police officers and employees with the city’s building department were taking pictures inside the Parlor Pizza restaurant, 405 N. Dearborn.

Parlor Pizza is tied to a state investigation with police and investigator presence at locations now.

Employees that showed up to work were turned away.

Closed by city’s Department of Buildings.

Parlor’s West Loop location closed and quiet from the outside but several law enforcement officers are sitting inside, with boxes stacked on tables @TaraMolinaTV @cbschicago pic.twitter.com/5pQGMHVSg3

Employees who showed up to work in River North are locked out and had no idea what was going on, CBS 2’s Tara Molina reported.

An official with Chicago’s Business Affairs and Consumer Protection department have active, applicable licenses and “are in good standing.” The Chicago office of the Federal Bureau of Investigation said it was not part of today’s action.