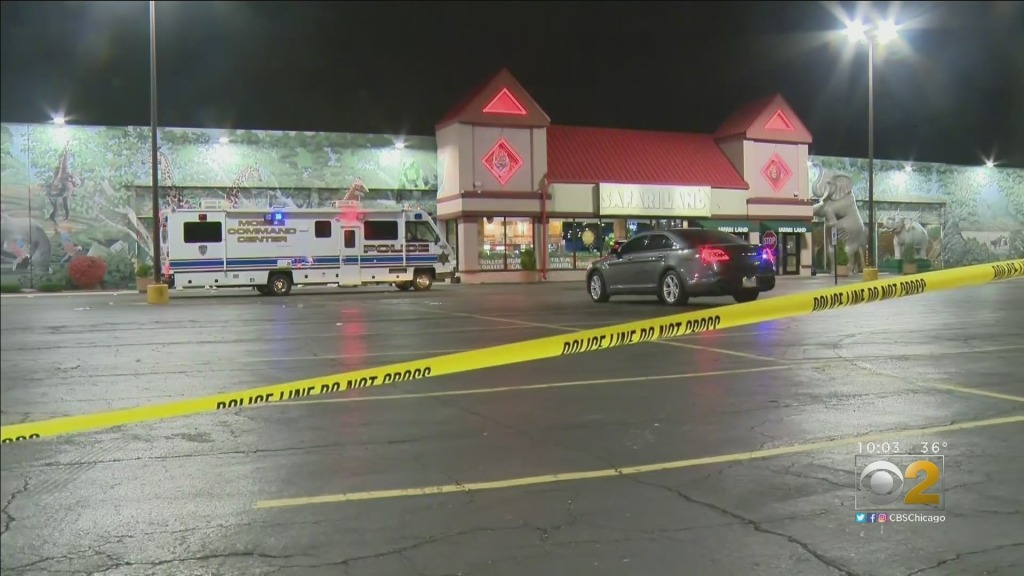 CHICAGO (CBS) — A suspect has been taken into custody early Sunday morning for the shooting inside Safari Land Saturday evening that left one person injured. The arrest comes after Villa Park police suspended the search for the shooter in the area.

According to police, the suspect, a Black man wearing a black jacket with white writing, blue jeans and a black baseball cap was seen running into the residential area near Lincoln and Roy following the shooting at the indoor family amusement center located in the Villa DuPage Shopping Center at 701 W. North Ave.

Police were actively searching for the suspect around 8:30 p.m. and warned people to stay away from the area and call 911 if they see anyone suspicious in the area but later said the search was suspended locally.

The police chief said the suspect was not believed to be in the area anymore around 10:30 p.m.

The victim was hospitalized and is expected to survive, but details on what led to the shooting are unclear.

The business is normally full of children and families, witnesses said.

“This is not possible, because families come here for enjoying, for children.. place for the children.. place for family coming here and be comfortable. So I don’t know what happened,” said Maria Plancarte, who works at a nearby business. “I’m scared. Everybody’s scared, too.”

The police chief would not say where law enforcement was searching for the suspect Saturday night.