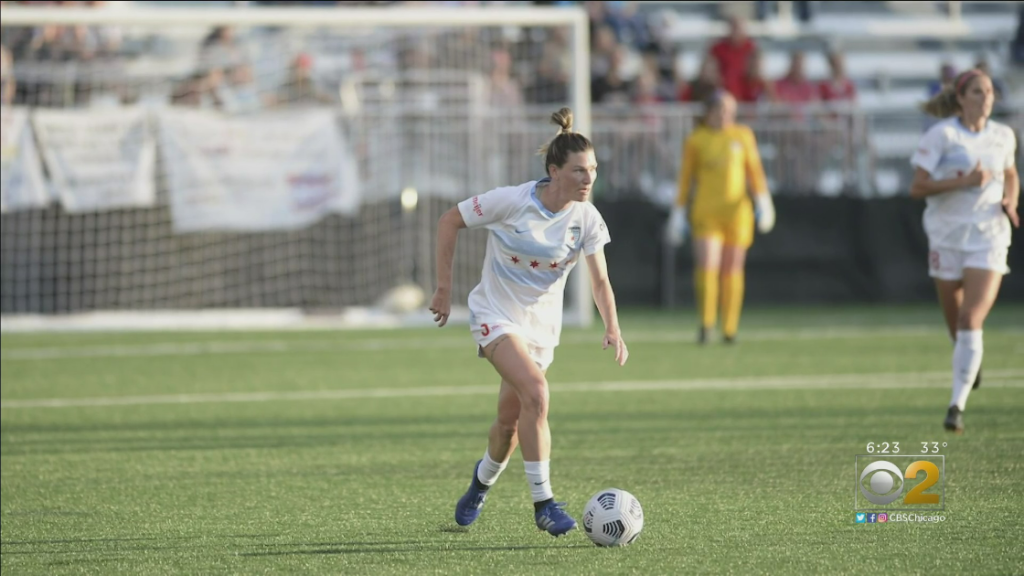 CHICAGO (CBS) — Chicago Red Stars ­­­were unable to win their first NWSL championship as they fall against the Washington Spirit 2-1 on Saturday.

In the final five minutes of the first half, forward Rachel Hill put the Red Stars in the lead with a 1-0 lead, but Washington midfielder Andi Sullivan answered back with a penalty kick that tied the game followed by a goal from rookie defense Kelley O’Hara.

The Red Stars tried to keep their defense strong avoiding potential goals from Washington leading into extra time. The momentum of the team shifted their as midfielder Vanessa DiBernardo and forward Mallory Pugh was taken out for the rest of the game after sustaining an injury. Forward Kealia Watt was also unable to play following her injury in the semi-final against Portland last Sunday.

In the final 15 minutes of extra time, Aubery Bledsoe prevented the Red Stars last two attempts to tie the game to go into penalty for the game.

The Red Stars got a win and a tie in their two previous matches with Washington earlier in the season.