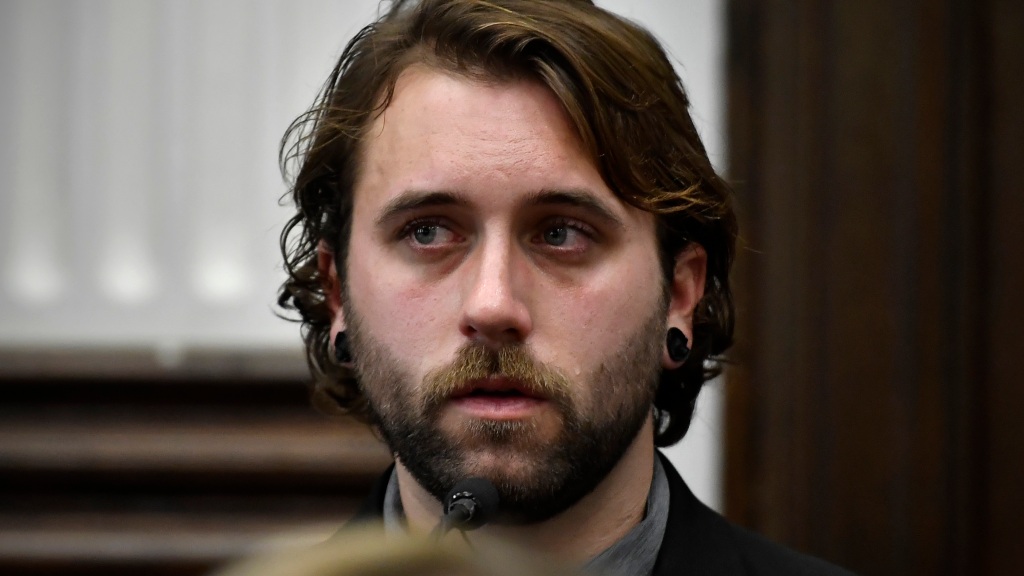 CHICAGO (CBS) — Gaige Grosskreutz, a man who was shot and injured by Kyle Rittenhouse during the civil unrest in Kenosha last summer, took the witness stand Monday at Rittenhouse’s trial, telling jurors he thought “I was going to die.”

Grosskreutz is the only one of three people shot by Rittenhouse who survived, and is a key witness for the prosecution.

Jurors in Rittenhouse’s trial have been shown several clips of live streams from the night of the shooting, including the moments Rittenhouse shot Grosskreutz and Anthony Huber, just moments after he’d also shot Joseph Rosenbaum, whose shooting was not caught on video.

Grosskreutz, a certified emergency medical technician, testified he was trying to stop Rittenhouse as he was running down the street in Kenosha after he’d shot Rosenbaum, because he believed Rittenhouse was an active shooter.

Grosskreutz acknowledged he was holding a handgun as he approached Rittenehouse, but said he and Huber were only trying to detain and disarm Rittenhouse, not to kill him.

When jurors were shown video of the moment Rittenhouse shot Huber, prosecutors asked Grosskreutz what was going through his mind.

“That I was going to die,” Grosskreutz said.

On cross-examination, defense attorney Corey Chirafisi sought to portray Grosskreutz as dishonest in his description of the moments right before he was shot, with Chirafisi asserting that Grosskreutz was chasing Rittenhouse with his gun out.

Grosskreutz said he was not chasing Rittenhouse.

Chirafisi also pointed to Grosskreutz’s lawsuit against the city of Kenosha, in which he alleges police enabled the violence by allowing an armed militia to have the run of the streets during the demonstration.

“If Mr. Rittenhouse is convicted, your chance of getting 10 million bucks is better, right?” Chirafisi said.

Rittenhouse, now 18, is on trial on charges of killing Huber and Rosenbaum and wounding Grosskreutz during the turbulent protest in the summer of 2020.

The one-time police youth cadet from Antioch, Illinois, had gone to Kenosha with an AR-style semi-automatic rifle and a medical kit in what he said was an effort to safeguard property from the damaging demonstrations that broke out over the shooting of Jacob Blake, a Black man, by a white Kenosha police officer.

At the defense table, Rittenhouse kept his eyes on Grosskreutz as he testified, taking detailed notes when the witness spoke about the moment he was shot.

Rittenhouse has said he was acting in self-defense when he shot Grosskreutz, Huber, and Rosenbaum, but prosecutors have argued it was Rittenhouse who instigated the violence that night in August 2020.

The trial is in its fifth day of testimony, and is expected to last two to three weeks.

The defense plans to call a use of force expert to testify on Rittenhouse’s behalf.