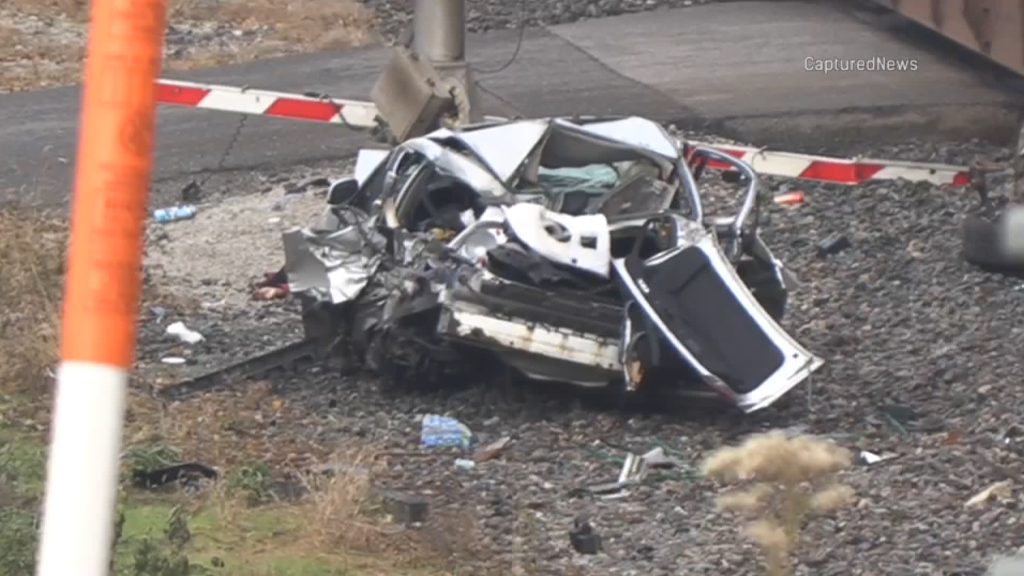 CHICAGO (CBS) — A woman and two children were killed when a CSX freight train hit a car that went around a set of crossing gates in Gary, Indiana.

Gary Police said officers responded to the crash around 7:20 a.m. at the Howard Street crossing between Miller Avenue and 6th Place, and found three people who had been thrown from the car, and were pronounced dead on the scene.

The Lake County Coroner’s office identified the victims as 37-year-old Shermika Herbert, 13-year-old Deyki Mitchell, and 11-year-old Deniya Brown. It’s unclear how the three are related, but officials said they all lived at the same address in Gary.

A witness who was waiting at the crossing said when the gates started coming down, one car went over the tracks, and made it through the crossing before the train. That’s when she saw the silver Chevy pull around her car and attempt the same move.

“A guy comes from behind me, and goes around myself and another car, and like the train is right there, and I just knew he was going to stop. I’m like, there’s now way he’s going to try to beat this train, and he tried it. He tried it, and the train hit the back of the car, and I saw him fly out of it,” Tishri Williams said. “It was like a blur. I got out, the person in front of me got out. I was screaming, he was screaming. I had to pull myself together so I could call 911.”