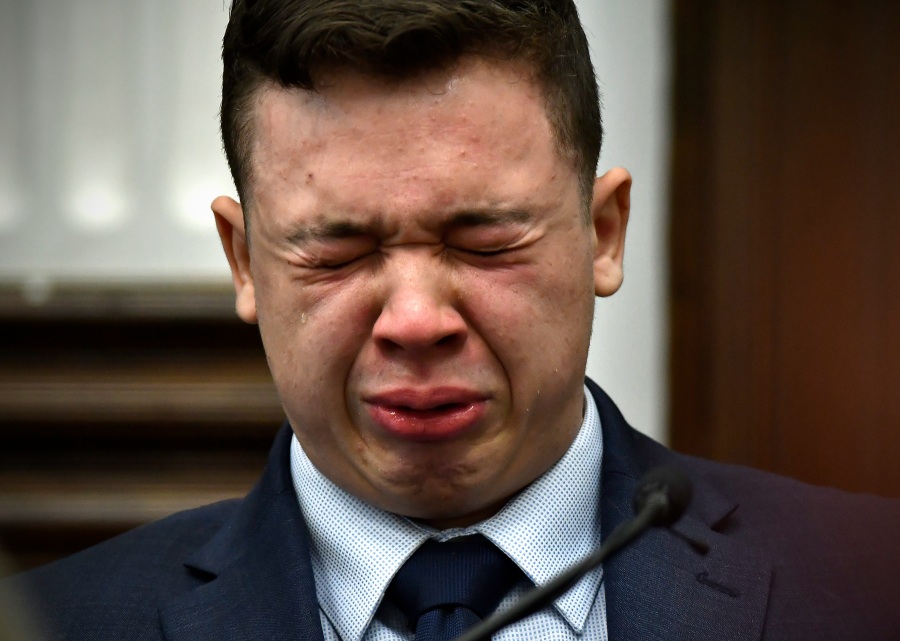 KENOSHA, Wisc. — Kyle Rittenhouse broke down in tears and sobbed as he took the stand in his own defense Wednesday during week two of his murder trial.

The teen broke down as he described the events on the night of the fatal shootings that took place during unrest in Kenosha following the shooting of Jacob Blake, a black man, by a white police officer. His mother was seen also getting emotional and the judge called for a break.

Rittenhouse said he opened fire during the protests after a man chased him down and put his hand on the barrel of the teen’s rifle.

He said that after he shot and killed Rosenbaum, he shot another man in the street, Anthony Huber, after Huber struck him in the neck with his skateboard and grabbed the rifle.

When a third man, Gaige Grosskreutz, “lunges at me with his pistol pointed directly at my head,” Rittenhouse shot him, too, wounding him.

“I didn’t do anything wrong. I defended myself,” Rittenhouse said.

Prosecutors asked the teen if he used deadly force against the two men he fatally shot. Rittenhouse replied yes. He said, however, he did not intend to kill the men. He “intended to stop the people who were attacking” him.

Rittenhouse said he believed he had just as much of a right to be at the protests as anyone else.

Judge Bruce Schroeder at one point berated the prosecutor over questioning of the defendant. Prosecutor Thomas Binger wanted to bring up a prior shooting in which Rittenhouse was there with friends and said that he wished he had his gun with him.

The judge was visibly upset as he screamed at the prosecutor for violating a pre-trial ruling. The judge said told Binger he should be well aware of the law and was “astonished” Binger would comment on Rittenhouse’s pre-trial silence as that is a “well-known rule.”

Rittenhouse responded no when asked by defense attorney Mark Richards whether he came to Kenosha looking for trouble.

Rittenhouse was 17 when he went to Kenosha in the summer of 2020 with an AR-style semi-automatic rifle and a medical kit in what he has said was an effort to safeguard property from the unrest that broke out over Blake’s shooting. Blake was left paralyzed.

Rittenhouse said on the night of the protests, Rosenbaum threatened to kill him twice. The statement differs from what a previous witness said about Rosenbaum’s actions.

Jason Lackowski, a former Marine, testified that Rosenbaum was acting “belligerently” that night but did not appear to pose a serious threat to anyone. Lackowski, who was called as a witness by the prosecution, said he considered him a “babbling idiot” and turned his back and ignored him. He admitted he didn’t see everything that went on between Rittenhouse and Rosenbaum, including their final clash.

Before he was put on the stand, defense witness, Jacob Marshall, Rittenhouse’s roommate, says he “100% made up” a Facebook post that stated Gaige Grosskreutz’s only regret was not killing Rittenhouse.

Marshall says he took that post down immediately after all the harassment he and family members were receiving.

When asked about the post where he states emptying a magazine, Marshall says he was just trying to stick up for his friend. He says it was bad judgement on his part and it was “out of pure anger on his part.”

While Rittenhouse is white, as were those he shot, the case has stirred debate over vigilantism, the right to bear arms and the unrest that erupted around the U.S. that summer over the killing of George Floyd and other police violence against Black people.

The prosecution rested Tuesday after introducing drone video that offered jurors a new view of Rittenhouse’s fatal shooting of Rosenbaum — the event that sent Rittenhouse hurrying away from the scene, quickly pursued by other protesters who sought to stop him.

Wisconsin’s self-defense law allows someone to use deadly force only if “necessary to prevent imminent death or great bodily harm.” The jury must decide whether Rittenhouse believed he was in such peril and whether that belief was reasonable under the circumstances. 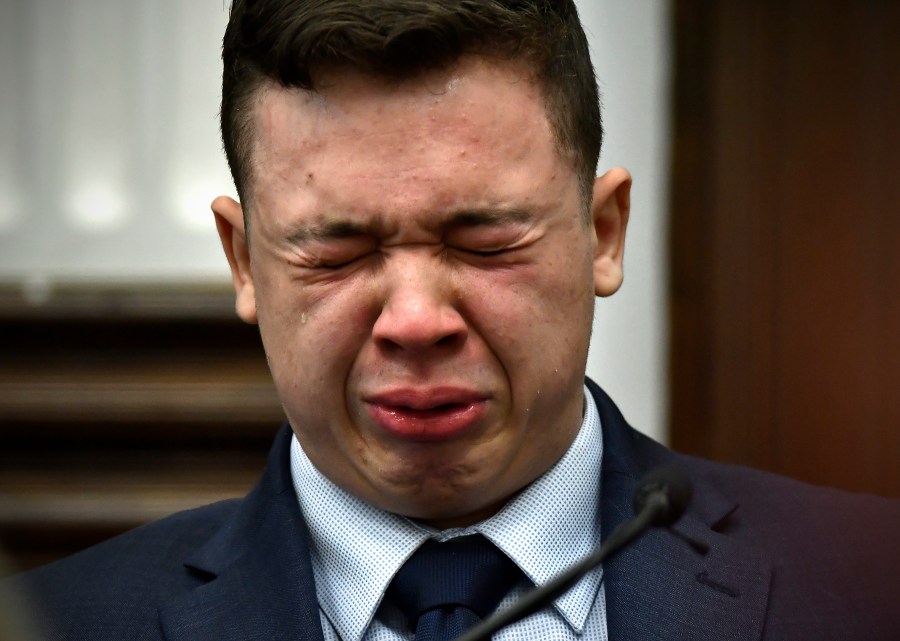