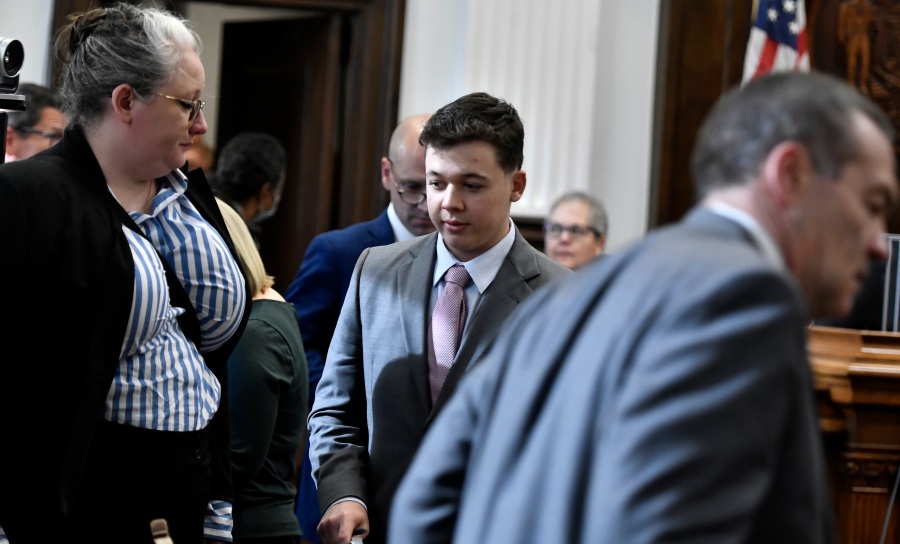 KENOSHA, Wisc. — Opening statements began Tuesday at the murder trial of Kyle Rittenhouse, with a prosecutor detailing the young man’s shooting of three people who were out on the streets of Kenosha during a protest against racial injustice last year.

Prosecutor Thomas Binger described what he said were “two of the roughest nights that our community has ever seen” before the shooting, when Kenosha was rocked by rioting, arson and looting over the police wounding of a Black man.

“Like moths to a flame, tourists from outside our community were drawn to the chaos in Kenosha,” he said.

But Binger repeatedly said that amid the hundreds of people in Kenosha and the anger and chaos in the streets, “the only person who killed anyone is the defendant, Kyle Rittenhouse.” The shootings left two people dead and one person wounded.

Rittenhouse was a 17-year-old aspiring police officer when he traveled to Kenosha from his home in Illinois, just across the Wisconsin state line, in August 2020 after protests broke out over the shooting of a Black man, Jacob Blake, by a white Kenosha police officer.

Rittenhouse said he went there to protect property after two previous nights in which rioters set fires and ransacked businesses.

The jury — selected with remarkable speed in just one day Monday, considering how politically polarizing the case has become — must decide whether Rittenhouse acted in self-defense, as his lawyers claim, or was engaged in vigilantism when he opened fire with an AR-15-style semiautomatic rifle.

Rittenhouse, now 18, faces a mandatory life sentence if convicted of the most serious count against him, first-degree intentional homicide, which is Wisconsin’s top murder charge.

Binger told the jury that self-defense can be a defense only if Rittenhouse reasonably believed that he was using deadly force to prevent imminent death or great bodily harm.

The prosecutor repeated that hundreds of people saw the same chaos and arson and experienced the same tear gas from police, but only one person killed anyone. “When we consider the reasonableness of the defendant’s actions, I ask you to keep this in mind,” he said.

Binger emphasized, too, that one of those gunned down, Joseph Rosenbaum, was killed by a shot to the back. The prosecutor noted that the first two shots hit Rosenbaum in the lower extremities, causing him to fall forward. Then came the shot to the back.

Binger also said Rittenhouse initiated the confrontation with Rosenbaum, and after he shot him, fled the scene instead of rendering aid, despite portraying himself as a medic earlier in the night. The others who were shot afterward “clearly believed” Rittenhouse was an active shooter when they tried to stop him, the prosecutor said.

Rittenhouse looked on in apparent calm in a dark pinstriped suit and tie. He occasionally fidgeted with a water bottle or glanced toward the jury box. His mother, Wendy Rittenhouse, sat behind him on a spectators’ bench.

About a dozen prospective jurors were dismissed Monday after they expressed strong opinions about the case or worried that they couldn’t be fair. Others worried about their personal safety. “No one wants to be sitting in this chair,” one woman said.

1 year after shooting, family of Jacob Blake says he’s in pain ’90 percent of the day’

“I figure either way this goes you’re going to have half the country upset with you and they react poorly,” said another woman, a special education teacher who expressed anxiety about serving. She was chosen.

Twenty people in all were selected: 12 jurors and eight alternates. Eleven are women and nine are men. The court did not immediately provide a racial breakdown of the group, but it appeared to be overwhelming white.

Rittenhouse has been painted by supporters on the right — including foes of the Black Lives Matter movement — as a patriot who took a stand against lawlessness by demonstrators and exercised his Second Amendment gun rights. Others see him as a vigilante and police wannabe.

He is white, as were those he shot, but many activists see an undercurrent of race in the case, in part because the protesters were on the streets to decry police violence against Black people.

As jury selection got underway, Circuit Judge Bruce Schroeder stressed repeatedly that jurors must decide the case solely on what they hear in the courtroom, and cautioned: “This is not a political trial.”

“It was mentioned by both political campaigns and the presidential campaign last year, in some instances very, very imprudently,” he said.

The judge said Rittenhouse’s constitutional right to a fair trial, not the Second Amendment right to bear arms, will come into play, and “I don’t want it to get sidetracked into other issues.”

One of the jurors is a gun-owning woman with a high school education who said she was so afraid during the protests that she pulled her cars to the back of her house and made sure her doors were locked. She said she went downtown in the aftermath and cried.

Another juror, a man, said he owns a gun and has it for “home defense.” Another is a pharmacist who said that she was robbed at gunpoint in 2012 but that it would have no effect on her ability to weigh the evidence in this case.

Bystander video captured Rosenbaum chasing Rittenhouse but not the actual shooting. Video showed Huber swinging a skateboard at Rittenhouse before he was shot. Grosskreutz had a gun in his hand as he stepped toward Rittenhouse.

Rittenhouse faces two homicide counts and one of attempted homicide, along with charges of reckless endangering and illegal possession of a dangerous weapon by a person under 18. 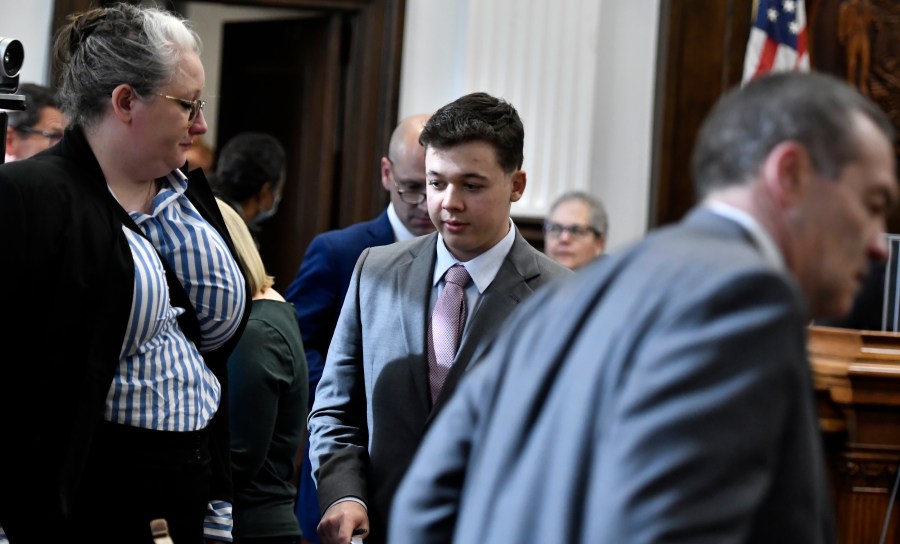