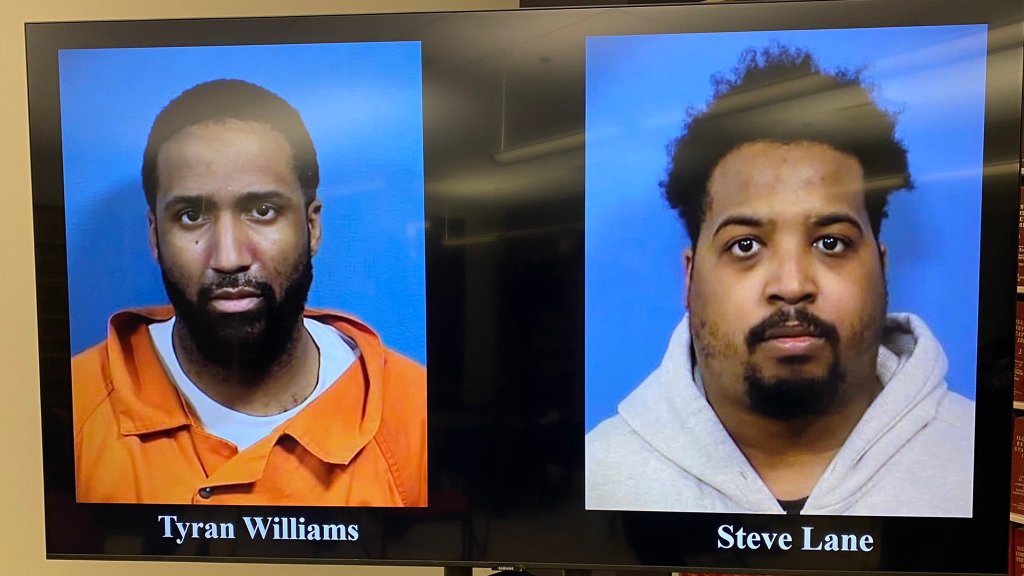 CHICAGO (CBS)– Two men have been charged in a shooting that took place at Oakbrook Center mall.

Prosecutors said Williams came to the mall with a gun. Officials said at some point, Williams and Lane fired shots at each other at the packed mall.

On Wednesday, the judge set bond for the suspects at $1 million. They will have to be on electronic monitoring if they bond out. The next court date for Williams is January 20 and January 19 for Lane.

On Dec. 23, six people, including Williams, were shot at near Ann Taylor and Auntie Anne’s Thursday shortly before 6 p.m.

An officer, who ran out of Nordstrom after hearing shots, saw two men shooting at each other and a companion with one of the two.

Police released a photo of the person they are searching for, saying at the time of the shooting, he was wearing a blue puffy jacket and tight dark jeans. They also asked that anyone who lives near Oakbrook Center check their security video for him or anything that might give information about the incident.

This is who we are looking for. Do you know this person? If so or any other information regarding the shooting at Oakbrook Center, please contact Administrative Sergeant Reid Foltyniewicz via e-mail at RFoltyniewicz@oak-brook.org or phone (630) 368-8746. Thank you! pic.twitter.com/APYkA80qCM

Officials said the third suspect was seen with Lane.

The motive for the shooting is not clear. Prosecutors did mention there may have been beef over social media.