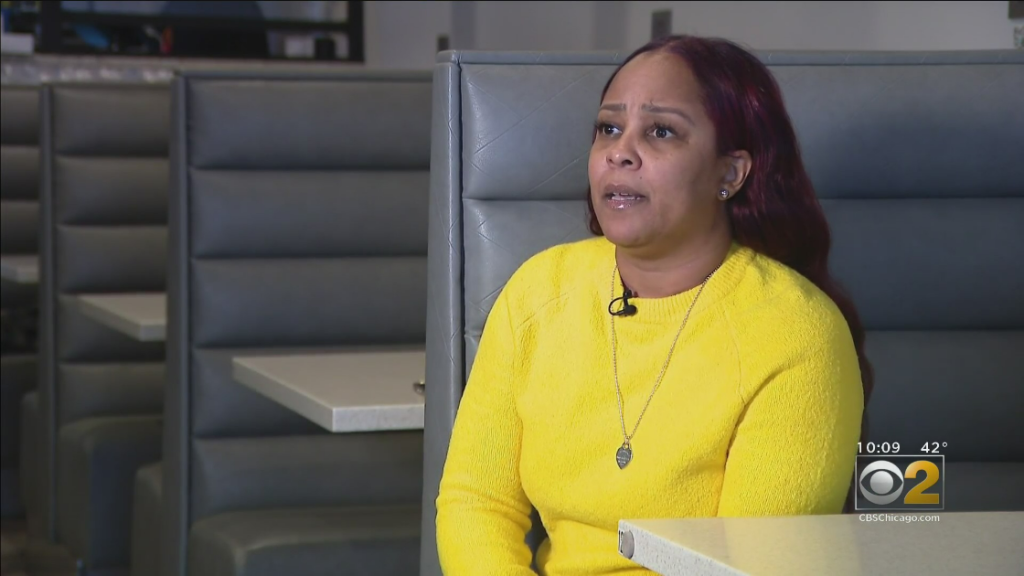 CHICAGO (CBS) — Every penny counts these days for local businesses, so imagine the shock of a Chatham restaurant owner when she learned her bank transferred $28,000 out of her company account.

Latasha Taylor has spent the last two months trying to get it back, with no success. CBS 2’s Marie Saavedra reported Thursday night on Taylor’s effort to fix it and find a new bank.

Taylor’s restaurant, Flammin at 641 E. 75th St., is in its fifth year of serving favorites.

“Mustard catfish and macaroni and cheese, shrimp and grits, and our famous red salmon croquettes” are among the offerings, Taylor said.

Surviving the last two years has been work, and that is what Taylor was doing two months ago – working – when her financial world was rocked.

“On October 12th, I went online as I do every day – went online to pay some vendors – and when I looked, it said both of my accounts were frozen,” Taylor said.

Taylor said her business checking and savings accounts with Chase were on hold. She called and found it was due to a court order she knew nothing about.

The court order in question is a judgement out of the Supreme Court of the State of New York in Brooklyn. It is against a Northbrook Company, and a Chicago woman who is not Taylor, warning $27,385 plus interest was owed.

The judgment was issued on Oct. 6 in Brooklyn Supreme Court – which in New York is a county level trial court rather than the state’s highest court. It cited a specific account number.

Taylor says Chase Bank employees told her on phone calls that they would fix it. But that did not happen.

Taylor then took on another full-time job, in the form of calling Chase nonstop to get that money back. But what she heard changed. The bank told her and us in a statement: “There was no Chase error. We obeyed a court order and properly processed a payout as directed in this Kings County (NY) Supreme Court case. This is a legal matter and we told Ms. Taylor that she must address it directly with the creditor.”

That is the policy on Chase’s deposit account agreement, but all Taylor cares about is another week without $28,000.

“I feel like everybody who works for me, their family situation and financial situation is in my hands,” Taylor said. “What do I do as an owner? A small Black business owner just trying to survive?”

Until she figures that out, she’s finding another bank.

“This is a very unhappy situation, and we’re looking to find a financial institution that’s worthy of putting our money in and keeping our money safe,” Taylor said.

Taylor has hired an attorney to work with the creditors in that New York state case to get her money back, which means she’s paying out of pocket to get back thousands of her own dollars.