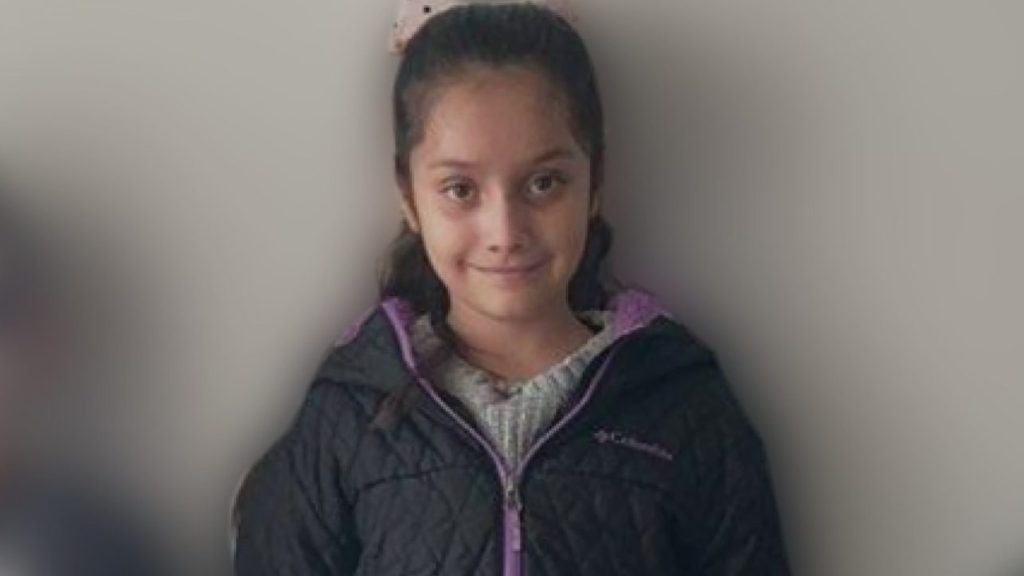 CHICAGO (CBS) — The Cook County state’s Attorney said it anticipates charges “may be filed soon” in connection with the shooting death of eight-year-old Melissa Ortega over the weekend. Two people are now in custody, sources said.

Melissa and her mother had emigrated from Mexico in August.

“This is an eight-year-old Latina who could’ve been someone,” said activist Keith Thornton. “She came from Mexico to have a better life.” Melissa Ortega, 8, was shot and killed in the Little Village neighborhood on Jan. 22, 2022. (Photo provided to CBS)

City leaders are demanding change after Melissa was shot and killed while walking with her mom in Little Village Sunday. She was struck by a bullet police say was intended for someone else.

A third grader at Emiliano Zapata Academy, Melissa was new to Chicago – here since August – and excited to build a better life with her mother, both from Mexico.

But on her way from the bank to get a hamburger on Saturday afternoon, hand-in-hand with her mom at 26th Street and Pulaski Road in Little Village, gang violence stole all of that from her – and her from her family.

Police have said the gunfire Melissa and her mother tried to escape was part of a gang war; the shots meant for a 26-year-old man who was nearby. He was shot and critically wounded.

A family member told CBS 2’s Jackie Kostek that Melissa’s mother is just not ready to talk about her daughter yet. That family member did say that she hopes no one ever has to go through what she is right now.

The family of Melissa walked into the medical examiner’s office Sunday to identify the body of the 8-year-old.

Guevara was in the middle of 26th Street when he heard six to seven shots ring out. He found Melissa on the ground and called 911.

“I had [a] cover, and we put it over her to keep her warm. But there was really nothing we could do,” he said.

The family released a statement Sunday, describing Melissa as a girl who wanted to experience Chicago snow, get to make her own stuffed animal at Build-a-Bear and make TikTok dances with her friends.

Baltazar Enriquez, president of the Little Village Community Council, told CBS 2’s Jim Williams and Marie Saavedra Monday that his organization is asking for federal help – and in particular mental health clinics in the community.

“We’re calling on our congressman, Jesus Garcia, to come and assist the community – bring us federal funding. We’ve been asking for mental health clinics here in Little Village, because our community is traumatized. Our community has been traumatized. Our children are traumatized,” Enriquez said. “So what happens when you are a mother and they kill your child? Where do you run to? Where do you seek help? There’s none of these centers here in Little Village.”

Enriquez said he is also calling on Mayor Lori Lightfoot and Gov. JB Pritzker to help bring the funds needed for the community to develop the tools to fight and prevent crime.

“Mental health is a very important issue, and we see the violence in our community and our children being normalized to murder, to death – it’s just normal. It’s OK. So it shouldn’t be OK. So we’re fighting for our children to have a place where they would go and get the services that they need,” he said. “And we need it now. We don’t need it tomorrow or next week. We need it now.”

Monday morning, Mayor Lightfoot offered her condolences, and thanked the community for surrounding Melissa’s mother with love as she grieves the loss of her daughter.

“Losing a child under any circumstances is horrifying, and the circumstances in which this family lost this precious, precious child is almost unspeakable,” Lightfoot said.