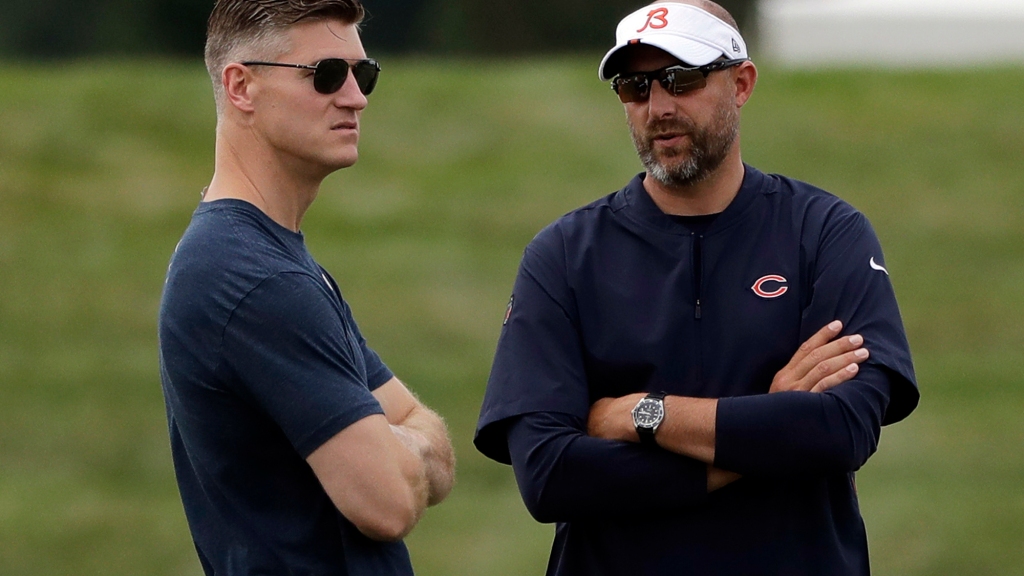 CHICAGO (CBS)– The Chicago Bears have fired head coach Matt Nagy and general manager Ryan Pace, after ending the season with a 6-11 record.

While the firing of Nagy came as no surprise, with multiple reports during the season that he’d been informed he would be fired at the end of the season, the decision to let Pace go was not as certain until Monday.

Bears chairman George McCaskey is scheduled to speak to reporters about the moves at 1 p.m. Monday.

“He told us how much he cared about us, and that he would always be there for us,” Gipson said. “It’s all love with Coach Nagy, and it’s always going to be like that. So I’m very appreciative of the memories that I’m blessed to be able to make with him, and I’ll always be able to stay in touch with him.”

Running back David Montgomery, who was drafted by Pace in the third round of the NFL Draft, said he was glad Pace and Nagy “took a chance on me.”

“They took a chance on a poor kid from Cincinnati, who people looked at as if he wasn’t going to be good enough to even get a chance to play,” he said. “That’s why it’s emotional for me, because they stuck their neck out on the line for me, and I appreciate them for that.”

The Bears were 34-33 in four seasons under Nagy, with two playoff appearances, but no playoff wins. Despite starting with a promising 12-4 season in their first year under Nagy, the Bears couldn’t maintain that success, going 8-8 in each of the next two seasons before this year’s 6-11 finish.

In seven seasons under Pace, the Bears went 48-65, with only one winning season, and no playoff victories.

Along with the continued failure to bring Chicago its first playoff win since the 2010 season under head coach Lovie Smith, Pace’s fate was sealed by his repeated inability to find a franchise quarterback.

Pace traded four draft picks to move up one slot in the 2017 NFL draft to pick Mitchell Trubisky over fellow first-round quarterbacks Patrick Mahomes and Deshaun Watson, only to see Trubisky fail to develop after hiring Nagy in 2018. Although Trubisky had a 29-21 record with the Bears, he failed to live up to his promise as the No. 2 overall draft pick and couldn’t match the success of Mahomes and Watson, who both became NFL stars. The Bears let Trubisky leave in free agency after last year, and he is now a backup with the Bills, and seems unlikely to get another starting job in the NFL anytime soon.

In addition to missing on Trubisky, Pace also failed with multiple free agent quarterbacks, including Mike Glennon, Nick Foles, and Andy Dalton; and two other first-round busts with wide receiver Kevin White in 2015 and outside linebacker Leonard Floyd in 2017.

He’s also left the Bears struggling with salary cap space, which has left them with a dearth of talent, particularly on the offensive side.

Nagy, meantime, could not boost the Bears’ lackluster offense in his four years in Chicago, despite his success as quarterbacks coach and offensive coordinator in five seasons under Chiefs head coach Andy Reid before he joined the Bears.

In his four seasons in Chicago, the Bears finished no better than 21st in overall offense and passing offense. While the Bears did manage to finish 9th in scoring in his first season, that was thanks in large part to a historic defense, which scored seven touchdowns on its own, and regularly gave the offense good field position.

Trevis Gipson said Matt Nagy announced his firing to the team about 5 minutes ago. @cbschicago pic.twitter.com/v8f2CKVmKs