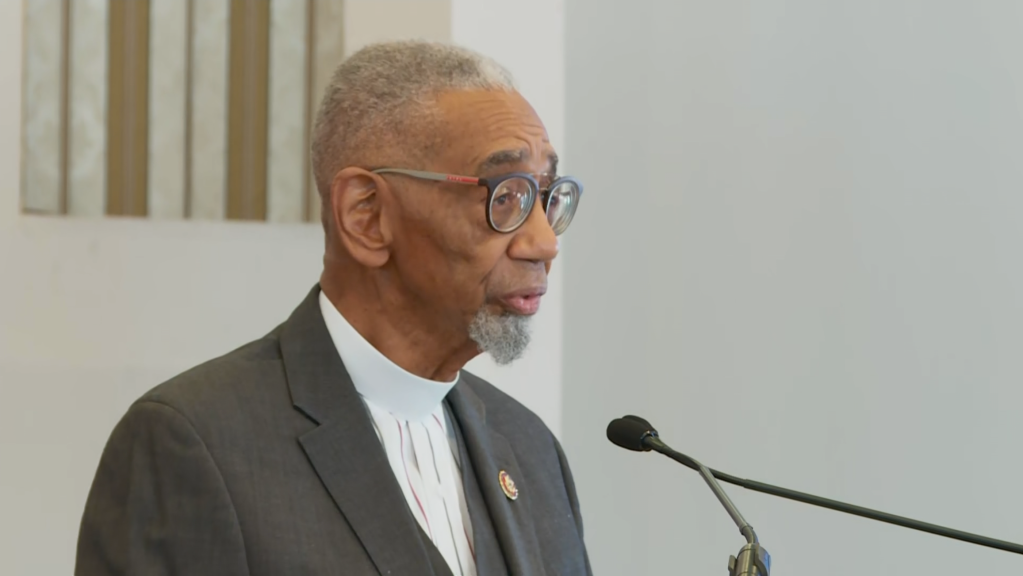 CHICAGO (CBS) — U.S. Rep. Bobby Rush (D-IL) announced Tuesday he will not be running for re-election in 2022, bringing an end to his career in Congress, where he has served the 1st District of Illinois for nearly 30 years.

“I just pray that I can get through this without tearing up and breaking down,” Rush said as he announced his decision not to seek a 16th term in office.

Rush said he will continue fighting for racial justice after leaving office, and will work “hand-in-hand” with his successor in Congress.

“You can own public service, but you can never own public office,” Rush said. “I’m going to be crystal clear to anyone who is confused. I am not retiring, I am returning. Therefore, I will not be running for a 16th term in the U.S. House of Representatives. For me, I have a higher calling, and I am answering that higher calling: to continue my mission, my definite chief aim in life from a different perspective.”

After nearly three decades in Congress, I have been reassigned. While I will not be running for a 16th term, let me make it clear that I am not retiring — I am returning.

“I’m returning home, returning to my church, and returning to my family and grandchildren. I’m returning to my passion. My calling is to express the love. It’s that love, that power of love that can transform minds and hearts. There’s no better place for that transformation, in my opinion, to take place than in the church with the gospel of Jesus Christ,” Rush said in the video.

My calling to a life of service is stronger than ever. I will remain in public life, fighting for equity and justice for and within my community — with the gospel of Jesus Christ and with the learned tools I have gained in a lifetime of public service. (

Rush, who has been working to pass the Emmett Till Antilynching Act,  announced his decision at the Roberts Temple Church of God In Christ, the same church where 14-year-old Emmett Till’s funeral was held in 1955 after he was brutally murdered in Mississippi. The bill named after Till would for the first time designate lynching as a federal hate crime. The bill has been approved by the House Judiciary Committee, but has yet to get a vote by the full House or the U.S. Senate.

Rush, 75, has represented the 1st District of Illinois in Congress since 1993, and before that served for 10 years on the Chicago City Council.

Rush said he is not stepping down because of any fear about the outcome of the 2022 midterm elections, when Democrats will seek to expand their majority in the House, despite more than 20 House Democrats – including Rush – announcing they won’t run for re-election in 2022.

A longtime civil rights activist before running for office, Rush was co-founder of the Illinois chapter of the Black Panther Party in 1968. He is pastor of the Beloved Community Christian Church of God in Christ in Englewood.

Rush also holds the distinction of being the only politician to defeat Barack Obama in an election, handily beating him in the 2000 primary for Rush’s seat. A year before that Rush unsuccessfully ran for mayor against Mayor Richard M. Daley.

Rush said he plans to announce in the next few weeks who he will endorse to succeed him in Congress, but stressed that he has not made that decision yet.

My Block, My Hood, My City founder Jahmal Cole previously announced he is running for Rush’s district. Also having declared their candidacy are Pastor Chris Butler, teachers Kirby Birgans and Dee Nix, and Michael Thompson.

Activist Ja’Mal Green said Monday night that he is also “strongly considering” running for the seat.

With the 1st District seat coming open for the first time in nearly 30 years, it’s likely several other Democrats will enter the race.

The district is heavily Democratic, meaning the June primary is all but certain to decide who will succeed Rush in Congress.