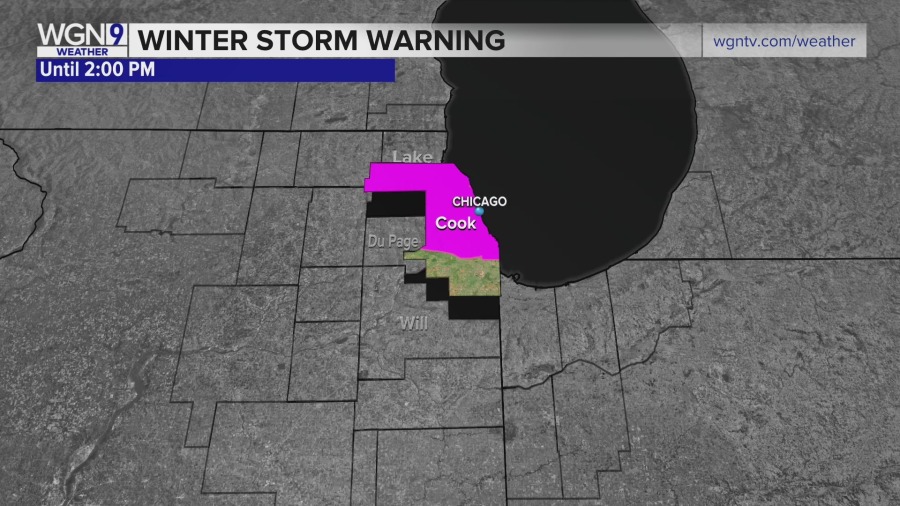 CHICAGO — A Winter Storm Warning has been extended until 2 p.m. Friday for northern and central Cook County. An additional 1-2 inches of lake effect snow are possible.

A Winter Weather Advisory for DuPage, far southern Cook and Lake, Indiana has also been extended until 2 p.m. Additional lake effect snow could cause snow covered and slippery roads. Conditions could be highly variable over short distances.

According to WGN’s Weather Office, the highest snowfall total, so far, is in Wilmette with a reported 8 inches. Midway area is close behind with a reported total of 7.2 inches, so far.

Lake effect snow slammed parts of the Chicago area and caused a messy, slow and slick morning commute Friday. Most markings on roads are hardly visible due to snow cover. Allow extra time and drive with caution. 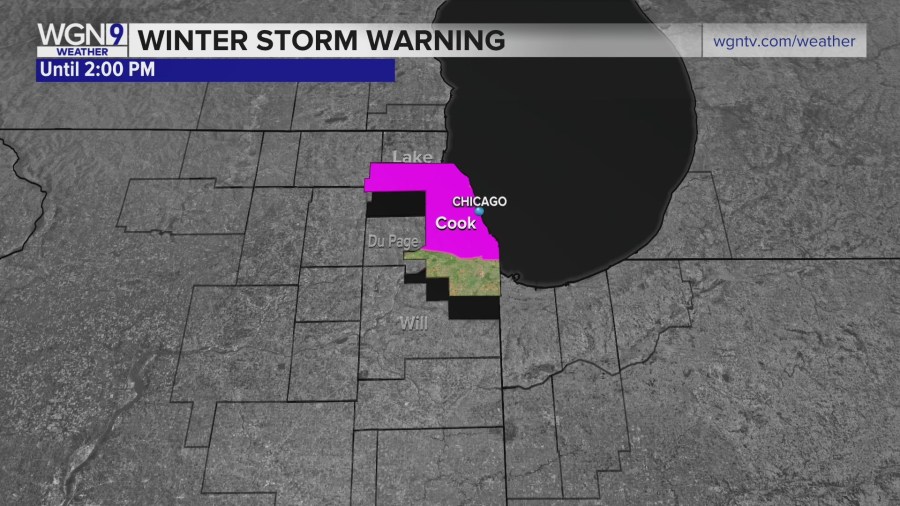