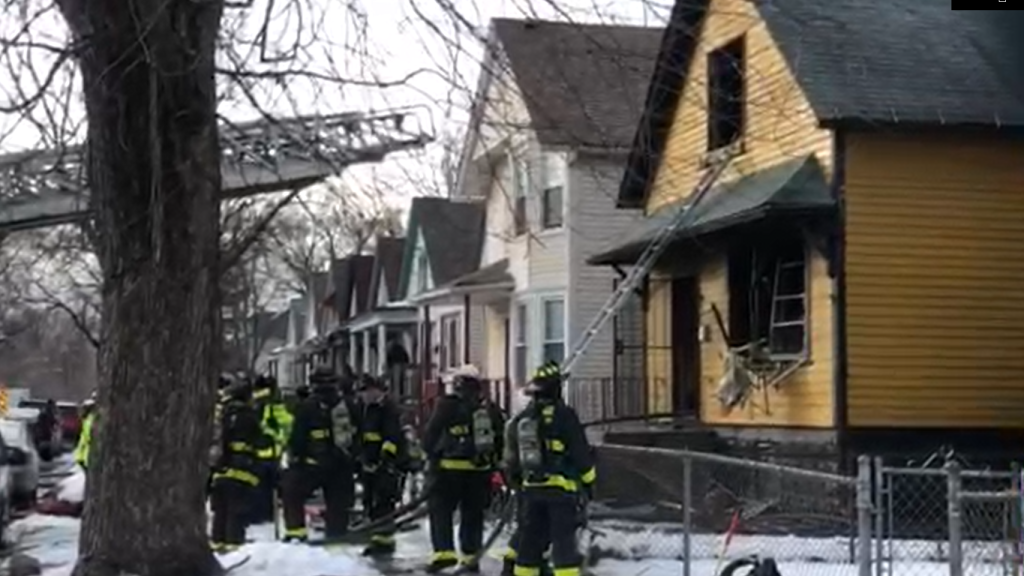 CHICAGO (CBS) — Seven Chicago firefighters were injured while responding Saturday afternoon to a fire in the city’s Roseland neighborhood.

The fire happened near 112th Street and Princeton Avenue around 3:15 p.m., officials said.

The Chicago Fire Department issued a tweet stating, “CFD has had a MAYDAY response at 112th and Princeton. There have been transports. Will update here as soon as possible.”

It took 100 firefighters to get the fire out. While those injured are expected to recover, the woman who lived in the home said she lost everything.

Tamorra Watts said she had been home the rest of the day and missed the flames by minutes. She came home to a nightmare.

“I look up and then there’s my house and all the smoke was getting bigger and bigger,” she said.

She was at her brother’s house down the street when the house she’d lived in for five years went up in flames.

“It’s so scary because I would’ve normally been in the house,” she said.

A neighbor across the street said they heard a loud boom and watched as more than 100 firefighters battled the blaze.

Watts said she is lucky to have her family living on her block to support her through this horrible time.

Nance-Holt said most of the injuries were minor burns or orthopedic injuries, such as shoulder injuries. Six of the injured firefighters were expected to be released from the hospital Saturday evening, but one was expected to possibly be transferred from Advocate Christ Medical Center to Loyola University Medical Center as a precaution.

The fire was out in less than 15 minutes. CFD said it is still investigating what caused the fire.

Fire Commissioner Annette Nance-Holt said there were no smoke detectors in the building.

In a tweet from CFD, all seven firefighters have been treated and released and are doing well.

Update/ All firefighters injured in the mayday have been treated and released from LCM Christ and Loyola hospitals. All are well. 7