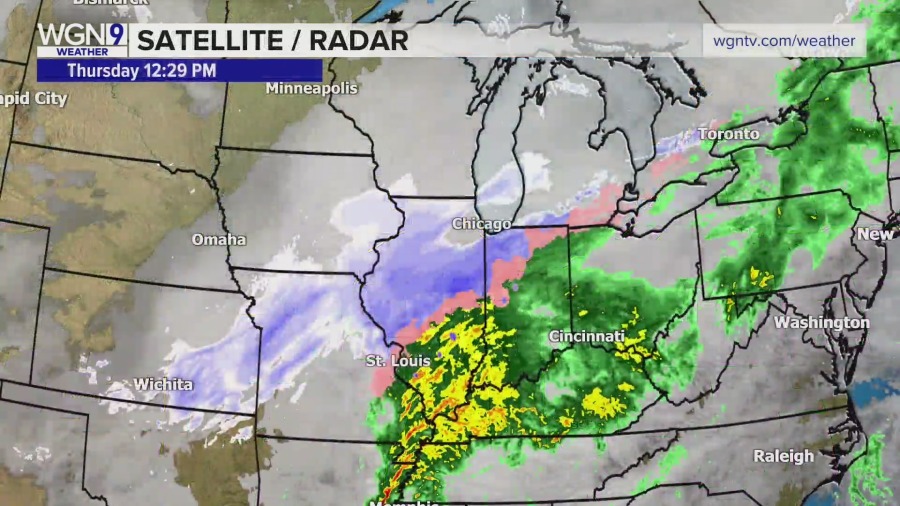 The second wave of a winter storm is approaching the Chicago area. A Winter Storm Warning has been issued along with A Winter Weather Advisory.

We have a 6 to 8 hour period of challenging winter weather ahead this afternoon and evening, Tom Skilling says.

Snow is set to be at its peak intensity during the Thursday evening rush hour.

A Winter Storm Warning has been issued for most of the Chicago area.

Counties include Will, Grundy, Kankakee, Kendall, LaSalle and Cook counties in Illinois and Porter, Jasper, LaPorte, Newton and Lake counties in Indiana.

A Winter Weather Advisory has also been issued for portions of Cook and DuPage counties.

Snowfall numbers have been lowered modestly in the city of Chicago where a Winter Weather advisory kicks in this afternoon. Snow accumulation prospects remain low in northern counties along the Wisconsin line. Southern sections of the Chicago area are to bear the brunt of the winter storm and a full blown winter storm warning remains in effect there.

The snow will be falling through the busy Thursday evening commute period and most significantly from Chicago south.

Accompanying the snow will be wind gusts which may approach 40 mph–with stronger gusts possible on the Lake Michigan shoreline where the “north/northeast flow” is to bring in high waves and produce lake level rises which are likely to boost water levels potentially flooding some shoreline paths and bike trails. Waves offshore will build as high as 12 to 14 ft. and swells can already be seen hitting the ice shelves which have built up along the Lake Michigan shoreline. 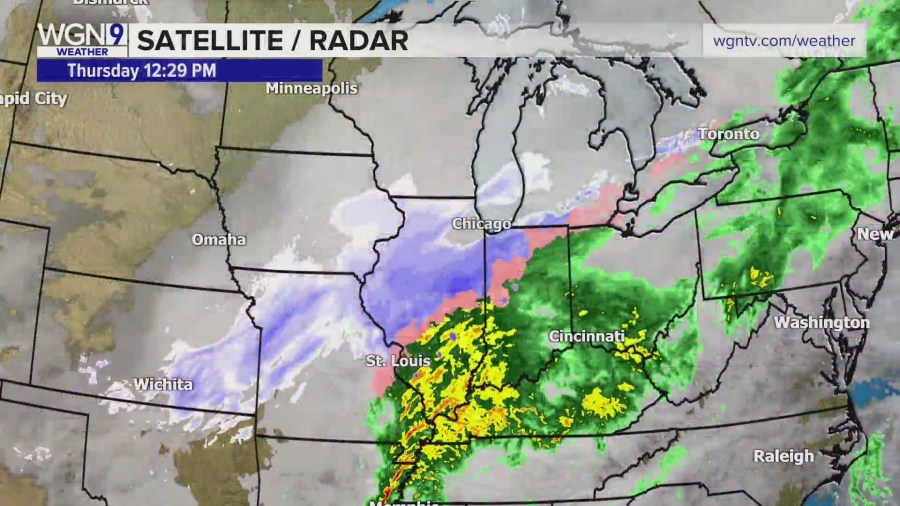