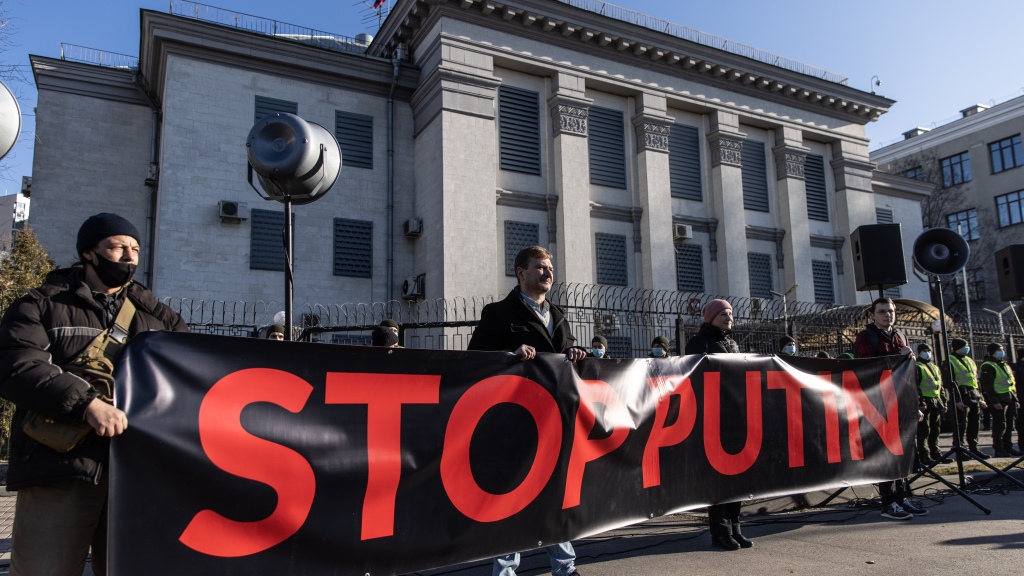 CHICAGO (CBS) — As Russia’s invasion of Ukraine appeared to reach the heart of the capital of Kyiv on Friday, U.S. Sen. Dick Durbin met with members of the Ukrainian community in Chicago on Friday, saying the U.S. must help arm resistance fighters.

Durbin spoke Friday at the Ukrainian Cultural Center in the Ukrainian Village neighborhood, discussing his recent visit to Europe, where he met with leaders in Poland and Lithuania, and took time to hear people’s concerns about Russia’s invasion of Ukraine.

Durbin co-chairs the Senate Ukraine Caucus, and the Baltic Freedom Caucus. He said, while he doesn’t know what Russian President Vladimir Putin’s ultimate goal is, he believes the U.S. has to stand up and help Ukrainians fight to defend their nation.

“I promise to be to be your voice in defense of your sisters and brothers who have been targeted by Putin’s deadly soldiers,” Durbin said. “The United States must provide the weapons for the Ukrainian resistance, the protection of those who have fled, and the survival of those who are caught in the crossfire of Putin’s invasion.”

Several Ukrainians also shared their stories with Durbin, telling him what their families are going through right now.

The senator said he hopes to get temporary protected status for Ukrainian refugees who come to the U.S. He said he will be introducing that proposal in Washington as soon as he gets back.