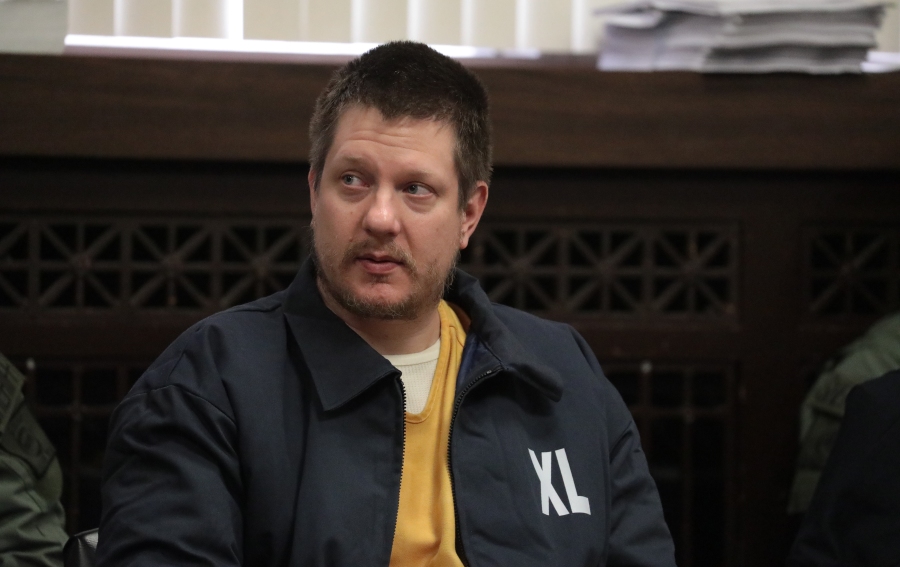 CHICAGO — Former Chicago police officer Jason Van Dyke is no longer in the custody of the Illinois Department of Corrections, according to the agency.

Van Dyke was scheduled to be released from prison Thursday after serving a little more than three years for the murder of Laquan McDonald. His whereabouts are unclear at this time.

In 2018, Van Dyke was convicted of second-degree murder in the deadly 2014 shooting of 17-year-old McDonald.

The police video of the murder was seen worldwide, leading to sustained protests, and was the basis of the landmark legal case that led to the first conviction of an on-duty Chicago cop in 50 years.

Van Dyke, 43, was sentenced to 81 months in prison in January 2019, though his physical location has remained, largely, unknown. He’ll be released after serving less than half of his sentence.

The U.S. Justice Department launched an investigation into the case in 2018, but it’s unclear where that stands, which is why both of Illinois’ senators have asked for the DOJ to “provide and update on the status.”

In the meantime, the president of the NAACP urged the U.S. Attorney General to bring federal charges so that Van Dyke’s prison term could be extended, writing: “The murderous officer should be charged with a federal civil rights violation.”

Local activists who oppose his release are planning demonstrations Thursday.

“I know some Chicagoans remain disheartened and angry about Jason Van Dyke’s sentence for the murder of Laquan McDonald. As I said at the time, while the jury reached the correct guilty verdict, the judge’s decision to sentence Van Dyke to only 81 months was and remains a supreme disappointment. I understand why this continues to feel like a miscarriage of justice, especially when many Black and brown men get sentenced to so much more prison time for having committed far lesser crimes. It’s these distortions in the criminal justice system, historically, that have made it so hard to build trust.

While I know this moment is disappointing, it should not prevent us from seeing the significant progress Van Dyke’s prosecution and conviction represent. He was the first officer in more than half a century to be convicted of a crime committed purportedly in the line of duty. This prosecution led to historic reforms, including comprehensive legislation that created the first-ever community police oversight body in Chicago, and a consent decree to oversee CPD reform. There is much more work to do, and it is by doing that work that we can heal from this and move forward towards justice and accountability every day.”