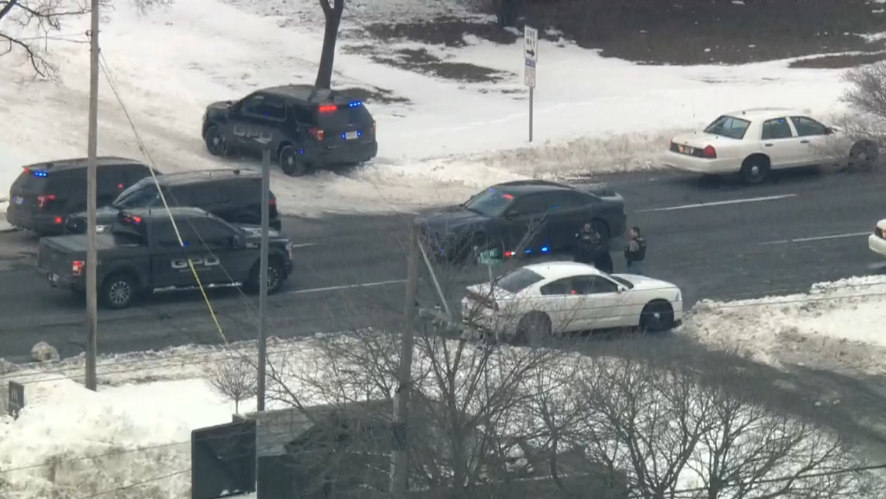 CHICAGO (CBS) — A police officer in Gary, Indiana, was rushed to the hospital Monday afternoon, after being shot while responding to a report of shots fired.

Gary police confirmed the officer, a 32-year-veteran of the force, was shot shortly before 1 p.m. “while responding to a call of active shots fired.” Sources said the officer was shot during a gun battle in which the suspect or suspects fired multiple shots at police.

Lake County Sheriff’s officials were helping search for the shooter in the area of 5th Avenue and Lincoln Street. The sheriff’s aviation unit, along with the special operations and patrol units were assisting in the search.

The wounded officer was being taken to the hospital for treatment, but the officer’s condition was not immediately available.

This is a developing story…