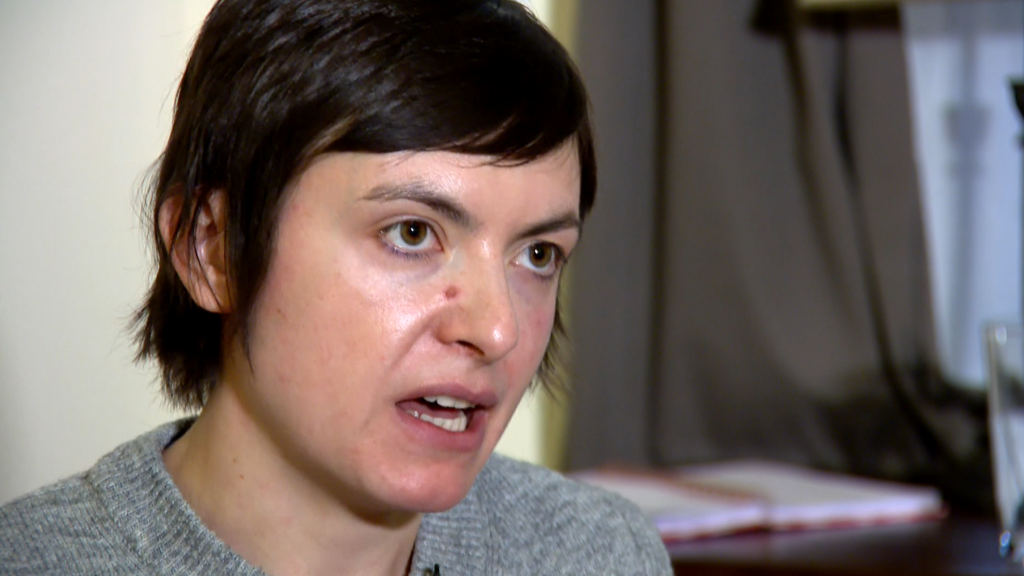 As all this plays out in what may seem like a world away for some, it hits close to home for one doctoral student in Chicago.

University of Illinois at Chicago Ph.D. student Hanna Deiqkun is from Mariupol (Маріу́поль), a city in eastern Ukraine that is now facing Russian President Vladimir Putin’s war on three fronts. Her family’s home sits on one of those three frontlines.

On Friday, Deiqkun got a message of horror from her 14-year-old niece.

“She’s very afraid that she’s going to the shelter, and the building was shattering because of the bombing also,” Dieqkun said. She’s 14.”

“I felt very bad yesterday – like I became like very worried, and I cried,” Dieqkun said, “and they calmed down me, you know?”

Her mom, and her brother and his family, are all in Mariupol – and they are not leaving.

“I’m saying like: ‘Mom, like, could you just move to my brother, for example?’ He’s like on the other side of the city,” Deiqkun said. “But she doesn’t want to go.”

Deiqkun’s 72-year-old mother works at a local hospital, which is overwhelmed with civilian casualties – from two to 58 people in a period of three days.

Deiqkun said her mom is going to work on Sunday, and many doctors have fled the country.

“I try to be calm and to support them, and that’s it,” she said.

She speaks fondly of the place she grew up, which sits along the water.

“It is warm. It is nice. Normally, we’d go there and we’d eat something also on the beach,” Dieqkun said. “We’d have like a small picnic.”

But now, it is forever changed.

“It’s paralyzing. You can’t do anything,” Deiqkun said. “So I want like to also start a little bit to coming back to the studying, and just to be alive and functioning.”

Deiqkun explained that though she is grateful for the growing sanctions imposed against Russia, she knows those will take time to affect the Russian economy. Her biggest fear is that her family doesn’t have the time to wait.