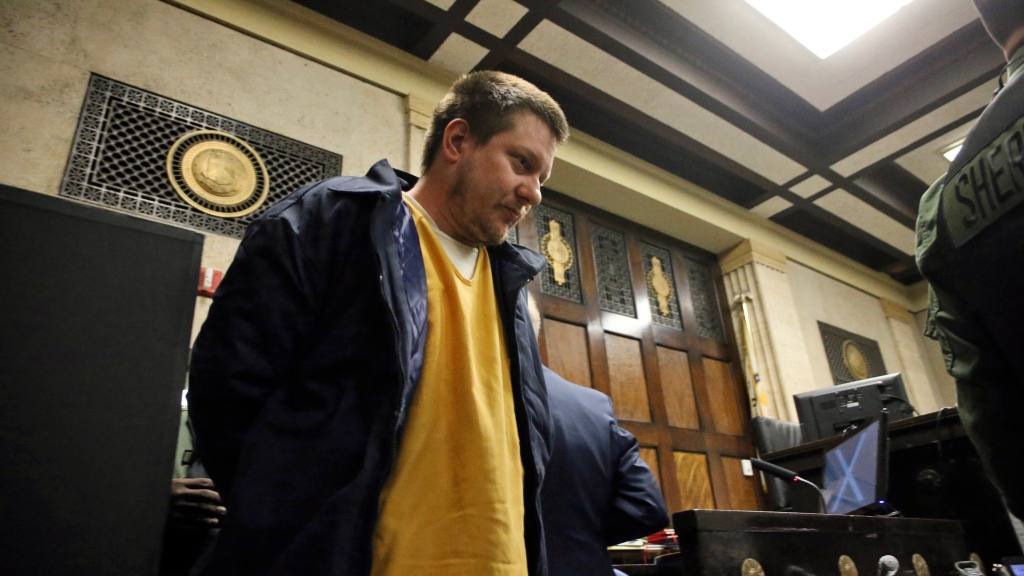 CHICAGO (CBS)– Former Chicago police officer Jason Van Dyke has been released from custody after completing his sentence for the murder of 17-year-old Laquan McDonald.

Van Dyke was released Thursday morning from the Taylorville Correctional Center, a minimum security prison in central Illinois, about 30 miles south of Springfield, according to the Illinois Department of Corrections. Neither IDOC nor the governor’s office would provide further information about the terms of his release, but his sentence included two years of mandatory supervised release, the state’s equivalent of parole.

Until Thursday, IDOC had not provided information about where where Van Dyke was being held in the days leading up to his release. Former Kane County State’s Attorney Joe McMahon, who led the prosecution against Van Dyke, said Monday that IDOC has clouded Van Dyke’s release in secrecy — giving the family and the public reason to be skeptical.

In 2018, Van Dyke was convicted of second-degree murder and 16 counts of aggravated battery for fatally shooting McDonald in 2014. In early 2019, Judge Vincent Gaughan sentenced Van Dyke to 81 months in prison, followed by two years of supervised release. Van Dyke served about half that 81 month sentence, because he was eligible to take time off his prison term for good behavior while in custody.

After initially being placed in custody of IDOC following his sentence, Van Dyke later was transferred to a federal prison in Danbury, Connecticut, in February 2019, but was attacked by his fellow inmates shortly after his arrival, and was later transferred to another federal facility in Otisville, New York, and later was moved to a state prison in Maryland in November 2019. It’s unclear when was transferred again, but IDOC earlier this week confirmed he was back in their custody before he was released on Thursday.

Former federal prosecutor Jeff Cramer said Van Dyke’s release after serving half his sentence is not a surprise.

“In the state system here in Illinois, and really every state, you actually serve only 50% of the time of your sentence. In the federal system, it’s usually 85%,” he said. “So this was about 50%, so whether it was going to be today or sometime around here, that’s just symptomatic.”

“I know some Chicagoans remain disheartened and angry about Jason Van Dyke’s sentence for the murder of Laquan McDonald. As I said at the time, while the jury reached the correct guilty verdict, the judge’s decision to sentence Van Dyke to only 81 months was and remains a supreme disappointment. I understand why this continues to feel like a miscarriage of justice, especially when many Black and brown men get sentenced to so much more prison time for having committed far lesser crimes. It’s these distortions in the criminal justice system, historically, that have made it so hard to build trust,” Lightfoot said. “While I know this moment is disappointing, it should not prevent us from seeing the significant progress Van Dyke’s prosecution and conviction represent. He was the first officer in more than half a century to be convicted of a crime committed purportedly in the line of duty. This prosecution led to historic reforms, including comprehensive legislation that created the first-ever community police oversight body in Chicago, and a consent decree to oversee CPD reform. There is much more work to do, and it is by doing that work that we can heal from this and move forward towards justice and accountability every day.”

“The release of Jason Van Dyke is really causing all of us to ask questions about justice and accountability,” she said.

Hendrickson helped negotiate the consent degree when she worked with the Illinois Attorney General’s office. The decree requires CPD to review use of force policies every year, to track foot pursuits, and to document every time an officer points a gun at someone.

Hendrickson said, while some progress has been made on CPD reforms since Van Dyke’s conviction, much of it has happened around the department rather than by CPD.

Van Dyke’s release after less than four years in prison is a disappointment for some activists and members of McDonald’s family, who have called for more charges against him. Reverend Jesse Jackson is one of the people, along with Bishop Travis Grant and other members of the Rainbow Push Coalition, calling for federal civil rights charges to be brought against Van Dyke.

Cramer said federal charges are a possibility, but it’s unclear how likely federal prosecutors are to step in more than seven years after the shooting and more than three years after Van Dyke was convicted on state charges.

“You’ve got to remember when this happened. Usually when federal charges follow on something like this, it’s that there was some sort of manifest injustice with the state case, or the prosecution, or the sentencing,” Cramer said.

However, Cramer pointed out that, when Van Dyke was sentenced in January of 2019, under the Trump administration, at the Justice Department, “the civil rights division really wasn’t doing much of anything. So those four years were kind of dormant.”

“But now, certainly, Attorney General [Merrick] Garland could take a look at it with somewhat fresh eyes – he probably hasn’t looked at it yet – and see if it’s possible or probable that a civil rights violation could proceed on the federal system,” Cramer said.

Because the shooting case against Van Dyke is rather straight forward, Cramer said “the essence is whether or not Van Dyke, in killing Mr. McDonald, deprived him of his civil rights; the civil right to live that we all have.”

“So the prosecution itself is rather straight forward. It’s whether or not the feds; they don’t do this on every case. They’re simply not geared up to take on every case,” he added.

Given how much time has passed since Van Dyke was convicted of state charges, Cramer said it becomes increasingly unlikely he’ll face federal charges.

“At some point, it becomes the case just played itself out. The sentence, initially, that was given, I think reasonable minds can say that that was on the light side. Six years and change for shooting an individual 16 times when he was already on the ground was probably light. Would 10 years have been better? Probably, I think you could say that. But at some point it does become such a long period of time from when the incident happened to now that I don’t know if that makes it less likely that the feds would step in, but years have passed when they could have done it,” he said.

Meantime, as activists and McDonald’s family push for federal charges against Van Dyke, they are planning a press conference and rally at Federal Plaza, starting at 3 p.m.