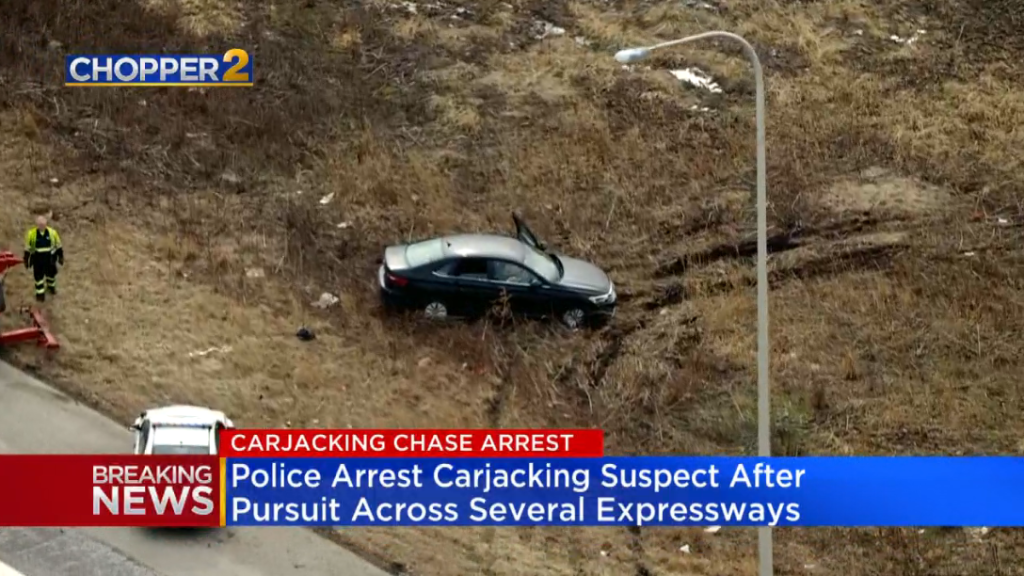 CHICAGO (CBS) – One person was in custody Wednesday afternoon, after a 69-year-old man was carjacked at gunpoint in Lakeview, and Illinois State Police later spotted the stolen vehicle and chased it across four different expressways before the stolen vehicle crashed on the Stevenson Expressway near Joliet.

Chicago Police said, around 11:21 a.m., a 69-year-old man was driving a black Volkswagen sedan on the 1800 block of West Diversey when an unknown man approached and displayed a handgun before demanding the vehicle.

The victim complied with the offender who got into the vehicle and fled the scene westbound. The victim was not injured in the incident.

Illinois State Police said troopers later spotted the stolen vehicle in the southbound lanes of the Dan Ryan Expressway near 75th Street, but when troopers tried to pull it over, the vehicle sped off.

Troopers chased the stolen car onto Interstate 80 and the Tri-State Tollway before the vehicle got onto the southbound Stevenson Expressway, and crashed into a ditch near Interstate 80 near Joliet.

The driver ran off, but was arrested a short time later, and was taken to a hospital for minor injuries.