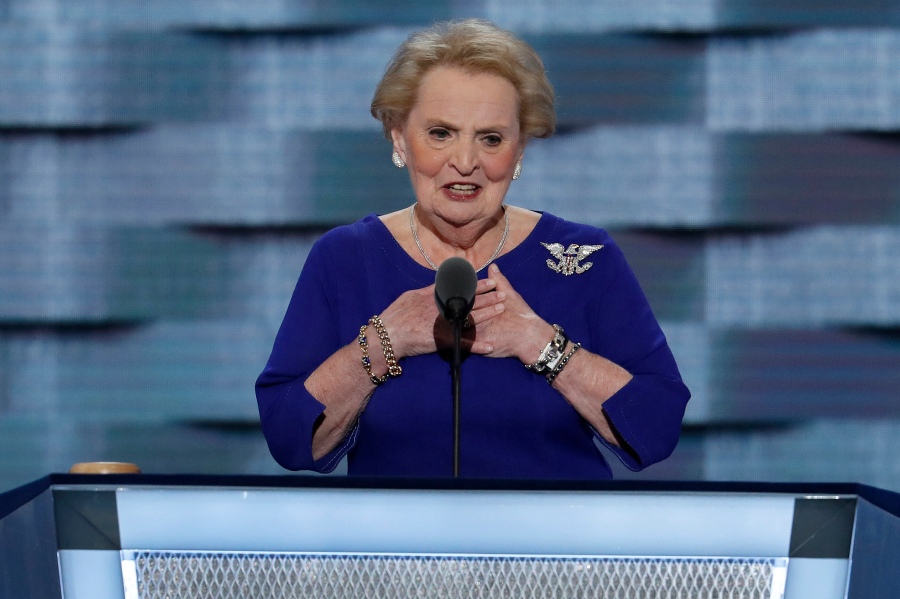 WASHINGTON (AP) — Madeleine Albright, the first female U.S. secretary of state, has died of cancer, her family said Wednesday. She was 84.

President Bill Clinton chose Albright as America’s top diplomat in 1996, and she served in that capacity for the last four years of the Clinton administration. She had previously been Clinton’s ambassador to the United Nations.

At the time, she was the highest-ranking woman in the history of U.S. government. She was not in the line of succession for the presidency, however, because she was a native of Czechoslovakia, born in Prague.

“She was surrounded by family and friends,” her family announced on Twitter. “We have lost a loving mother, grandmother, sister, aunt and friend.” It said the cause was cancer.

In 2012, President Barack Obama awarded Albright the Medal of Freedom, the nation’s highest civilian honor, saying her life was an inspiration to all Americans.

Albright remained outspoken through the years. After leaving office, she criticized President George W. Bush for using “the shock of force” rather than alliances to foster diplomacy and said Bush had driven away moderate Arab leaders and created potential for a dangerous rift with European allies.

However, as a refugee from Czechoslovakia, she was not a dove and played a leading role in pressing for the Clinton administration to get militarily involved in the conflict in Kosovo. She also toed a hard line on Cuba, famously saying at the United Nations that the Cuban shootdown of a civilian plane was not “cojones” but rather “cowardice.”

She advised women “to act in a more confident manner” and “to ask questions when they occur and don’t wait to ask.”

Up Next: Here’s what happened to the viral truck caught in Texas tornado

“It took me quite a long time to develop a voice, and now that I have it, I am not going to be silent,” she told HuffPost Living in 2010.

When the Senate Foreign Relations Committee asked her in January 2007 whether she approved of Bush’s proposed “surge” in U.S. troops in bloodied Iraq, she responded: “I think we need a surge in diplomacy. We are viewed in the Middle East as a colonial power and our motives are suspect.”

Albright was an internationalist whose point of view was shaped in part by her background. Her family fled Czechoslovakia in 1939 as the Nazis took over their country, and she spent the war years in London. 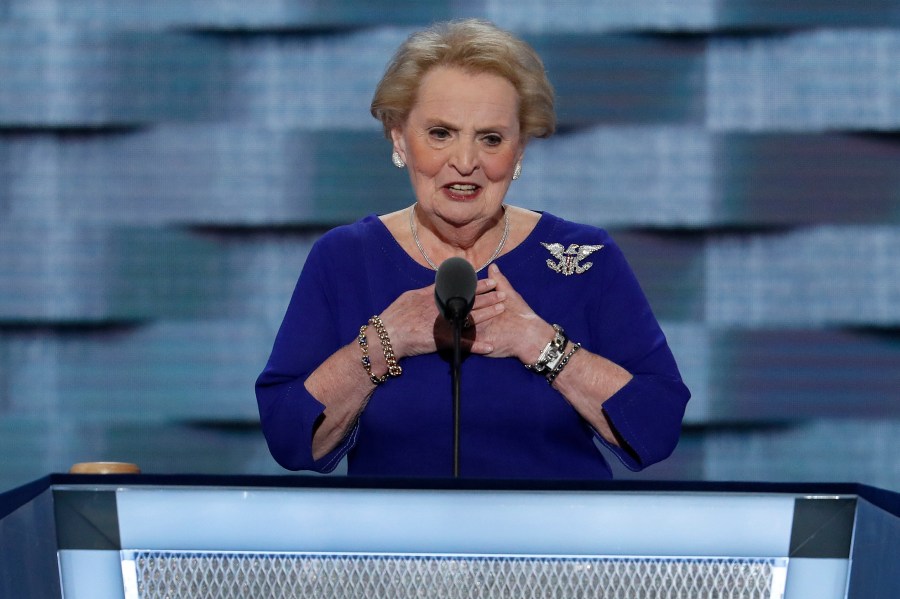