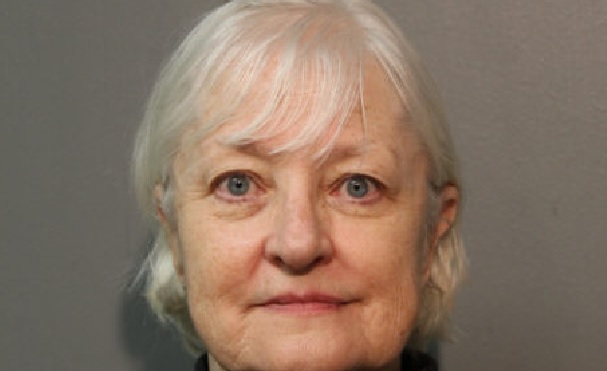 CHICAGO (CBS) — Serial stowaway Marilyn Hartman has been sentenced to 3 ½ years in prison as part of a plea deal with Cook County prosecutors, but will get credit for the more than two years she’s already spent in custody and likely avoid prison time altogether.

Hartman, 70, who has repeatedly been caught after sneaking past security at several airports, on Thursday pleaded guilty in two of three cases in which she was facing felony charges, with consecutive sentences for the two convictions.

As part of her plea deal, she was sentenced to 18 months on charges stemming from her arrest in 2019 after sneaking past security at O’Hare International Airport. She was sentenced to another two years on charges from her 2021 arrest after she managed to sneak away from a West Side halfway house where she had been in custody, despite being on electronic monitoring, and again made it past security at O’Hare and into the terminal areas.

Hartman will get credit for 874 days she’s already spent in custody – or nearly 2 ½ years.

“I wish to apologize to the court and the public for actions that lead to my being incarcerated. I have struggled with depression and medication management all my life,” Hartman said after pleading guilty.

Hartman also spoke about her phone interview with CBS 2’s Brad Edwards while she was in jail, which has since later blamed for her decision to leave the halfway house and return to O’Hare while still on electronic monitoring.

“I was overwhelmed by the negative impact on me. Another year has passed since that experience and with excellent representation of counsel, I’m happy to move on with my life,” she said.

Judge Peggy Chiampas told Hartman that, after having now known her for years as her cases have progressed through the court, the priority has been for Hartman to get mental health treatment she needs.

“Sometimes you got in your own way,” Chiampas said.

The judge said she was “happy and proud for you that you’ve gotten to this point, you addressed the issues you had. I hope that I don’t see you in this courtroom, in this environment again. I’d like you to be able to go on with your life, continue your treatment and reach out to individuals that are there for you.”

“I appreciate that, Your Honor,” Hartman responded.

CBS 2 Legal Analyst Irv Miller said, with Hartman only legally required to serve 50% of her sentence, and the credit she’ll get for time already spent in custody, it’s unlikely she’ll spend any time in actual prison. Instead, she’ll likely be transferred to the Illinois Department of Corrections to have her mugshot taken, and then immediately begin serving one year of probation.

As part of the plea deal, prosecutors dropped charges from 2018 when she was able to sneak onto a flight to London.