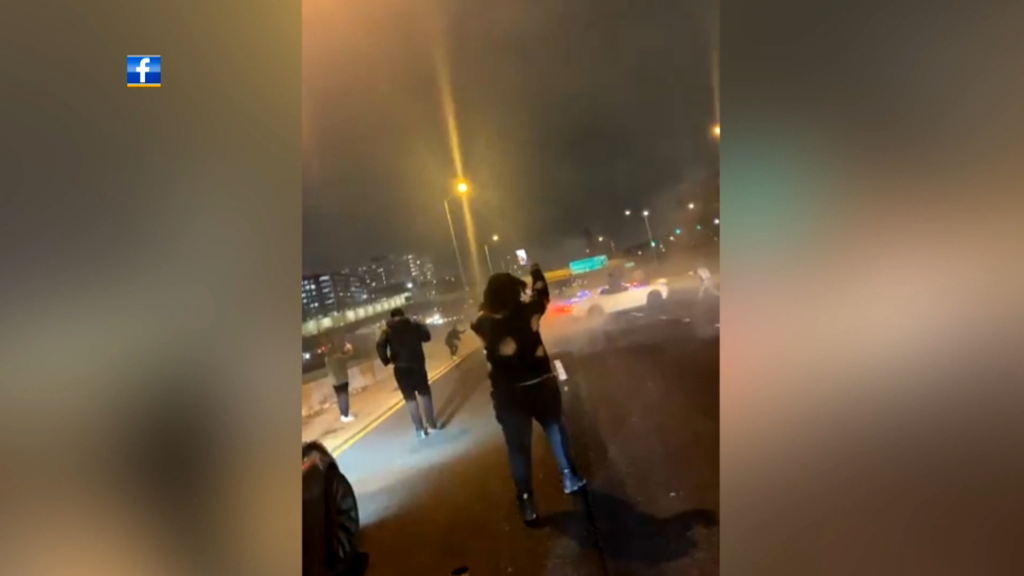 CHICAGO (CBS) — It was the video that left so many of us, and you, shocked – people standing in the middle of the Eisenhower Expressway while drivers did donuts.

Believe it or not, such acts won’t land someone in jail. But as CBS 2’s Jermont Terry reported Friday night, that could be changing following our investigation.

The push for a change in the law from Springfield is designed to give law enforcement the backing to crack down on what happened along the outbound Ike near Racine Avenue back in December.

Apparently, lawmakers saw our report about the group that blocked the expressway while doing dangerous stunts, and now, those lawmakers are moving quickly to make it easier to lock up anyone who watches or participates.

“I actually saw it in real time, because I live right off the 290 Expressway,” said Illinois state Rep. LaShawn Ford (D-Chicago).

Rep. Ford initially thought the backup was due to an accident.

“I really didn’t know what was really happening totally, but when there was a story done by you, that’s when I saw the activity,” Ford said.

In our report on Monday, Dec. 20, we noted that the activity two nights earlier looked like a scene from the “Fast and the Furious” movies. But it was real – with drivers blocking the on- and off-ramps and every lane while those dangerous stunts went on.

Spectators stood on the Ike and recorded it all.

“This went on for I would say an hour or more, and law enforcement couldn’t get there,” Ford said.

And it turns out that if police would have pulled up, the way the law is currently written in Illinois, troopers could not even have arrested anyone for blocking the expressway.

“There is no penalty for doing the wheelies and the stunts; the donuts that you see them doing, leaving marks on our streets,” Ford said.

But House Bill 5439, sponsored by Ford, will change that. Under the bill, spectators would be arrested – not just ticketed.

“And if the behavior continues, then they could lose their license,” Ford said.

Jim Kaitschuk of the Illinois Sheriffs’ Association supports the bill.

“The safety of the citizens that are on the Eisenhower, or any expressway or road for that matter, has just become an unprecedented crisis,” Kaitschuk said.

Kaitschuk insists it all comes down to protecting drivers.

“A lot of times, law enforcement doesn’t have the ability to do things that people would like us to do to make sure that they’re safe – and this is shining example of just that problem,” he said.

Every Democrat and Republican voted in favor of the bill in the Illinois House. It is expected to move swiftly with the same support in the state Senate.

The plan is to get it to Gov. JB Pritzker’s desk before the weather warms up and this problem gets worse.