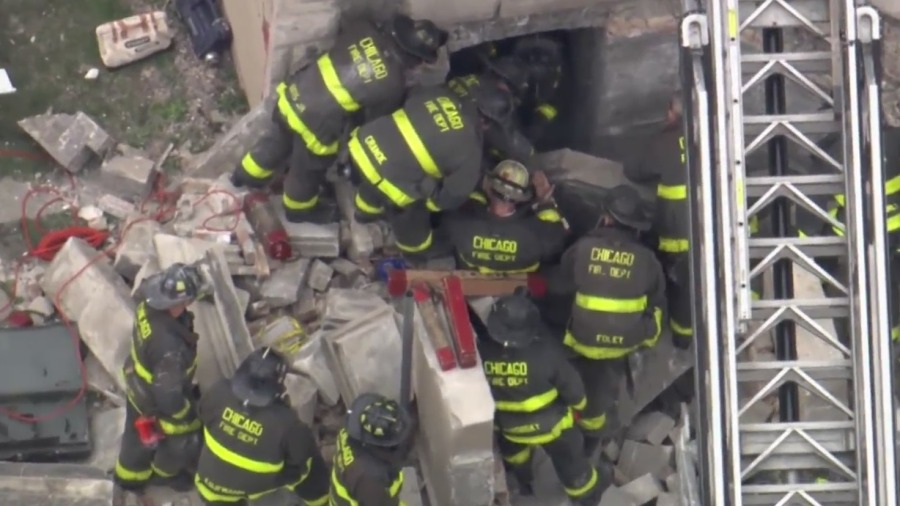 CHICAGO — One man is dead and two people are hospitalized following a partial building collapse on Chicago’s West Side.

Multiple emergencies crews remain on scene in the 3400 block of W. Jackson in East Garfield Park.

According to Chicago Fire spokesperson Larry Langford, the adult male, believed to be in his 50s or 60s, was pulled from under the heavy debris. He was pronounced dead at the scene and taken to Stroger Hospital.

Langford added that a facade from the top of the building fell onto the porch, likely causing the collapse.

Bystanders who spoke with WGN News, all three adults were sitting on the porch at the time of the collapse.

“[Firefighters] brought two guys out on a stretcher and they put them in the ambulance, but they were still working on a third person to try and get him up from under the rubble,” neighbor Cassandra Stewart said. “He was under the bricks, and from what I heard, the only thing you could see was his face. All the rest of his body was covered with bricks.”

The city has cited the building for multiple violations, according to public records. The building was in foreclosure in 2018 but the case was later dismissed. The building owner, Katie Mae Simmons, filed for bankruptcy just weeks ago.

The case is still pending.

This is a developing story. Stay with WGN News for updates. 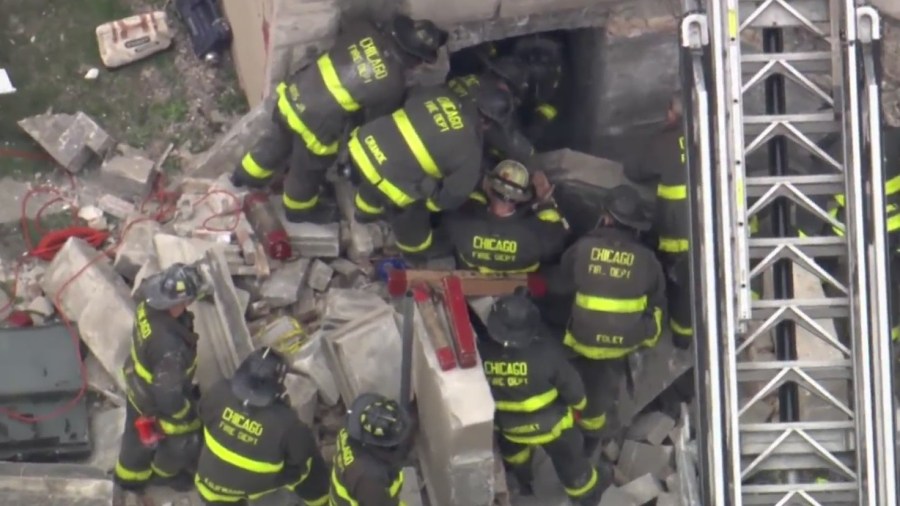