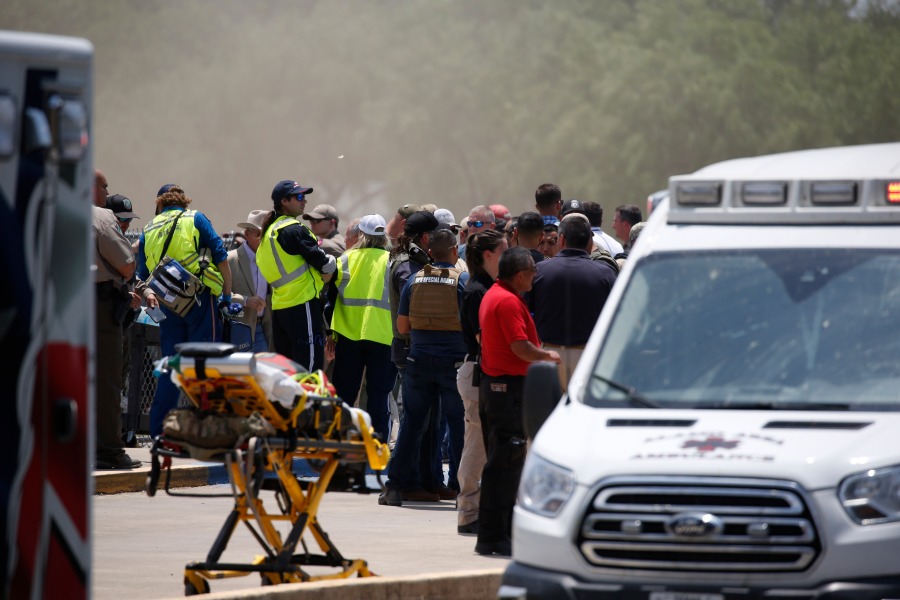 (NEXSTAR) — The death toll after a gunman opened fire at a Texas elementary school Tuesday now includes 18 children and two adults, including the shooting suspect, according to the Texas Department of Public Safety. Officials previously said three adults were dead after the shooting, but issued a correction shortly after.

Earlier in the day, Governor Greg Abbott said the 18-year-old suspect, identified as Salvador Ramos, of Uvalde, abandoned his car and entered the school where he opened fire with a handgun, and possibly a rifle, before responding officers shot and killed him.

The governor also said that the gunman shot his own grandmother before entering the school.

It was the deadliest shooting at a U.S. grade school since the shocking attack at Sandy Hook Elementary in Newtown, Connecticut, almost a decade ago killed 20 children and six adults. And it came just 10 days after a gunman in body armor killed 10 Black shoppers and workers at a supermarket in Buffalo, New York, in what authorities say was a racist attack.

“Our job is multifold,” Abbott said during a news conference. “First, to make sure we address exactly what happened at this crime scene. Second, to make sure we take that information and do everything that is necessary to ensure that crime scenes like this are not going to be repeated in the future.”

Uvalde Consolidated Independent School District Superintendent Hal Harrell said that school has been canceled for the remainder of the year and administrators will issue a statement about graduation events later.

“This was a tragic and senseless event today and my heart is broken,” Harrell said.

Earlier, Uvalde Memorial Hospital confirmed two of the deaths and added that the facility received 13 children by ambulance for treatment.

“If you are not an immediate family member, we are asking you to refrain from coming to the hospital at this time,” the hospital wrote on Facebook.

Another hospital, University Health, said it was treating a child and an adult patient from Robb Elementary.

Uvalde CISD tweeted shortly before 12:30 p.m. local time that there was an “active shooter” at Robb Elementary, and that the rest of the district was on lockdown.

At 1:06 p.m. Uvalde police announced that a shooter was in police custody.

A reunification site was set up at the local civic center for Robb students and their parents.

Discussing life-altering situations, like the Texas school shooting, with your children

Gov. Abbott’s office issued a statement in the wake of the mass shooting saying that “Texans across the state are grieving for the victims of this senseless crime and for the community of Uvalde.”

Abbott, along with former President Donald Trump and Sen. Ted Cruz, is slated to speak at the annual NRA meeting in Houston in less than 72 hours.

“Enough is enough,” Vice President Kamala Harris said Tuesday. “As a nation we have to have the courage to take action and understand the nexus between what makes for reasonable and sensible public policy to make sure something like this never happens again.”

“As a nation, we have to ask when in God’s name are we going to stand up to the gun lobby?” President Joe Biden said in an address to the nation. “When in God’s name do we do what we all know in our gut needs to be done?”

Uvalde, home to about 16,000 people is about 85 miles west of San Antonio and 60 miles east of the southern U.S. border with Mexico. It is also the hometown of actor Matthew McConaughey.

Robb Elementary has an enrollment of just under 600 and is located in a mostly residential neighborhood of modest homes.

The district is providing grief counselors for students, staff and community members.

The Associated Press contributed to this report. 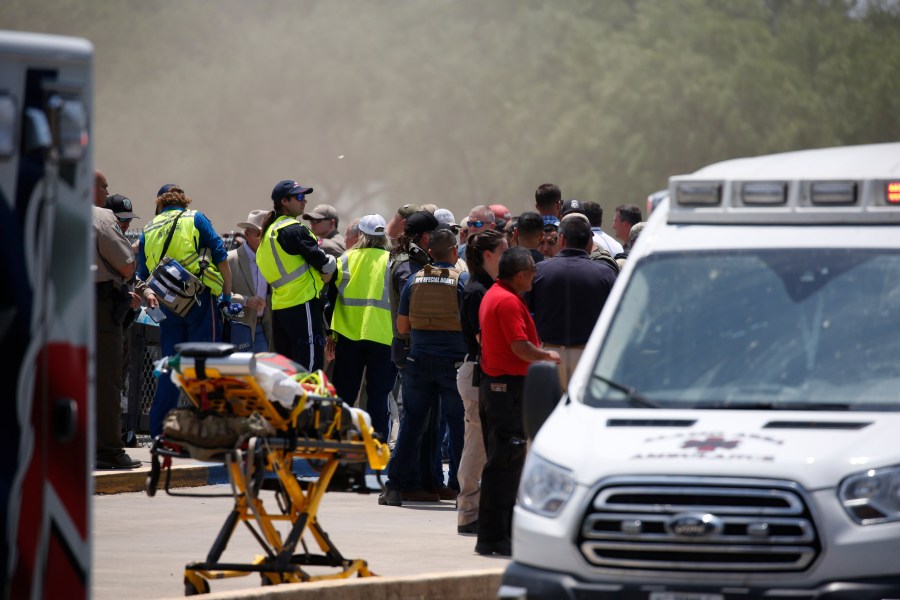