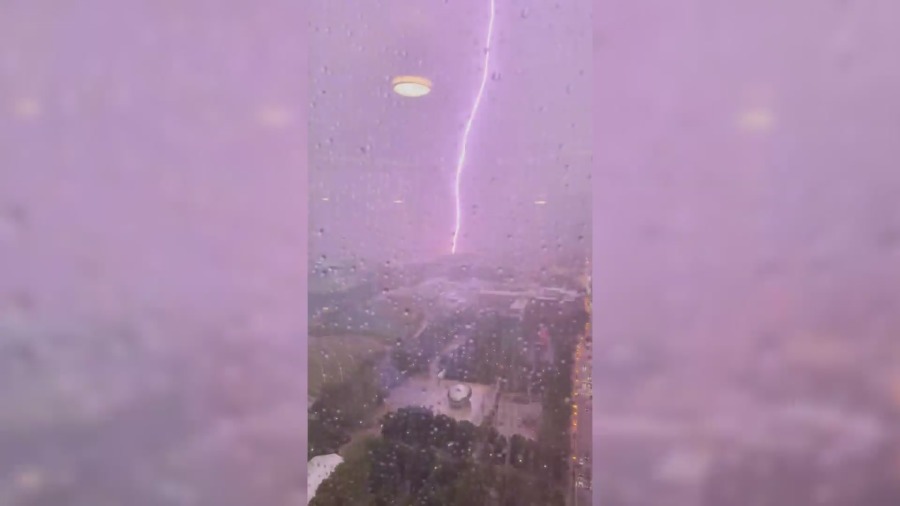 CHICAGO — Ahead of a potential extreme heat wave this week, the skies erupted in the Chicago area Monday afternoon and evening – prompting several tornado warnings.

The first Tornado Warning was issued for Cook and Kane counties at around 6 p.m. Shortly after, the City of Chicago was involved. Two warnings encompassed the entire city until 7:45 p.m.

Several areas in the city and suburbs reported extensive wind damage and power outages. At this time, there are over 75,000 ComEd customers experiencing outages.

The last Tornado Warning expired at 8:15 p.m. for Lake and Porter counties in Northwest Indiana.

In Lincoln Park, part of a wall in a parking garage collapsed. Several WGN viewers sent in pictures of downed trees throughout the area.

The storm came ahead of an extensive heat wave predicted for the area over the next few days.

Cooling areas are located at six community service centers and will be available Tuesday and Wednesday. Visitors are required to wear a face covering while in the cooling areas.

The oppressive heat and humidity will break as we head towards next weekend. 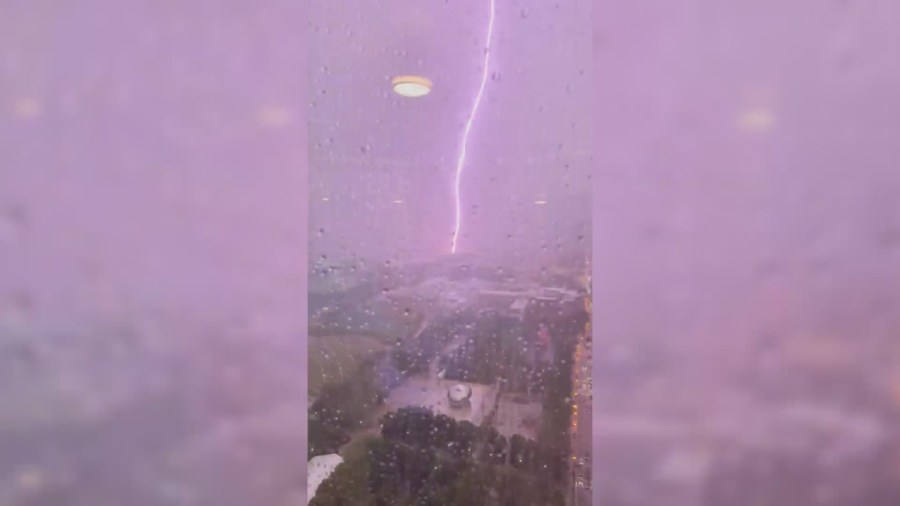