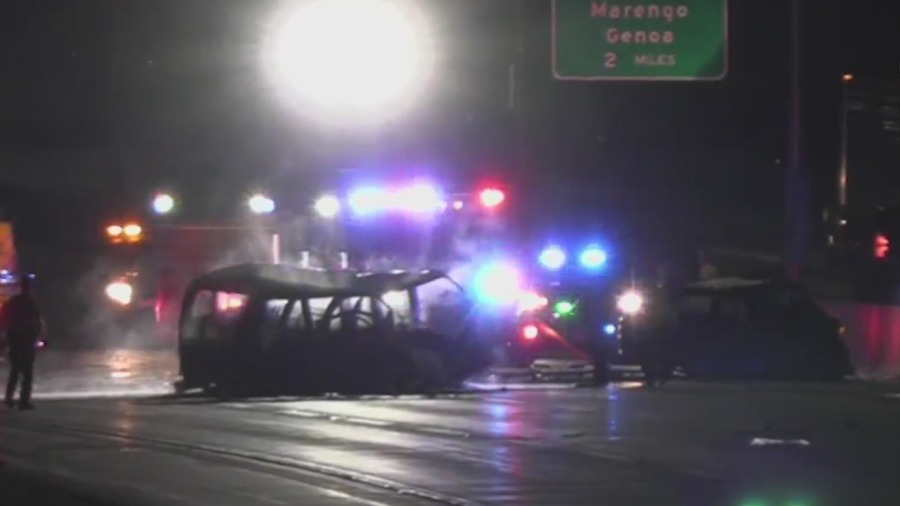 MCHENRY COUNTY, Ill. — Five children and two adults were killed Sunday in a crash involving a wrong-way driver on I-90 in McHenry County, authorities said.

Illinois State Police said the crash occurred on westbound I-90 near Mile Marker 33 in Hampshire in McHenry County around 2 a.m. Police said the sedan was traveling in the wrong direction and crashed head-on into a car.

State police said a Dobosz and five children in the van were killed. Fernandez was also killed.

Thomas Dobosz was airlifted to a Chicago hospital in critical condition.

As authorities investigated, a portion of westbound I-90 was closed for several hours Sunday. All lanes have since reopened. The investigation is ongoing.

WGN News spoke with Rolling Meadows residents who are disbelief upon hearing that the early morning crash claimed the lives of a neighboring family.

“They would do anything if we asked and vice versa,” said neighbor David Moreno.

Moreno said Thomas and Lauren Dobosz were married with four children and lived across the street from him. He believes the fifth child injured, a 13-year-old girl, was their oldest child’s friend.

“The kids were very friendly,” Moreno said. “They were always talkative. We would always run into them at the supermarket.”

David says Lauren worked at a vape shop nearby and Thomas worked with his brother as a subcontractor. He says his heart goes out to the entire family, especially Thomas, who lost everything in a split second.

“It’s hard as a parent, as a husband. You always think, ‘what would I do if I was in that situation?’ Moreno said. “I can’t even imagine what he would be feeling.” 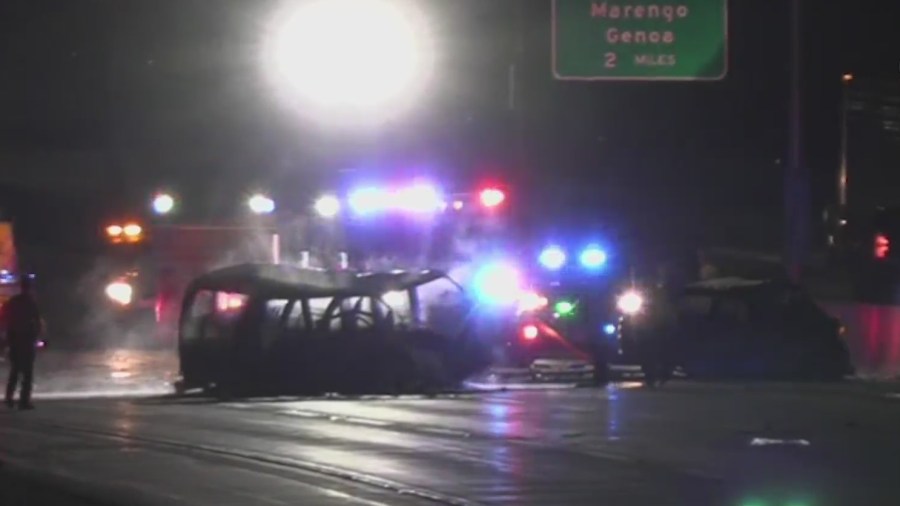