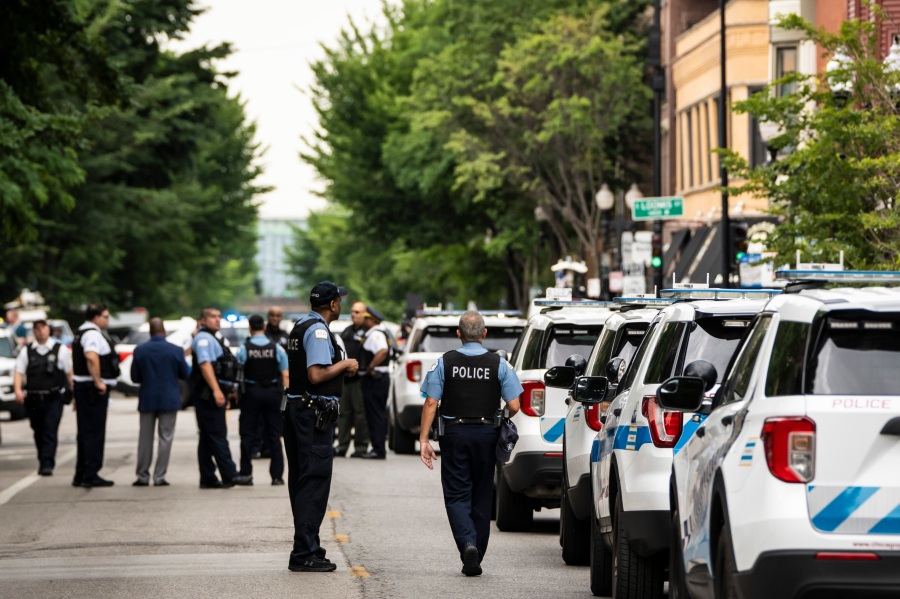 CHICAGO — A person was taken into custody after a Chicago police officer was shot on the city’s Near West Side.

Police spokesperson, Tom Ahern, on Friday morning said a 12th District officer was shot around 8:30 a.m. and taken to Stroger Hospital. Sources said the officer is in serious condition and underwent surgery.

Brown said officers responded to a domestic call on the 1300 block of West Taylor Street. When officers got off an elevator to head to an apartment, they were fired upon by the offender. One officer, a male with 15 years on the force, suffered multiple gunshot wounds.

Video shows that the officers were fired upon in an “ambush,” Brown said.

“We have to remember that officers every single day are risking their lives for our safety,” Mayor Lightfoot said at a news conference.

Brown said Chicago officers did not fire their weapons during the incident.

The offender was taken into custody after the shooting and was taken to Mt. Sinai Hospital for an injury to his wrists.

Dr. Martin Royeen, who lives in Little Italy, says his neighborhood is typically peaceful. He said the crime surge is a reflection of deeper societal problems.

“These are symptoms of the greater problems and the underlying causes of the problems that have not been addressed in our society,” he said.

Brown said charges are pending against the alleged shooter. 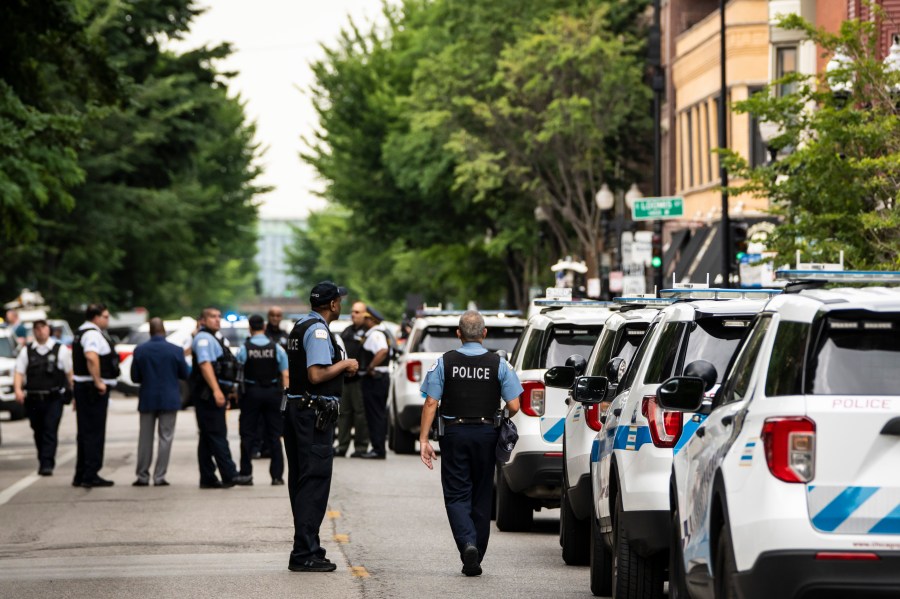