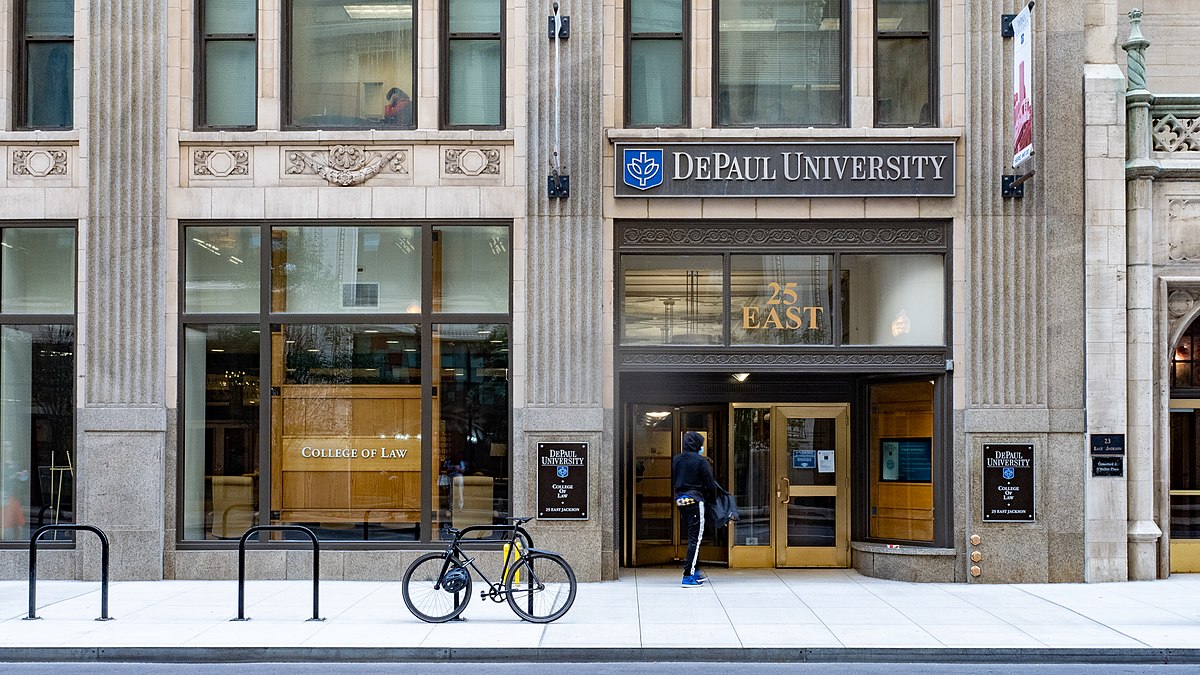 DePaul University is the largest Catholic university in the United States, and it is located in Chicago, Illinois. It is an institution that strives to uphold human dignity and Vincentian personalism, which is done through fostering a community of people who care for each other and are always ready to serve. Palestinian human rights continue to be violated, as seen recently with the raids on Al-Aqsa mosque during the holy month of Ramadan and the killing of Palestinian-American reporter for Al Jazeera, Shireen Abu Akleh, by Israeli forces. Amidst the injustices that continue to happen, we look to our more personal institutions to examine how Palestinian solidarity is flawed on all levels.

Let’s take the first case—Jason Hill, a tenured professor of Philosophy at DePaul University. He wrote an article for The Federalist in April of 2019 that called for the Israeli annexation of the Palestinian West Bank, which professors and students essentially equated to ethnic cleansing.

During an appearance on Fox News’ Tucker Carlson talk program, he described a column he wrote attacking the BDS movement, where he stated that “…Israel was the only democracy amidst a bunch of illiberal and primitive regimes that do not respect the inalienability of human rights and individual rights.” He wrongly conflates any criticism of Israel as being anti-Semitic, which is becoming an increasingly common trend with the growing movement to redefine anti-Semitism to encompass any criticism of Israel. Yet as Hill denounces activists who defend the rights of Christians and Muslims in Israel and Occupied Palestine, he stays silent on Israel’s denial of rights to the Christian and Muslim Arabs living under Israel’s oppressive military rule.

In response to the actions of Professor Hill and particularly the article he wrote, a coalition of students from many different organizations on campus such as the Students for Justice in Palestine group and the Black Student Union began distributing a petition that called on DePaul University to censure Hill, require him to commit to racial sensitivity training and to release a public apology for his immoral conduct.

In response to the petition, President A. Gabriel Esteban sent an email to the school stating that “The University will not censure Professor Hill for making unpopular statements. Our professors and students share academic freedom, guaranteed to them by their membership in the university community.” DePaul’s Faculty Council eventually voted to support a resolution that condemned Hill’s article though it was not the formal censure that students wanted.

The double standards when it comes to claims of “academic freedom” are exceptionally noticeable considering DePaul’s denial of tenure to Norman Finkelstein, an outspoken critic of Israel.

The typical benchmarks for tenure are publications, teaching and service, and Finkelstein had easily met all three of those. The Political Science Department recognized his accomplishments in scholarship and teaching, overwhelmingly voting to award him tenure and promotion in Spring of 2007. This was followed by a unanimous vote in his favor by the college personnel committee. So when he was opposed by the Dean of the College of Liberal Arts and Sciences, it raised questions about the reasons for his denial of tenure.

To explain their decision, Dean Charles Suchar claimed that Finkelstein lacked “Vincentian personalism,” which necessitates respecting the dignity of others and a range of intellectual opinions. Suchar did not believe that Finkelstein was capable of respecting the viewpoints of those with whom he disagreed. Finkelstein has said that DePaul’s decision to deny him tenure was instead a result of political opposition to his speaking out about the Israel-Palestine conflict, especially as he went against the overwhelmingly pro-Israel political environment within the United States. As Finkelstein became the object of a vicious smear campaign, DePaul University succumbed to the enormous outside pressure from the Israeli lobby, as they did not want to be in the spotlight for standing their ground on this human rights issue that has become increasingly controversial.

Fast forward to almost 15 years later: in May 2021, Finkelstein told The DePaulia, the award-winning newspaper written and published by students at DePaul, that for the first time since the incident, he is ready to revisit history and demand an apology from the university. This comes as he is currently writing a book about ‘cancel culture’ and academic freedom in which he touches on his experience at DePaul—an experience that blackened his name to the point that he was never able to teach again.

Not only does the general negative attitude toward Palestine force Pro-Palestinian students and faculty to self-censor in profound ways, it also holds educators back from teaching. It is increasingly clear that Palestine is the exception when it comes to many freedoms in this country—especially free speech—and it continues to affect many individuals in the field of academia and beyond.

DePaul is not the first or last university to succumb to the overwhelming Israel lobby in an attempt to stay out of public’s eye, especially given the intensely of the pro-Israel discursive environment within the United States. Yet it is still disheartening to see DePaul University, which prides itself for its emphasis on social justice, turn such a blind eye when it comes to the Palestinian struggle.