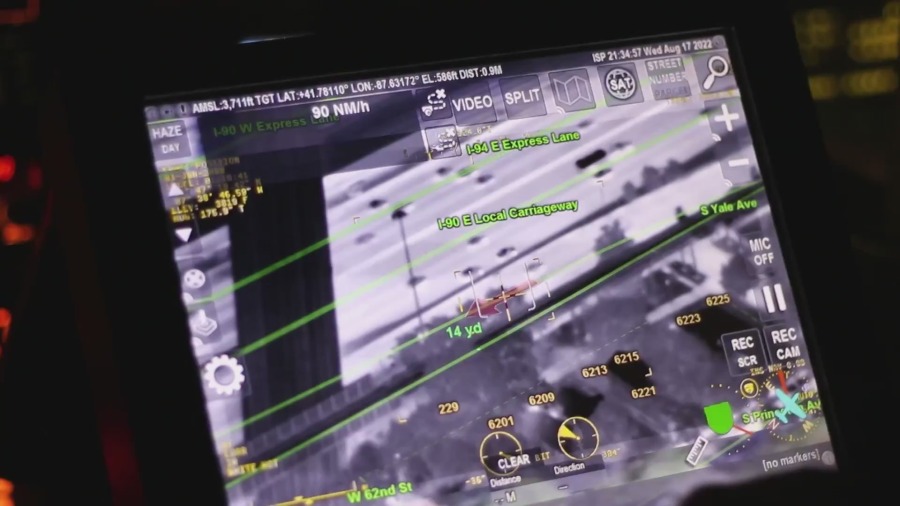 The suspect’s car had been spotted near the scene of several felonies in Orland Park and a shooting in Chicago before leading police on a wild chase on a winter night. Speeds topped out in excess of 100 miles per hour, but the police pursuers were still confident when they backed-off just a bit as the chase grew more dangerous.

They knew something the fleeing suspects didn’t — the men in the car were being tracked from the air.

“I think a lot times they still don’t know we’re there, and that’s okay with us,” said ISP Sgt. Greg Wilson.

Wilson and his partner in the sky, Trooper Robert Lyons, are the ultimate backup as their colleagues on the ground chase increasingly-bold suspects.

They fly daily in a cramped, unassuming Cessna airplane equipped with an infrared camera, recording equipment and police radios that compete with air traffic control for attention. Carjackers and expressway shooters command most of their attention these days.

They can quickly join in a pursuit or stay with a suspect vehicle long after officers on the ground may have deemed a chase too dangerous.

“That’s the one job — stay on that vehicle and don’t lose the vehicle,” said Trooper Lyons.

There have been 136 shootings on Illinois expressways so far this year, down 53 from the same period last year. Illinois State Police Director Brendan Kelly credits the air operations team, along with the deployment of license plate readers and extra officers for the reduction.

“One way or another we’re going to find you,” Kelly said. “It might take a little longer to be safe – but we have assets, we have the tools, we’re going to get you eventually.”

The car connected to the felonies in Orland Park and shooting in Chicago eventually stopped and the occupants ran. Their glowing figures were highlighted on the plane’s infrared camera as the crew radioed officers on the ground their exact location for an arrest.

“One is out of the car,” the airborne trooper said. “70th and South Dante. He’s right there! That’s your guy!”

He was charged with possession of a stolen vehicle and aggravated unlawful use of a weapon with a laser sight or silencer. He’s currently locked-up in the Cook County Jail awaiting trial.

WGN Investigates flew with the Illinois State Police air operations team, one of four that operate across the state, for a look at their unique role in combatting crime. Ben Bradley has the story above. 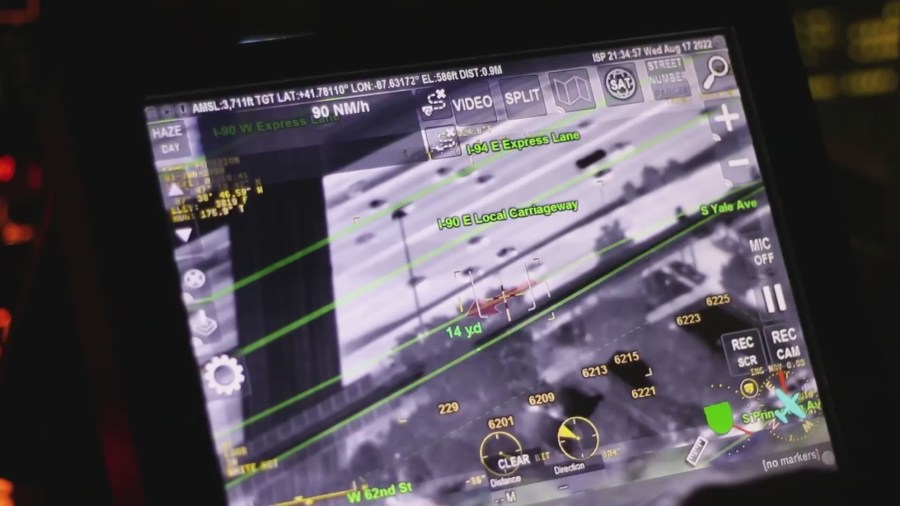