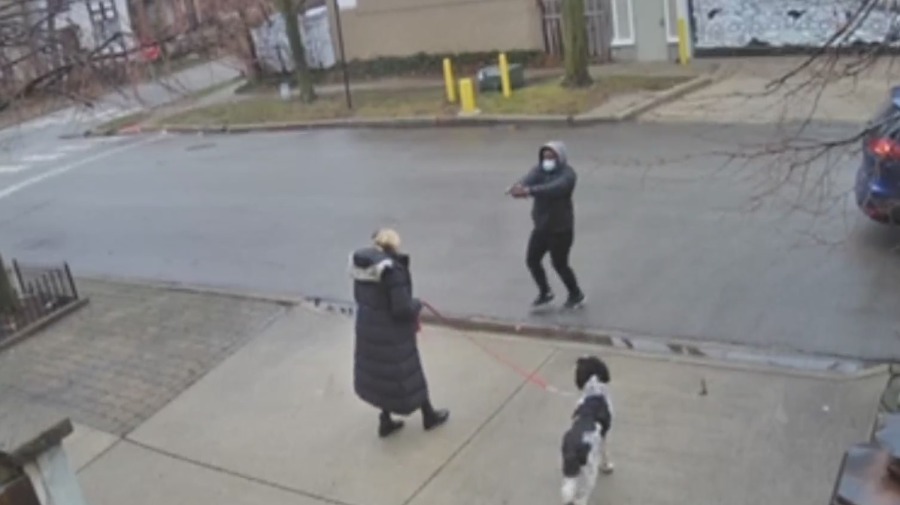 CHICAGO — An armed robbery in Lincoln Park caught on camera shows the moments a 70-year-old woman was robbed while she was walking her dog.

All of this happened before noon Wednesday.

The woman, Diana Dejacimo, told WGN she just parked to visit her daughter in Lincoln Park.

She brought her dog, Jasper, for a playdate and decided to walk him first.

While she was at the corner of Webster and Wayne, robbers in a blue Honda CRV pulled up to her. One got out and pointed a gun at both her and her dog.

“He pointed the gun at the dog, and I’m like ‘No you are not touching my dog, take my purse and go away,'” Dejacimo said.

Dejacimo said she didn’t even know the gunman was wearing a mask until she saw the video, but she’ll never forget his gun was champagne colored.

She said he stole her purse but later tossed it out. The only thing missing was her car fob.

She later realized they used that to steal her SUV she just parked.

“All I remember is this big gun, he’s holding it sideways in my face,” Dejacimo said. “He says ‘Give me your purse or I’ll you and the dog.'”

Dejacimo said she saw four people in the car, two who stayed in the car and two who got out and took her SUV.

This armed robbery happened at the same intersection where culinary student Dakotah Earley was shot during an armed robbery in May.

He lost his leg and is still recovering from his injuries. He’s now beginning to walk again with a prosthetic.

Chicago police are still investigating Wednesday’s robbery and said no one is in custody.

2nd Ward Ald. Brian Hopkins is advocating for more license plate readers throughout the city to catch stolen cars, like the blue Honda, before the thieves can target someone else.

“In fact, it had been programmed into the database that would trigger a hit through the license plate character readers,” Hopkins said.

Hopkins said the car used in Wednesday’s robbery was stolen.

A neighbor in the area, who didn’t want her face shown on camera, said she is angry and frustrated by the violence.

“My husband literally called me and said, ‘Don’t leave the house.,'” the neighbor said. “That’s my day today.”

Dejacimo said she won’t be calling Chicago home for much longer. She said they’re moving when their lease is up next summer. 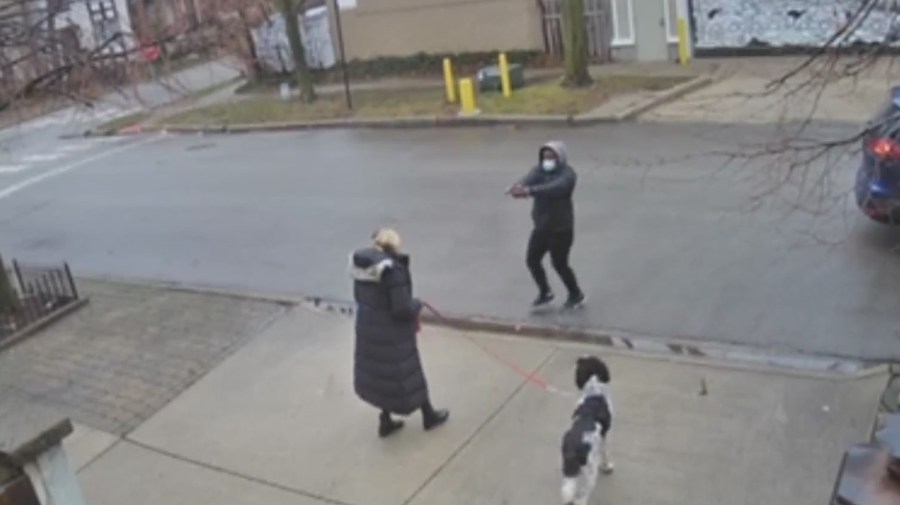