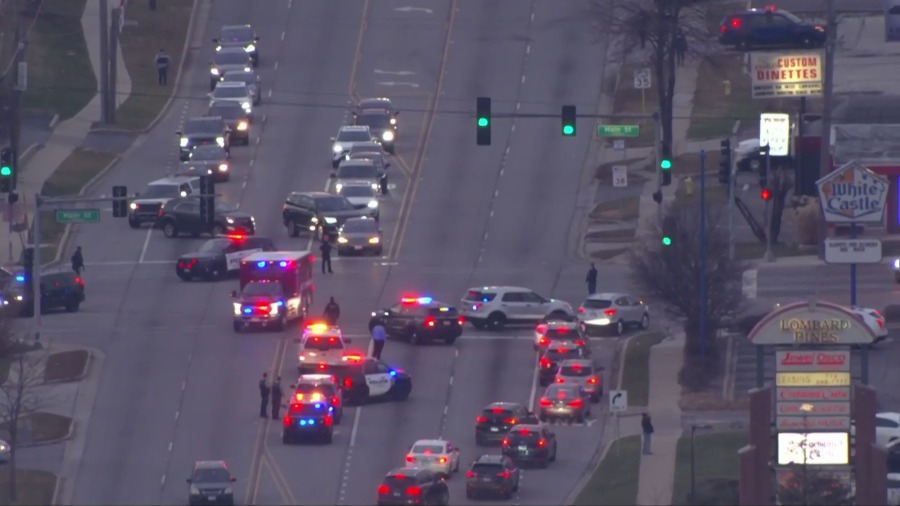 LOMBARD — A police officer is hospitalized after being shot in suburban Lombard.

Sources told WGN News that the wounded officer was responding to an armed robbery in progress and was shot by one of the fleeing suspects. Village of Lombard officials confirmed that an officer was shot and a suspect was wounded.

SEE ALSO: $100K in bond for man accused of shooting into Lombard home

The officer, believed to be a male detective in his 30s, was taken to Good Samaritan Hospital in Downers Grove with a gunshot wound to the leg, sources say. His condition is unknown.

Two people are in custody, the source added.

Michael Koziol lives nearby and said he was surprised when his friend told him about what happened.

“That’s why my friend, who lives here, called me about it because it was so surprising that it happened across the street from where we work out at,” Koziol said.

Lombard officials asked the public to avoid the area of Ann Street between Lincoln and Main while they conducted their investigation. 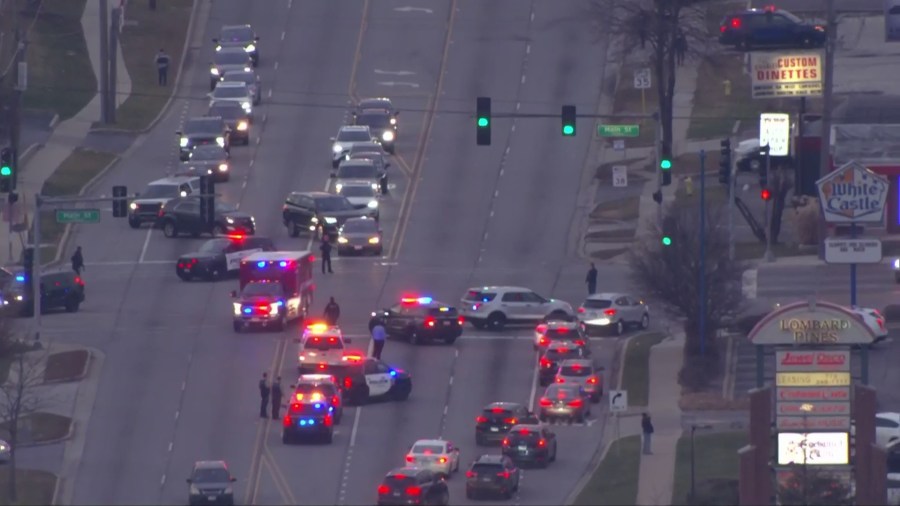