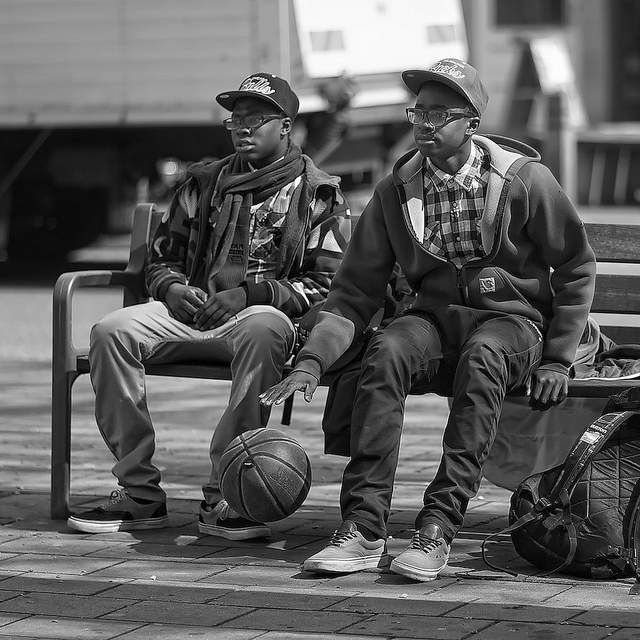 Living in normalcy exists, but not for everyone. Unfortunately many African Americans struggle living their everyday life due to racism that still exists in this country. The unjustified shootings of Jordan Davis, Trayvon Martin, Michael Brown, and other young black men who are not always written about in the media, depict a twisted side of policing and the justice system that was always noticed but is increasingly being questioned. How can we question a system that swears to serve and protect? How does a nation learn to move forward when the foundation of racial profiling is not being addressed?

The meaning of equality and natural rights aren’t something we think about because we are taught as citizens of this country that they exist, but for some those rights come with great questions and discrimination. In the article, 7 Things I Can Do That My Black Son Cant, Calvin Hennick sheds light on how he as a white man is privileged and what his son and daughter will face because they are black. “I see hassles that my son will have to face that I don’t.” Hennick questions the very institution of equality because he fears how his children will be categorized and possibly treated. As a parent, he is hurt knowing how unfair it is to grow up in a country that isn’t fully accepting. He points out how privileged people tend to dismiss the fact that they are privileged because they don’t ever get stopped or questioned for entering a high-end department store or for simply strolling in a wealthy neighborhood. The stereotypes embedded in society have taken a toll on many innocent Americans whether they are of a different color, religion, or nationality. This problem with labeling who people are, due to the color of their skin or whatever their background might be, creates a great amount of stress and segregation amongst many Americans.

The point of how the existence of normalcy exists but not for everyone, is unfortunate. For example, an article published by truthout illustrates the hostile police brutality against African American men. “Ortiz Glaze, who had no criminal record and was unarmed, was running away with his back to police, when officers fired multiple shots at him, hitting him twice.” A year later, after Glaze’s bench trial, the judge finally cleared his charges of resisting and obstructing a police officer. Glaze filed a lawsuit suing the City of Chicago, the Chicago Police Department, and the two officers that unjustly shot him for no reason. This very bigoted action is what creates an ongoing mistrust between citizens and law enforcement. The police shootings that killed Jordan Davis, Trayvon Martin, Michael Brown,  and wounded Ortiz Glaze is a major factor that exacerbates violence in this country. The fact that police officers have the right to shoot, and possibly kill, whomever they believe is a suspect, speaks to the level of inequality and harassment that people of color face daily.  This police violence against young African American men urges an answer to the question –  why is racial profiling not being properly addressed?