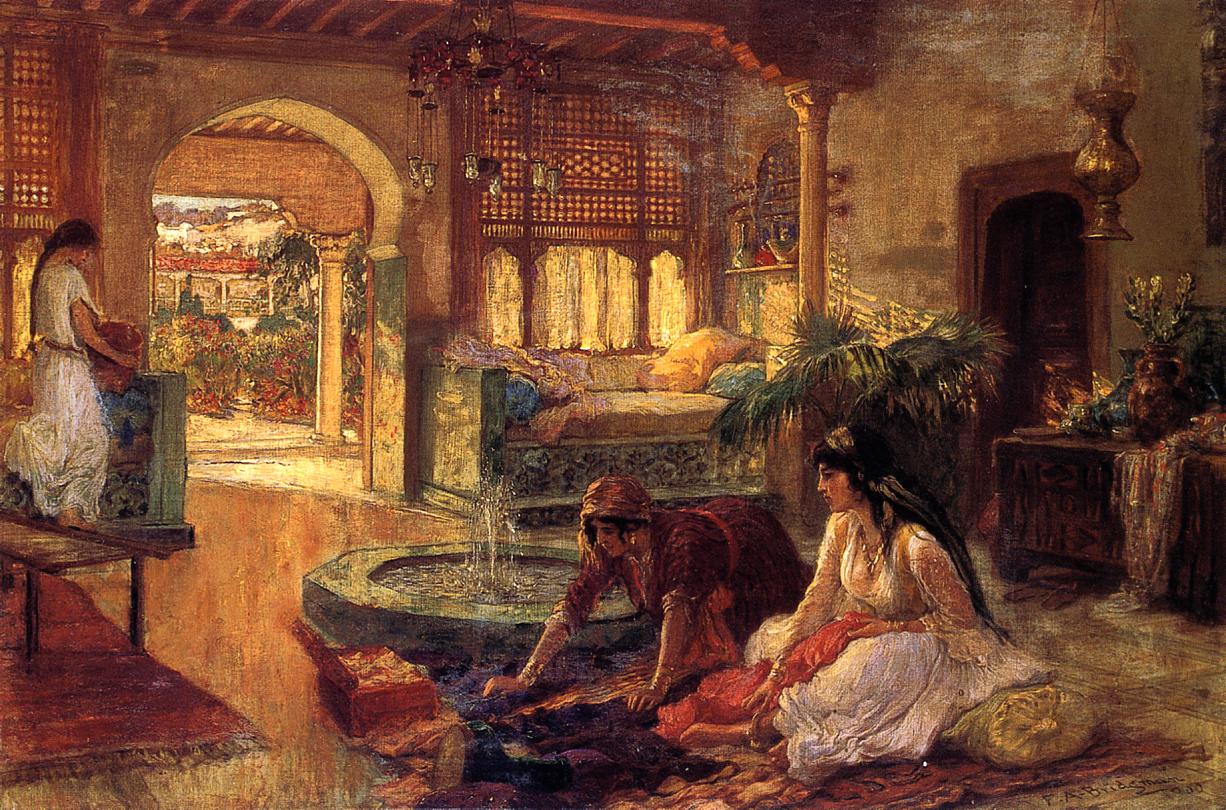 Since the release of Edward Said’s now famous book, Orientalism, his refreshing outlook on the world has taken the academic world by storm with its daring, yet heavily criticized, condemnation of the way the “West” views the “East.” The prominence of this topic cannot be understated and the impact it has had is enormous, with companies such as Disney recently coming under fire once again for their retelling of the famously controversial Aladdin story.

Simply put, Orientalism is a lens through which people view the world which presents the “West” as being dominant over, or more civilized than, the “East.” However, Said would argue that the goal of Orientalism is not simply to create a fictitious account of the “Eastern” world. Instead, Said stated it should be seen as “a style of thought based upon an ontological and epistemological distinction made between ‘the Orient’ and ‘the Occident.’” In other words, this way of viewing the world is purposeful and was crafted by “western” thought in an attempt to create an “other” that could be manipulated and controlled. In the quote below, Said furthers this thought with a statement that highlights the impressive scale of this topic:

“My contention is that without examining Orientalism as a discourse one cannot possibly understand the enormously systematic discipline by which European culture was able to manage—and even produce—the Orient politically, sociologically, militarily, ideologically, scientifically, and imaginatively during the post-Enlightenment period.”

Orient and Occident are two words that should truly mean nothing. However, they were made into these monumentally relevant and unique topics due to Western European culture’s need to produce a counter to itself. Unfortunately, this belief in the “other”, as Edward Said calls it, would only grow into a more sinister distinction which we see all too often through modern society.

Media in the West has been a key player in the rise of these Orientalist notions as the stereotypes produced by these views are constantly cemented through the media we consume. Beyond the big budget Orientalist views found in blockbusters like Disney’s Aladdin, other companies such as Coca-Cola have recently come under fire for presenting similar notions that misrepresent “eastern” people.

In a Super Bowl ad presented in 2013, an Arab man is depicted walking a camel through the desert towards a comically large Coca Cola bottle while wearing a kandura. The man is quickly passed by a collection of characters including cowboys, Las Vegas showgirls, and a group of bandits that all seemingly come from various eras of filmmaking in Hollywood.

The point of this campaign was to have viewers visit the website listed in order to vote on who would “win the race” yet the Arab man is left out of this poll. His exclusion from this poll speaks volumes—once again, Orientalist views are thrust into the limelight as the only representation given to this man is an outdated and stereotypical portrayal of “the Orient”. In other words, the Arab with his camel is the backwards pawn with no chance of keeping up with “the West”.

In a Huffington Post article about this controversy, it was stated that CBS declined to comment on the video but that Coca-Cola spokeswoman Lauren Thompson said the company took a “cinematic” approach with the ad, employing the characters as a nod to movies of the past. However, this only furthers the often stated criticism of Hollywood that points out the lack of proper “eastern” representation in meaningful ways in “western” media.

In a study done by the MENA Arts Advocacy Coalition, the stats behind Middle Eastern and North African (MENA) actor representation were uncovered and the results were deeply disheartening to see. This group makes up 3.2% of the U.S. population with an estimated 10 million people. However, the study shows that 92% of scripted TV shows have no MENA series regular characters. When MENA actors do portray MENA characters, 67% appear on crime or geopolitical dramas. Furthermore, most MENA characters, 78% to be exact, are portrayed to be terrorists, agents, soldiers, or tyrants, only exacerbating the Orientalist enriched stereotypes we have discussed. These people are constantly being portrayed as foreigners or outsiders and the fact that 67% of MENA characters speak with a pronounced foreign accent only serves to further cement these views.

The portrayal of people is important. The constant reinforcement of stereotypes throughout Hollywood and television only serves to cause further harm to the image of the MENA community and embolden those who believe these Orientalist notions. Although some progress seems to improve the representation issue in Hollywood, we are still a long ways away from resolving this issue.

However, issues with Hollywood’s representation of Arab peoples is only the tip of the proverbial iceberg when it comes to the massive breadth and scope of Orientalist views. While American media is the focus of attention currently, those interested in learning more about Orientalism should dig a bit deeper to truly see how ingrained these notions of structure are in our society.

The impact of Orientalism is widespread and in the video embedded below, we are shown how these views persist outside the realm of entertainment. In the opening seconds of this documentary, we are subjected to stereotypical “Arabian” music and a strong declaration that the Suez Canal crisis was an issue between the United Kingdom and an “Arab” nation. Stereotypical presentations of “eastern” states are rampant. The fact that this documentary, which was produced by the BBC, reduces Egypt into a descriptor word such as an “Arab nation” is just as impactful as a stereotype presented in Hollywood.

This is not an isolated issue either, as documentaries and textbooks around the country reflect these stereotypes to the point that we barely notice them today. Representation is important but we must be diligent in our efforts to avoid the Orientalist trappings that have too easily become the norm and which make up the everyday way we think about the world.

Join me in part two of this article later this summer where I will further discuss the impact Orientalism has had on school systems and how we can fight these stereotypes in Chicagoland and beyond.