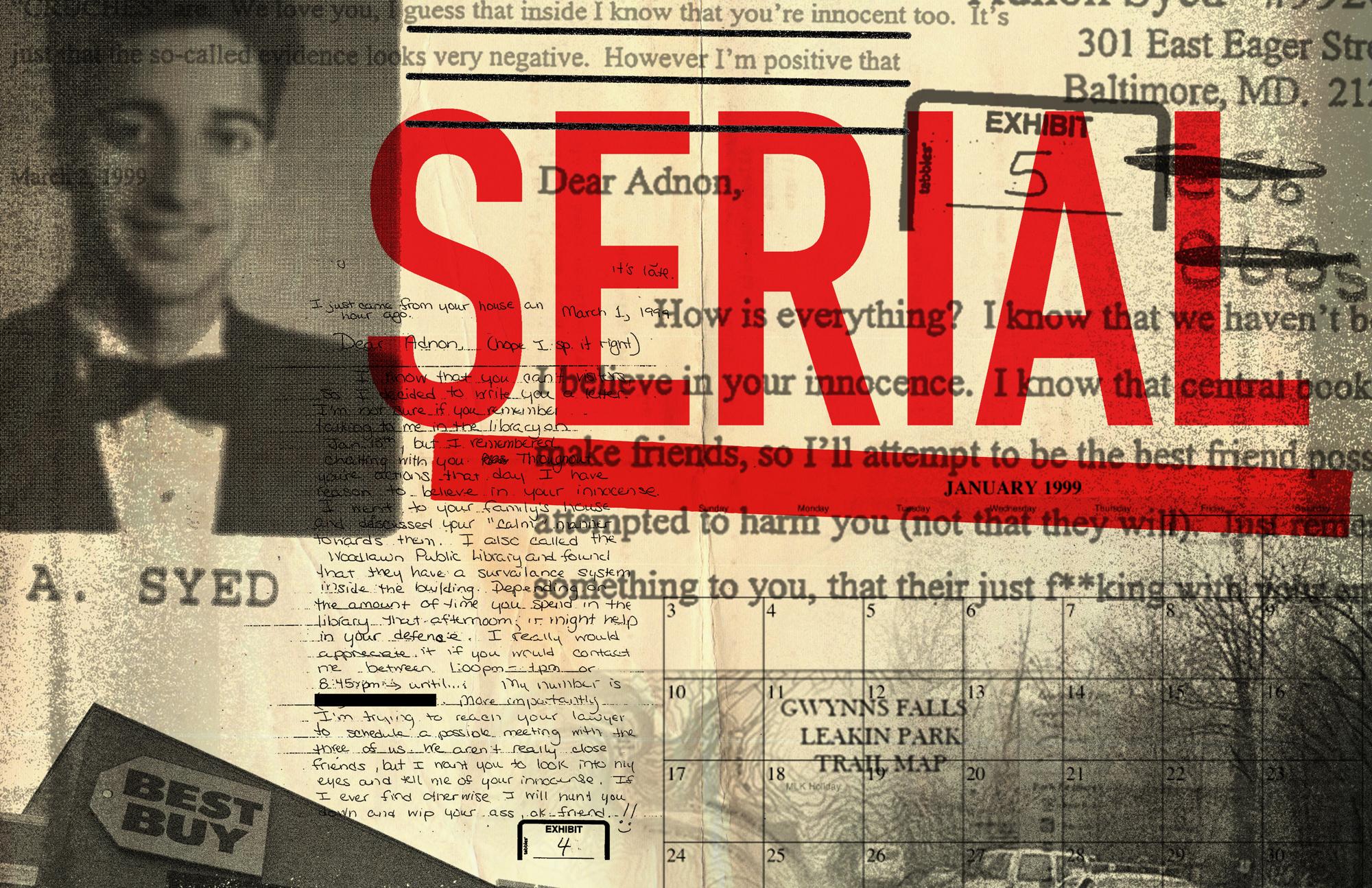 “Have you heard of this podcast called Serial?”

When three different people (with absolutely no connection to each other) asked me this question in the span of 48 hours, I figured it was time to give Serial a shot.

Naturally, I got hooked after listening to the first episode. The story is about the murder of 17-year-old Hae Min Lee, and her ex-boyfriend, Adnan Syed, who was charged with the murder and has been serving time for the past 15 years. The victim: a daughter of Korean immigrants. The accused: a son of Pakistani immigrants. The story on its own is enough to draw anyone one. But I think half of the appeal has to do with Sarah Koenig’s storytelling style, her honesty, her dedicated investigations, and her interviews with classmates, family members, friends, even Adnan himself. It’s the combination of all these elements that make me, along with 5 million other subscribers, tune in every Thursday.

As a Muslim and Pakistani-American, I’m very conscious of how people like myself and other minorities are portrayed, particularly in fiction, whether it’s on page, screen, or in this case, a podcast. The number of times I’ve sighed in disappointment whenever I’ve seen another trailer for another movie with another Caucasian actor playing another minority is more than I care to count. (Exodus anyone?)

But with podcasts, it’s almost better because we’re not caught up with what people look like. By only listening to people’s voices, we automatically pay more attention to their stories and what they are saying. More than that, with Serial, Koenig lets people talk for themselves. That’s what makes it so great. She isn’t trying to lecture anyone. Serial is not a podcast about Islam or Muslims or even immigrant communities in America. It’s about trying to uncover the truth about a murder that took place 15 years ago. It just happens to involve a Muslim.

Koenig doesn’t really talk about Islam except to use it in the context of explaining Adnan’s upbringing, mainly his conservative parents. It’s the only issue I take with it: the tie she makes between Islam and the word, conservative.  There are so many layers to Muslims, especially Muslim-Americans. They can’t just be divided into categories of modern or conservative, traditional or liberal. There are as many interpretations of a religion as there are stars in the sky. It may be a small thing to get worked up about, but the representation of Muslims, of any group of people, is an important matter. It affects everything from politics and legislation to how a random stranger interacts with you at the grocery store.

I think a lot of Muslims see themselves when they hear Adnan’s voice. When he talks about being worried his parents will find out about his relationship or just trying to find a balance between different identities. Pakistani vs. American, Muslim vs. non-Muslim. Most of us can relate. In fact, almost every kid in high school or even college can relate with trying to figure out who they are, what kind of person do they want to be. Plus what kid hasn’t lied to their parents about something at some point?

I have no idea if Adnan Syed is innocent or not. I’m just glad that in this case, for this story, he and others have gotten a chance to tell it how they see it, with their own voice.