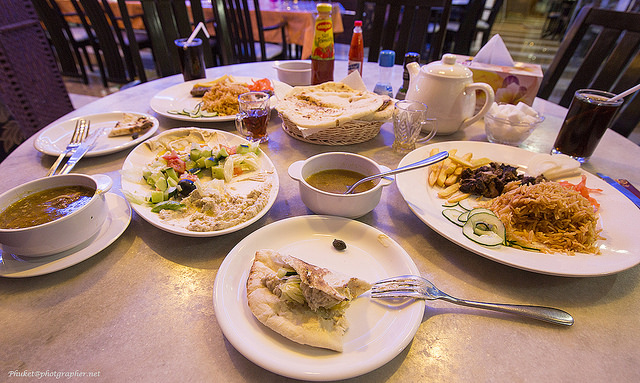 With a diverse student population at DePaul, some students want more variety with DePaul’s on-campus dining options for students with religious dietary restrictions.

DePaul’s UMMA (United Muslims Moving Ahead) is one group looking for some improvement. They feel DePaul’s dining service has limited selections for Muslim students who follow the dietary law of Halal consumption. UMMA is currently surveying the demand for a Zabiha Halal dining option. Out of 147 responses so far, 64 percent felt that DePaul should offer this dining service in support of being receptive to diversity, according to Vincentianvalues.

‘Halal’ is a term in Islam that specifies food ingredients and items that are permissible to eat by the Islamic dietary law, while‘Zabiha Halal’ specifically d e a l s with meat of most animals (i.e. chicken, lamb, cows etc.). Animals are slaughtered and prepared by the religious teachings in the Quran. However, it’s not permissible for Muslims to consume the meat of pigs and any food items that contain blood or alcohol.

Joseph Kerins, a sophomore economics major, proposed the need for a Zabiha Halal dining option and collaborated with DePaul’s Fair Trade Council to initiate the effort for the largest non-Christian minority, according to University Ministry.

“I find it hard to believe that there is nothing specifically dedicated for Muslims,” Kerins said.

Kerins and UMMA hope to get other student organizations involved. “I feel very strongly about this project,” he said. “There shouldn’t be a compromise when it comes to dietary needs.”

Saifa Hussain, a senior and president of UMMA, is working with Kerins. She expressed concern about students having to balance the cost versus the quality of food.

“We want to have the best type of meat because if it isn’t proper, it defeats the purpose and becomes a compromise,” she said.

“T h e r e was no Halal option in the offered meal plan and it didn’t make sense to pay for a food plan that didn’t fit my religious standards,” Mohammad Sadiq Kurshid, an international student from Pakistan, said.

“I felt there was no variety in food and had to change my diet to fit in,” Valencia said.

Students have raised concerns with dining options, and Chartwells, the organization that runs DePaul’s dining operation, has listened.

At a recent ‘Dine with Directors’ meeting they said a test run on Halal chicken would be offered at the deli on both campuses.

The salad station will also be prepared according to Islamic laws to prevent cross contamination before the spring quarter comes to an end.

“DePaul regularly reviews its dining plans and food options and welcomes suggestions for improvements,” DePaul spokesperson Carol Hughes said. “The managers from Chartwells on campus are open to trying new items and plan on expanding Halal food options to next fall quarter.”

While there is movement to bring Halal meal options, the student demand to serve Kosher food hasn’t been quantified.

“It is possible to serve Kosher options and some students have expressed an interest, but the demand has not been determined,” Joshua Sushan, a sophomore and president of the Jewish fraternity Alpha Epsilon Pi, said.

To increase student involvement, dining directors are asking students to submit traditional and non-traditional recipes or dishes for chefs to implement at dining halls.

“It would be awesome if we could see an interfaith movement for religious dietary food,” Kerins added.