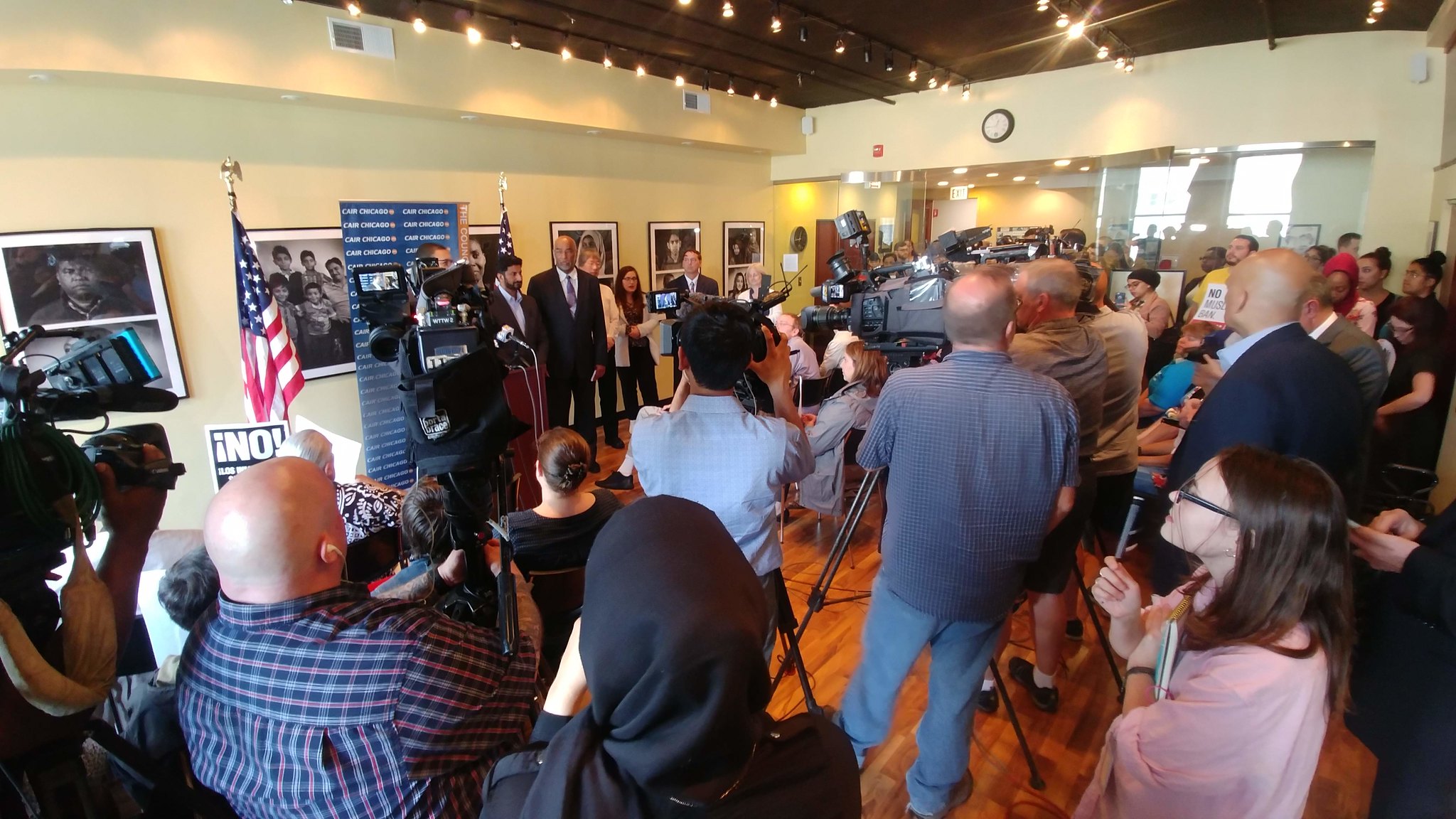 The election result for DuPage County Circuit Court Judge (Patrick O’Shea vacancy) was one of the closest contests of the recent 2020 elections. Azam Nizamuddin, an esteemed Illinois lawyer and grassroots community advocate lost by the slimmest of margins, only 0.6% separated him from opponent Richard Felice, leaving many of his supporters disheartened. While many felt disheartened, most were equally motivated and encouraged that a first-time candidate with Mr. Nizamuddin’s background nearly defeated an incumbent with vast financial resources.

The DuPage County Circuit Court is an elected position according to the Illinois Constitution. I interviewed Mr. Nizamuddin on his background, election campaign, and reasons for running for this position. He made a point to note that the Circuit Court is intended to be representative of the community of DuPage county, but unfortunately this is not currently the case. Over the past decade, DuPage Country has seen significant demographic changes. While many elected positions have reflected this change in demographics, the judiciary in DuPage Country has remained unphased by this lack of representation. This, along with his extensive background in litigation and love of the law, were the main driving forces that compelled Mr. Nizamuddin to run in this election.

After many years of litigation, Mr. Nizamuddin became General Counsel for a financial services firm, where he also serves as Chief Compliance Officer. He is a very busy man. A typical day for him consists of a multitude of tasks, including document review, drafting buy-sell agreements, and drafting real estate documents such as purchase agreements, leases, and easements. He also spends his time on client consultation, providing risk assessments to not for profit entities, and advising clients on litigation strategy. He has diverse knowledge in several categories of law, including real estate, not for profit law, injunctions and TRO’s, and family law, knowledge and experience that would undeniably be valuable to the bench.

In addition to being an attorney, he has served as Adjunct Professor at both Loyola University Chicago and Elmhurst College in DuPage County. He has worked tirelessly as an interfaith leader, collaborating with members of several different faiths, as well as Muslim communities both locally and nationally.

As most could assume, running for office is not an easy feat. Running for public office always invites scrutiny, and in this past election Nizamuddin, his family and close friends witnessed the unscrupulous tactics and political chicanery that elections invariably manifest. Though Nizamuddin is not new to the public spotlight, as noted by his many appearances on local television news, press conferences, and on radio, upon running for office, Nizamuddin was surprised when he was targeted for being Muslim.

During his running, he was the victim of attacks based solely on his religious affiliation and work with not-for-profit organizations, including ones promoting interfaith dialogue. He notes that the attacks and scrutiny he underwent were often due to his affiliation with these types of benign organizations. None of these attacks actually questioned his legal skills or abilities, nor did they examine his knowledge of the law or potential to be a good judge. Rather, the attacks raised questions about his faith and the Muslim community. Several articles written by the same person, which could only be described as hit pieces, were published on right-wing Islamophobia websites or in conservative social media.

He found the bigotry he recently experienced unusual, given his uneventful and local upbringing and his decades spent trying to bring people of different backgrounds together. He frequently works to bring people from different cultural and religious backgrounds together to form a joint effort of cooperation, unity, and peace. He has led vigils in response to several hate-inspired events, including shootings at synagogues and mosques.

One of his most valuable contributions to the community has been his efforts in educating people about differences in culture, religion, and American constitutional law. In fact, he thinks one of the greatest issues we, as a society, face today is the loss of a sense of national unity and common ground. He explains, “unfortunately, disunity and hate are employed as a way to win elections in many parts of the country, including national elected offices”. The politics of hate and polarization is one reason he believes it will be difficult to regain the sense of “national unity” in American society. For this reason, he thinks we must do more as educators, activists, faith leaders, and elected officials, to promote a fact-based society that promotes equity, and seeks common ground in our national values.

His background greatly influenced his commitment to public service and other efforts, but he explains it did not really prepare him for his role as an attorney today. As an American of South Asian descent, there were certain cultural expectations in terms of career choice that he defied, such as the expectation to become a doctor. In fact, he initially majored in Biology at Loyola University, but due to the strong humanities and Jesuit based curriculum at Loyola University, he ultimately decided on majoring in Christian Theology. He then pursued a graduate degree in World Religions and Philosophical Theology. His defying family and cultural expectations by studying religion and going to law school says a lot about Nizamuddin’s worldview. These values, along with the experience of defying the odds and challenging the limits people place on him greatly inform his career as a lawyer, as well as his decision to run for elected office. He places great importance in helping the marginalized and dispossessed and victims of oppression and injustice, ranging from children who are bullied to victims of domestic violence and everyone in between.

Despite his successful career thus far, he still considers his greatest accomplishment to be raising four kids, being a dutiful husband, and taking care of his elderly parents.

We certainly have not seen the end of Nizamuddin’s political career. He cherishes the experience of meeting so many residents and voters throughout DuPage County and is humbled by the fact that he received nearly 230,000 votes. He notes with pride that running in this election was “one of the most wonderful experiences he had” and is “leaving the door open” to considerations of running in the future.