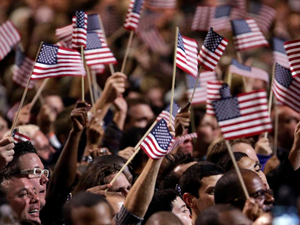 The 2012 elections are now over. We elected the President for a second term. However, it appears that his chances could have been slim to none thanks to the skewing of coverage provided by popular cable news networks, such as Fox, CNN, and MSNBC.

Media Matters for America, a nonpartisan media-monitoring organization, whose main mission is to “monitor a cross section of print, broadcast, cable, radio, and Internet media outlets for conservative misinformation,” released a analysis of the biased airtime in presenting presidential candidates President Barack Obama and Mitt Romney.

Their analysis, done between November 1 and November 5, unequivocally found that major networks dedicated more time to one candidate over the other in some instances.

Analyzing Fox News’ coverage, Media Matters noted that Fox News ignored the last speech President Obama gave as a candidate days before Election Day and instead aired re-runs of the O’Reilly Factor. As Media Matters acknowledged, “The decision to not cover Obama’s last speech was not surprising considering the network has treated its airtime as an extension of Republican presidential candidate Mitt Romney’s communications efforts.” Going more into the crucial final days before the election, Media Matters’ analysis found that on the Monday before Election Day, Fox aired 59 minutes of every Romney Speech. They also found that Fox aired a mere 26 minutes to president Obama in its morning election news coverage.

For MSNBC, the media watchdog discovered that the network dedicated a sheer five minutes to the first three of Romney’s speeches and 44 minutes for Obama’s first three speeches. Then the network aired Obama’s final speech in its entirely, according to Media Matters, which consisted of nearly a half-hour of airtime.

Media Matters discovered that CNN was the only network to give unprecedented near-equal time allotted to both candidates’ speeches. Romney received 66 minutes and Obama receive 39 minutes.

The problem here is obvious. Our major news networks did not use the same equal coverage for the presidential candidates.

It seems that our news networks are trying to elect our candidates rather than objectively inform us how to elect them. This is a major dilemma.

Although it has evolved drastically over time, the idea of the press remains the same. It is synonymous with the democratic process. The press is supposed to allow for the spread of ideas to strengthen a platform of informed citizens to hold government accountable and become informed about the issues of importance in their community and the world, be an objective source and essentially an intermediary between the people, the government, and the news in their community, and the world.

Nevertheless, it seems that the boardroom and the newsroom have been in an affair to allow political ideology to infiltrate the news-media’s function of truth and unbiased reporting.

News networks seem to think that it is imperative to hold conservative attitudes (Fox), moderate beliefs (CNN), or liberal ideals (MSNBC) to execute their role as the press, but in reality, it threatens democratic gains for ordinary citizens.

These networks carelessly ignore the strong power media can have on everyday people. This affect the media has on viewers is well-documented and dates back to 1964 when Marshall McLuhan coined the phrase “the medium is the message,” in his now classic book, Understanding Media, in which he describe the medium (in this instance television) and how the message is perceived and becomes influential. More recently, two Indiana University journalism professors, Maria Elizabeth Grabe and Erik Page Bucy, did an analysis of visual framing in election news coverage and described the evolution and persuasion of “image bites,” which is the influential way networks show candidates where we both hear and see them and it sways public opinion sentiment. Both works, as well as many others, unanimously understand the way media can effectively shapes our moods, attitudes, emotions, and ultimately the decisions we make in the democratic process.

The important thing that needs to be done is to do away with this blurred line between these unneeded political ideologies in the newsroom and do clear, factual, unbiased reporting. A news network should not slyly endorse a candidate with more coverage dedicated to that candidate.

However, what needs to be done primarily is bridging the gap between the political parties in order for the news networks to get the message. The Pew Research Center for the People and the Press, released a study that noted the surging partisan polarization over the last 25 years. They found that it is an increasingly large gap between the political parties on sentiments on political values. With two fundamentally different parties running our country, it is no wonder why people, let alone news networks, need to pick sides.

Azam Nizamuddin: An Advocate For Justice And Pluralism in Illinois Politics