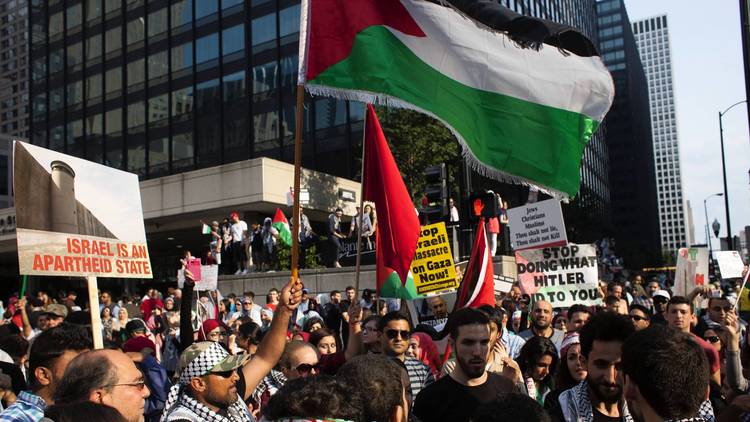 To the editor of the CBS Chicago online publication,

Monday, Jul 21, 2014, NBC Chicago posted a report about a leaflet threatening crimes against the Jewish community if Israel does not end its siege of Gaza. NBC Chicago made a mistake by connecting this hate crime to Sunday’s peaceful Chicago protest against Israel’s strikes on Gaza. The fact is, there are hate crimes against both Jews and Muslims in Chicago, and trying to make the Israel-Palestine Conflict a religious issue only adds to this problem.

NBC Chicago is attempting to create a divide among Chicagoans by reporting this story with a clearly biased, pro-Israel stance. It is shamefully misleading to allege that protestors may be behind this, just because of their stance against Israel’s strikes this month. These strikes have killed hundreds of innocent Palestinian civilians, including women and children, a total of more than 1,400 casualties. NBC Chicago is playing into Israel’s narrative that all Palestinians and supporters of Palestine are bent on the destruction of Jews and the Jewish state.

Palestinians are not anti-Jew. Palestinians are anti-apartheid and fighting for their basic human rights against the high-tech Israeli army, furnished by the USA. Sunday’s protest demonstrated that Israel’s narrative is far from the truth. It is ridiculous to assume that the many Jewish people who joined the protest against Israel’s bloodshed in Gaza, might have connections to this hate crime. For more information about Jewish people in support of justice for Palestine visit http://jewishvoiceforpeace.org/.