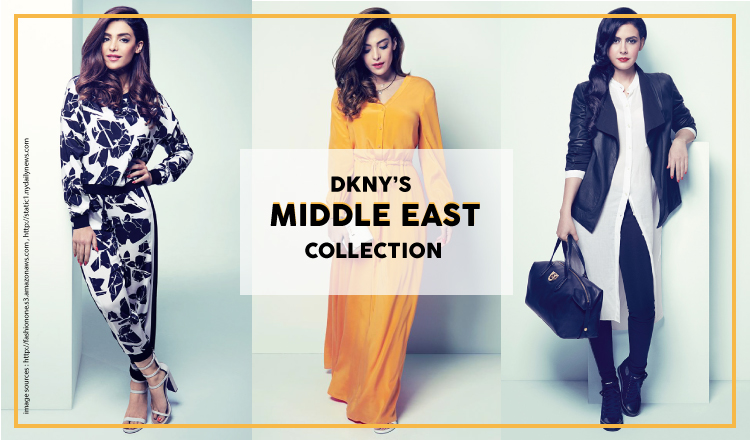 DKNY has released its annual summer line, but there is something different this year. Instead of the regular clad and revealing summer appropriate clothing, DKNY has debuted there first ever “Ramadan Line.” The line, which was designed by Yada Golsharifi, fashion editor of Styles Magazine, and Tamara Al Gabbani,a fashion designer in Dubai, is specifically targeted for Muslim women.

The line, which is just in time for Ramadan, features clothing that is explicitly tailored for modestly dressing Muslim women. Its long sleeve shirts, pants, and dresses add an element of chic to modest clothing. This line is the first regionalized collection of its kind from the New York brand. The line targets its new base in the Middle East, which is obviously known for its Muslim population.

Although the brand features Muslim-friendly garb, a lot of people are calling the line out. Ramadan is supposed to be a time for charity, not fashion. As the Yemen Times commented “Isn’t it crassly materialistic to drop a thousand dollars or more on this kind of clothing, in this, the holiest of months?” For Muslims, Ramadan is supposed to be a time for spiritual reconnection and reflection. Muslims are encouraged to give charity and support to those in need. Instead of throwing $1,000 away on an outfit, Muslims are encouraged to donate that money to a more worthy cause. At the same time, however, Ramadan is supposed to be a joyous time, ending with Eid Al-Fitr. The Prophet Muhammad told his followers to wear their best clothes on Eid, so that is the justification that many women will be sure to use this Eid.

Another issue with the line is that it is only in the Middle East. The line isn’t available online, making it next to impossible for Muslims in other countries, or women who simply want to buy the pieces. Muslim countries already offer a variety of modest clothing, so it’s not like DKNY is really introducing anything new to this region. The Middle East is home to some of the wealthiest countries in the world, so adding a line that complies with the people’s beliefs was an obviously tactical move. While the move to offer Islamically appropriate clothing in Muslim dominated countries was a smart move for the brand, it still would have been a good idea to offer the line elsewhere. There is a demand for this type of clothing all over the world, so it would have been strategic to also offer the line online for women worldwide to purchase. The line features sophisticated and chic clothing that women, Muslim and non-Muslim alike, would appreciate.

Although the line isn’t readily available to the mass market, it is sure to be a hit in the Middle East. As Eid Al-Fitr outfits go, DKNY was surely a go-to on many Eid shopping lists this year.

Investment in Community Service has the Greatest Return during Ramadan